The Japan Prize Preparatory Foundation was established on November 1, 1982, with the approval of the Prime Minister, for the purpose of establishing the Japan Prize as a prestigious international award in the field of science and technology.

The creation of the Japan Prize was motivated by the desire to “express Japan’s gratitude to international society.” This plan was advocated in 1981 by Mr. Taro Nakayama, the then Director General of the Prime Minister’s Office, and supported with a fund donated by Mr. Konosuke Matsushita, the founder of Panasonic Corporation.

The Government issued the following cabinet endorsement on the establishment of the Japan Prize on October 28, 1983:

The official position of the Japanese Government is that the Japan Prize, to be bestowed by the Science and Technology Foundation of Japan*, will serve to deepen the understanding of the role played by science and technology in furthering world peace and prosperity, thereby making a vital contribution to the positive development of mankind. Based on this judgment, the government agencies concerned are urged to offer whatever cooperation necessary in all phases pertinent to this Prize. 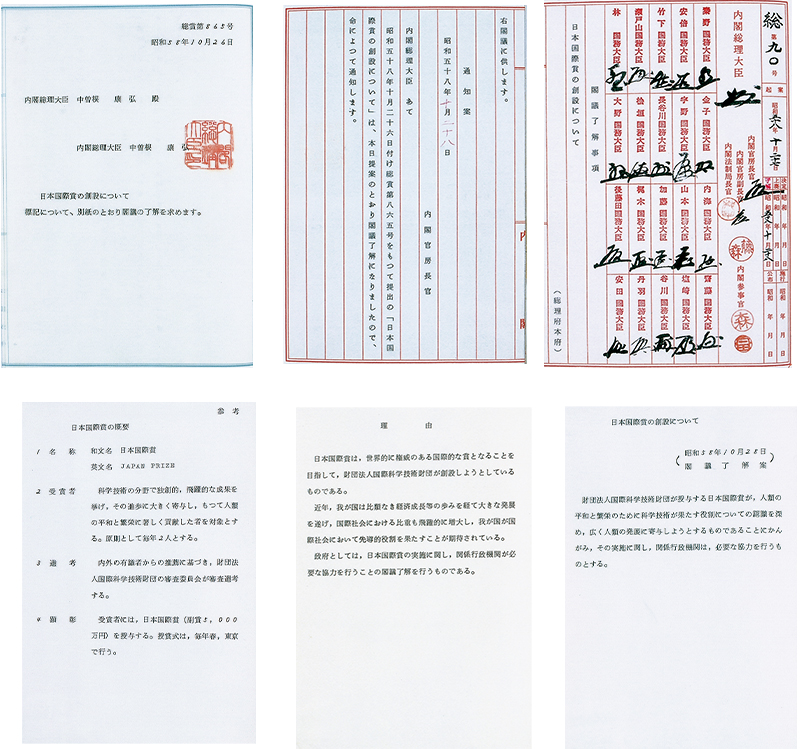 * The official documents of the Cabinet Endorsement