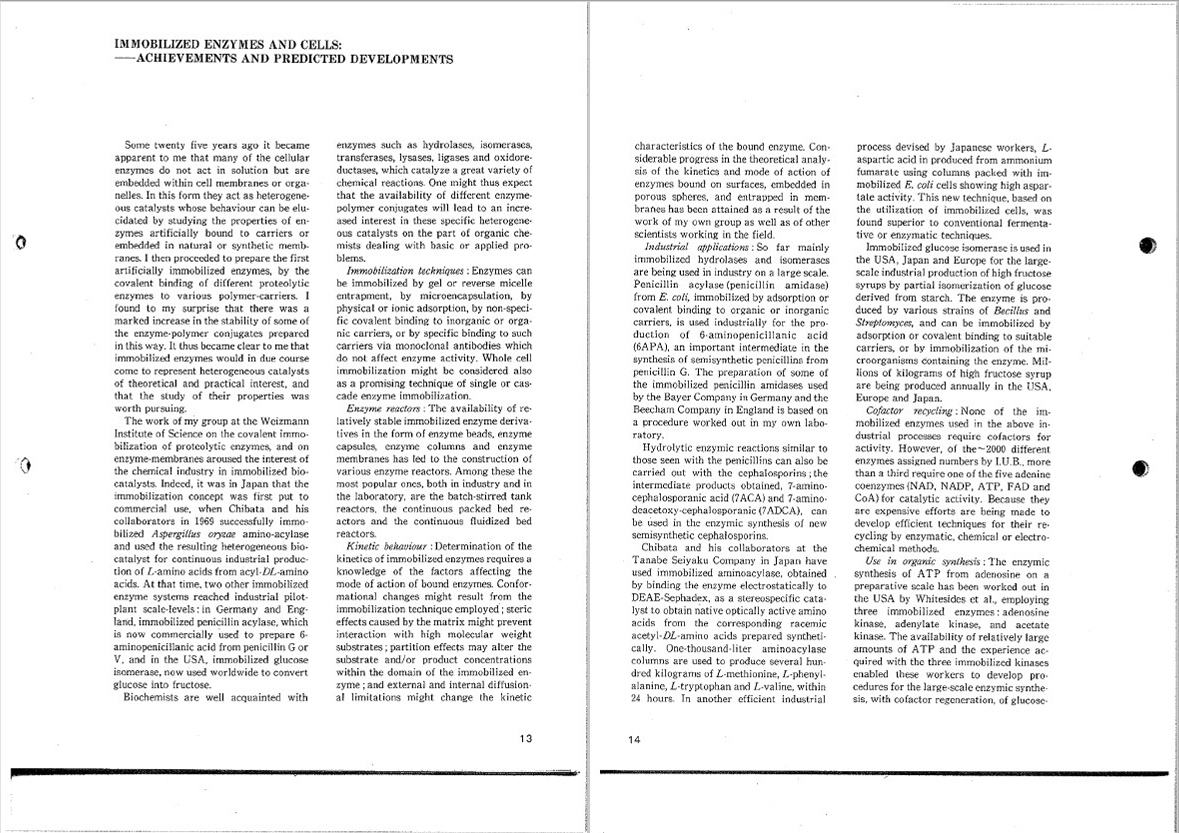 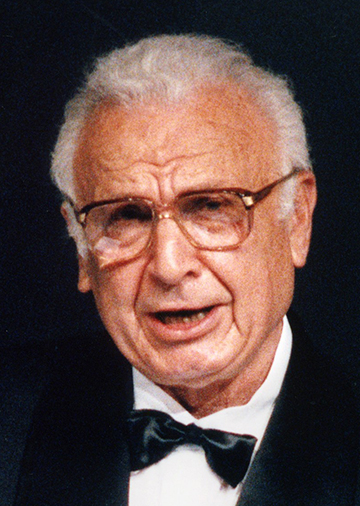 Biotechnology is an area of scientific technology for the utilization of various functions of living organisms. Biotechnology has marked an era of founding progress since the beginning of this decade. It not only came to find wide and new applications, but also made incalculable contributions to the progress of basic science, too. Biotechnology, to put it simply, is about using as catalysts such substances as enzymes or cells of micro-organisms, plants and animals. It is also for mass production of various physiologically active substances of pure quality, such as hormones, amino acids and immunorestrictive agents. Biotechnology is also for producing various foodstuffs and substances for removing environmental pollutants and other purposes. The progress of biotechnology owes largely to many new technological discoveries and renovations.

Dr. Katchalski for one, developed a method for settling enzymes, as well as worked out a way for recombining DNA of one living organism with that of another. He is also credited with having come up with an entirely new method of fusing two different kinds of cells together.

Dr. Katchalski-Katzir was originally trained in physics and chemistry. He later switched to biotechnology, and made great breakthroughs in the discovery and development of settled enzymes – one main area of biotechnology – and bioreactors and bioanalyzers that use settled micro-organisms and plant and animal cells. Dr. Katchalski-Katzir is a true pioneer in this field, and very active today as a professor at the Weizmann Institute in Israel. Enzymes are essential biological catalysts for living organisms to sustain life. But because enzymes are made of protein, they are soluble in water and unstable by nature. Immobilized enzymes, on the other hand, retain their function as active catalysts without being unstable and soluble in water. As such they can be applied to various practical uses. In as early as 1960, Dr. Katchalski had elucidated the fundamental theory for immobilizing enzymes some insoluble substance, such as synthetic resin, without depriving them of their catalytic activity.

Further, he and his colleagues developed scientific theories on the influence of charged distribution and solubility or hydrophiles and hydrophobes with the structures and other conditions on enzyme molecules and their physical and chemical environments, and determined which substances were best suited to the structure and catalytic activity of enzymes. Their findings became a basis on which immobilized enzymes were put to practical use as well as explained how enzymes could acquire improved activity by being immobilized. And with further research, Dr. Katchalski and his team helped to greatly advance studies in this field, both theoretical and practical. Basically there are three methods: first, is in combining or covalent binding of organic high polymers which are hydrophobes, and compounds and other inorganic materials; second, is containing enzymes in natural high polymer grids or in microcapsules or fibers; and third, bridging method of the molecules or enzymes. Microorganisms and fungi were also the objects of successful immobilization.

Dr. Katchalski originally advocated the active dynamic method, whereby insoluble carriers in granular forms may be combined into columns. And through the flow methods, chemical reaction may be started. Thus immobilized enzymes, the property of function of enzymes as a carrier, or catalyst rather, may be stabilized and they may not have to be thrown away after each use. They can be reused repeatedly. And by further improving the property of immobilized enzymes, we were able to create more favorable results to the catalytic reaction, for example, changing the optimum pH value or to use the enzymes on hydrophiles and hydrophobes or hydrophobic substrates.

And also by utilizing this unique property of enzymes, chemical reaction that cannot take place with normal catalysts may be realized in sustained way, under normal temperature and normal atmospheric conditions and in living organisms. Immobilized enzymes and immobilized cells thus developed are extensively used today in practice and in industry in particular. For example, for biochemical research of substances comprising living organisms or blood analysis of patients in clinical, chemical examination or for analysis of various food ingredients and for analyzing a huge variety of specimens and materials in a fast automatic way. Here, these immobilized enzymes had been highly evaluated as bioanalyzers and biosensors. With this vastly expanded industrial use, this has given rise to the production, as bioreactors of natural, optically active amino acids and compounds and new antibiotics and physiologically active materials.

By extending the horizon of theory and substantiating or demonstrating in this area, Dr. Katchalski proved himself a neo-pioneer. His unique and original results are without parallel anywhere in this field. It is therefore quite appropriate that Dr. Katchanlski be the recipient of the first Japan Prize in the field of biotechnology.