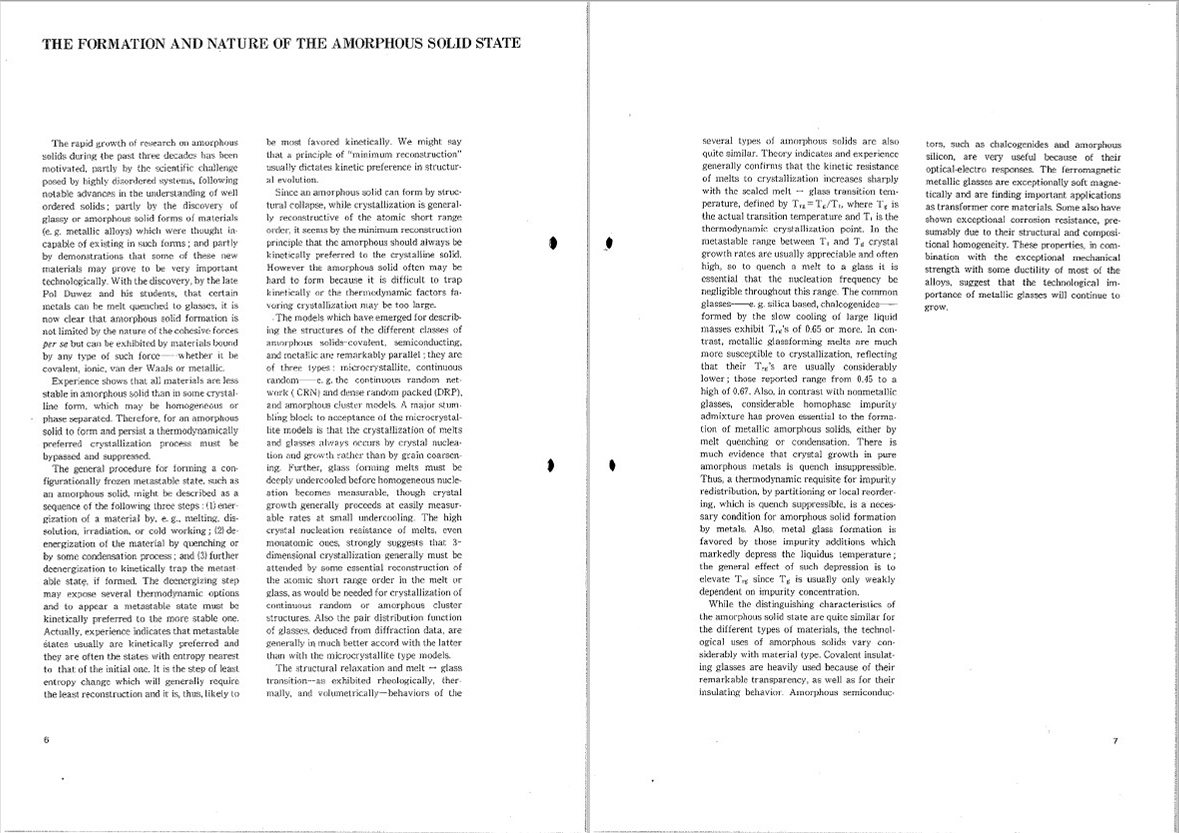 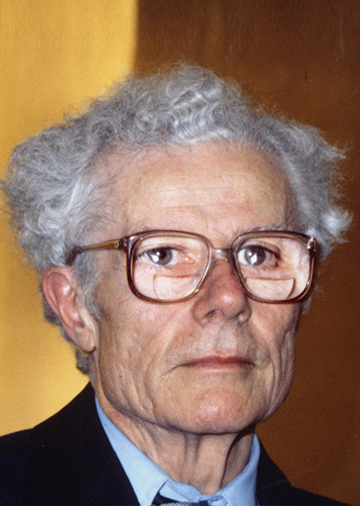 Glass was available to mankind since the olden times as you are very well aware, but amorphous alloys, which have the random configuration of atoms, were made available to us only a quarter of a century ago. Amorphous metals are now used in inexpensive solar cells. They are very efficient as a material for such, and also have been used to create stainless steel materials which are less corrosive than conventional ones. They are also used to prevent the ion loss in transformers and can also be used efficiently to create extremely large capacity magnetic memory as well as materials of greater strength. Amorphous metals are long enduring catalysts, which are several hundred times more active than crystalline alloys, so, they have made a large impact on various industrial area. I believe amorphous metals have a promising future in this regard.

Dr. Turnbull had predicted theoretically what kind of alloy would easily transfer to the glassy or the amorphous phase during the process from molten to set state. This was in 1958. Experimental confirmation was done two years later by Dr. Turnbull’s close friend, the late Dr. Paul Duwez, a professor at the California Institute of Technology. Dr. Duwez used a gold silicon alloy to demonstrate and confirm this theory. This prediction by Dr. Turnbull was the natural result of his new theory concerning crystal nucleation, which was a creative experiment showing that minute metal droplets do not solidify before reaching very low temperatures, and his deliberations about the movement of atoms in liquids, and their viscosity. By probing deeper into natural phenomena, I believe he was able to establish distinguished findings. For example, by controlling the growth of the crystal nucleus, he could create an amorphous metal. But it needed to be quenched very quickly at a drastically low temperature, when viscosity reaches 10-12 poise. Amorphous metal could be easily obtained but such leading principles were first made clear by Dr. Turnbull. If an alloy has a very large discrepancy in melting points, then it can be transformed into an amorphous metal, such as was demonstrated by palladium nickel. This is possible due to the super-cooling process as well as with the normal cooling.

Dr. Turnbull has pointed out that viscosity is a very important factor in the amorphous metal property. Presently, because we can apply super-cooling at a very high speed. This technology has already been commercialized, so we can cool the metals into this super-low temperature to get the amorphous state. A spaddering method or vacuum-vaporing method has been utilized in order to attach the metal to the surface of the substrate. A thin layer or film of amorphous metal has been used, for solar cells, as well as fuel cells. This technology has been utilized or applied to semi-conductors as well as IC chips.

These achievements were made through the leading principles developed by Dr. Turnbull and they have made great contributions to industry as well. The great collection of the particles of the materials, the atoms, would, with an abnormally high speed, move among the structures. Using this phenomenon, the high polymer or such IC’s have been made available. And with the special movement of atoms, it was discovered that in the growth of the crystal, different methods of crystal growth have been developed, thereby making the freely dislocated crystals available for industry. Therefore, Dr. Turnbull is seen as a major leader in the field of materials science.

Dr. Turnbull is a man of modesty and integrity. He is one of the representative professors at Harvard University and he is highly esteemed and acclaimed by fellow scientists. He has been long involved in the editing of the Solid State of Physics along with Dr. Sikes.

We have taken into consideration all these aspects – metal polymer, compound material, amorphous metal and we have screened the distinguished candidates very carefully for the prize. We thought that it was indeed fitting to confer the Japan Prize on Dr. Turnbull.