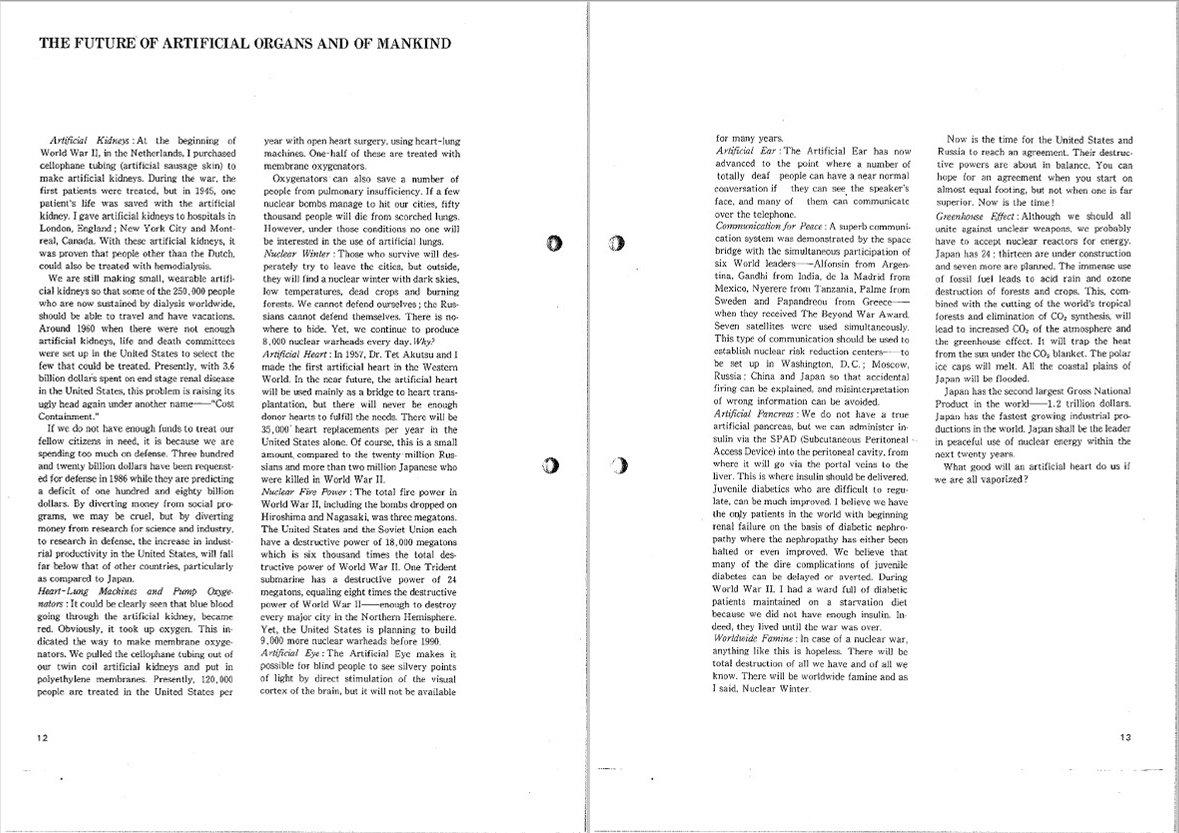 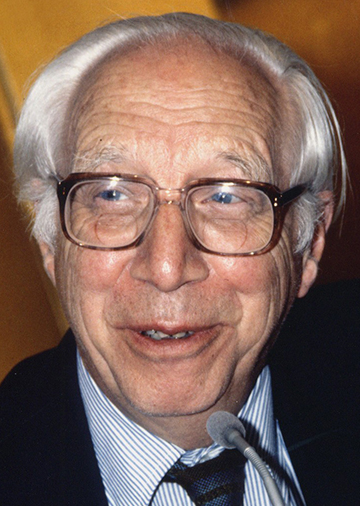 Professor at the University of Utah. Head of the Institute for Biomedical Engineering

There has been significant progress made in the field of clinical medicine, including the diagnosis and treatment of patients, and this has contributed greatly to the welfare of mankind. Among the various medical technologies today, we have the transplantation of artificial organs. When a patient is severely disabled by a disease or an accident, or when it is impossible to revive the functions of a damaged organ, the patient may die. With the advent of modern technology in medicine, we can now substitute live organs with artificial ones. Artificial organ transplantation is also one of the means to replace or substitute for malfunctioning organs. So, it is indeed an epoch-making medical technology in modern medicine.

Dr. Kolff is the father of this technology, namely the transplantation of the artificial organ. In 1943, in his native Netherlands, Dr. Kolff, developed a rotating drum-type artificial dialysis system by coiling a cellophane tube around a wooden cylindrical support rod and administering a drug into the bloodstream so that the blood would not coagulate. Outside the tube, the dialyzing fluid, which is very similar to actual blood, was passed. Using the property of the cellophane backlash, toxic substances could be removed from the fluid. Using this equipment, Dr. Kolff successfully treated a 29-year-old female uremic patient – the world’s first successful clinical case in this field. Dr. Kolff then moved to the United States, and concentrated on the development of more reliable and easy-to-handle types of dialyzers.

From 1957, artificial heart research has been initiated under Dr. Kolff’s direction. He has instructed and directed distinguished co-researchers and made tests on animals as well as other experiments. He has been enthusiastically pursuing research in artificial heart replacements.

The intra-aortic balloon pump (1ABP) was invented and developed by Dr. Kolff’s group in 1962. Today, over 100,000 cases of accute myocardial failures in the world are treated annually with excellent results. Furthermore, Dr. Kolff has made significant contributions in developing research for bio-materials as well as preservation methods for transplanted organs, artificial hands, and new forms of sensory organs. He has been deeply involved in the research and development of all of these technologies. Compact and high performance equipment has been developed to further improve the quality of life for the patients. Dr. Kolff has personally been eagerly involved in the research and development and has had various significant clinical successes. He has made a great impact on researchers around the world.