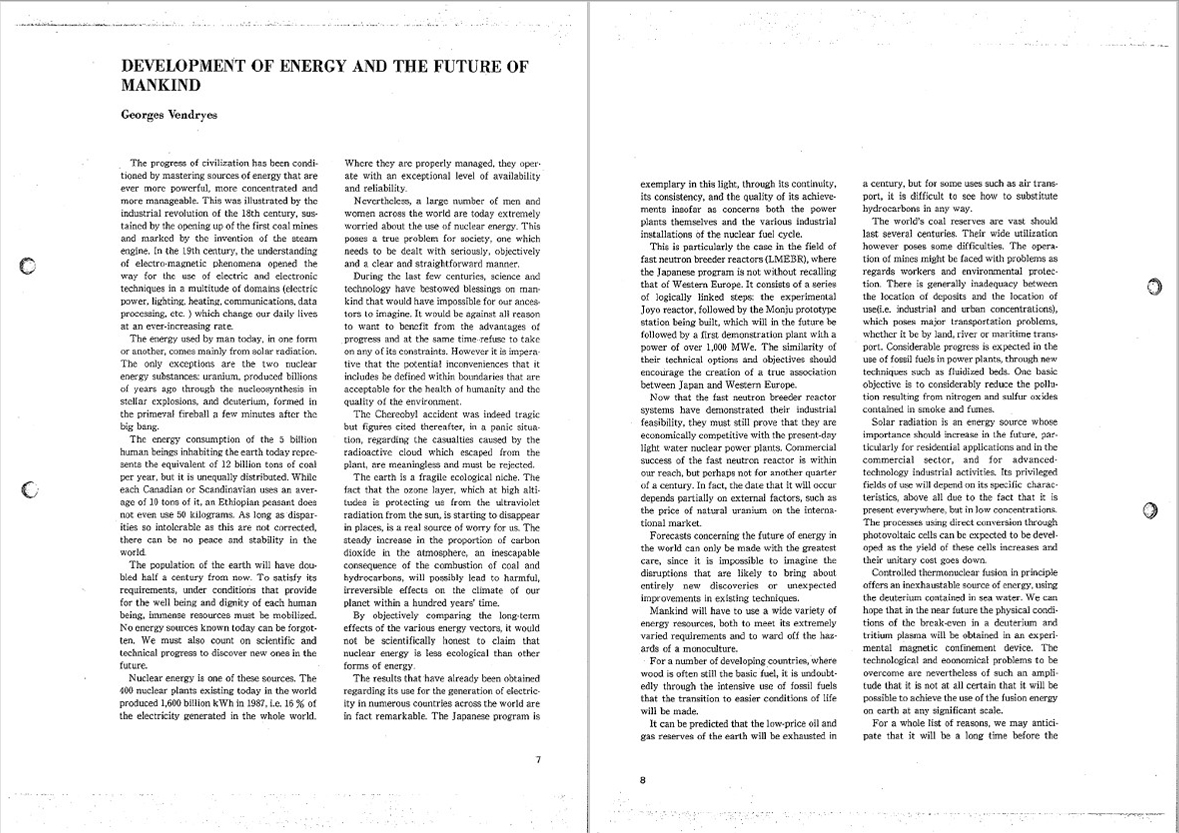 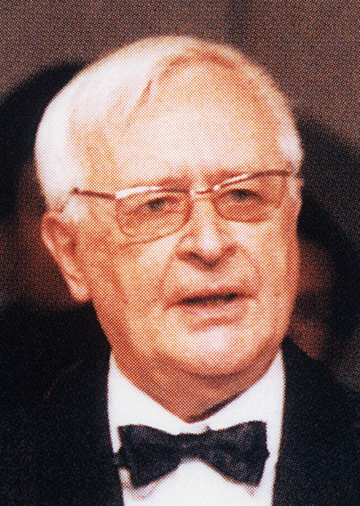 Scientific advisor to the president of the Commissariat à I'Energie Atomique

Today nuclear energy supplies about 16 percent of the world's electric power. In some countries, it accounts for up to 70 percent.

However, the present reactors used for electric power are thermoneutron reactors, mainly of the light water-type whose breeder ratio is approximately 0.6 and energy utilization efficiency of the natural uranium resources represents only a small percentage. In order to fully utilize the uranium resources, the development of a fast breeder whose breeder ratio surpasses 1 has been one of the original technological targets in nuclear power research.

It is through this development that nuclear power will be able to continue with our limited supply of energy resources in the coming century to make great contributions to mankind.

Dr. Vendryes entered the French Commisariat à I'Energie Atomique in 1952. Following his contribution to the establishment of the fundamentals of nuclear design, he emphasized the need for developing a fast breeder reactor. With the cooperation of Italy, West Germany and the United Kingdom, the building of the experimental reactor, "Rhapsody," was started.

Throughout the 30 years until the successful completion of the "Super Phoenix," he was the leader of fast breeder reactor development in Europe and he established several practical technologies. The "Super Phoenix" was the world's first large-scale breeder with an electric power output of 1.2 million kilowatts.

After reaching a critical level in 1986, output tests conducted up to now have confirmed the safety of the design in regard to its fundamental characteristics. The success achieved with the "Super Phoenix" has been widely recognized as the greatest recent event in the sphere of nuclear energy. It can be said that with its success, the basic design for the fast breeder reactor has been established.

From the pioneering period of nuclear energy research, Dr. Vendryes has endeavored, as a leader, to propel fast breeder reactor development plans and his achievement in completing the test reactor is very outstanding. By establishing epochal energy technology that transcends the restrictions of resources in future energy supplies, he is highly evaluated for his giant contribution to the solution for mankind's energy problems.

The achievement of Dr. Vendryes is highly valued and deserving of the Japan Prize in the field of Energy Technologies and here we recognize his distinguished contribution to the world by awarding the prize.