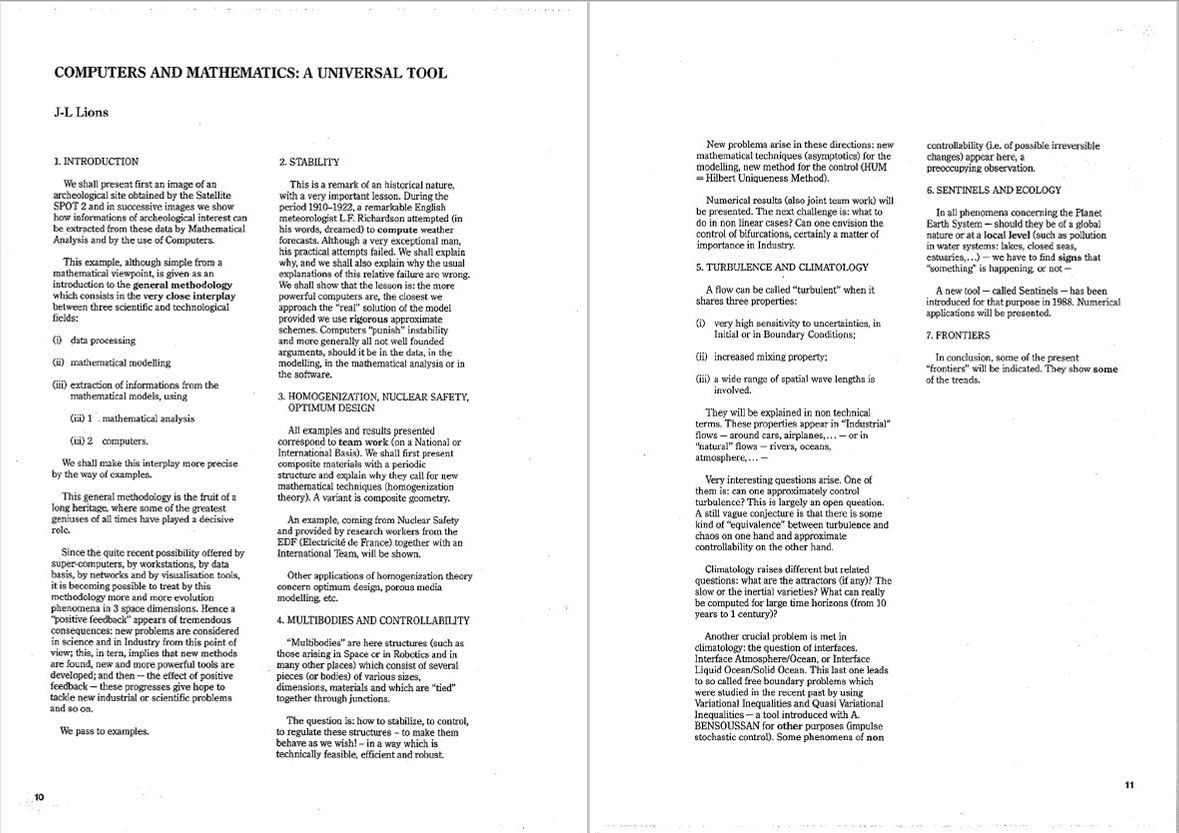 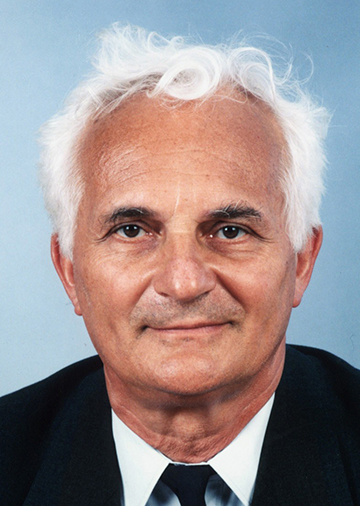 Recently, with the progress in numerical methods by use of computers, applied mathematics has come to play an increasingly role in various fields of engineering and applied sciences, making remarkable contributions to research as well as to the resolution of practical problems in industrial and other applications.

Actually, the whole scope of modern applied mathematics is so extensive that, in soliciting recommendations for candidates and in selecting the winner for the Japan Prize in applied mathematics for 1991, particular emphasis has been laid on achievements in applied mathematics which are based on analytic and numerical methods and whose applications have made significant contributions to the solution of practical problems in industry and other fields.

From the view point mentioned above, we have found that Dr. Jacques-Louis Lions by far best deserves the Japan Prize of this year for his pioneering and creative research works in the field of the analysis and control of distributed systems, and for his leading contributions to found and promote applied analysis, which is an important part of modern applied mathematics, being based on mathematical analysis and scientific computations. As a consequence of his efforts, applied analysis now flourishes worldwide to meet the needs in the present engineering and applied sciences.

Currently, Dr. Lions holds the chair of analysis and control of systems at the College de France and simultaneously the presidency of the National Center of Space Studies, France, CNES. He also served from 1980 to 1984 as the founding President of The National Institute for Research of Information and Automation, France, INRIA.

As a matter of fact, Dr. Lions started his academic career as a scholar on pure mathematics, specializing in analysis. Already in his early days as a scholar he gained a world-wide reputation for his contributions to evolution equations, nonhomogeneous boundary value problems, and interpolation spaces.

On the other hand, Dr. Lions was very early to become aware that a new field of applied mathematics should be formed to adapt mathematics to the new possibility of the scientific computation by computers, the successful adaption being expected to solve problems that remain to be answered or arise newly in applied sciences and engineering.

Toward realization of building-up and development of such new applied mathematics, particularly, its part based on analysis, Dr. Lions led the world firstly by being a pioneering and creative figure himelf in related fields, and secondly by making diverse efforts to promote the whole body of applied analysis energetically and with admirable foresight and leadership.

In this connection, we should refer to his efforts and successes in proposing new fields of research, inventing and improving methods of study, fostering younger researchers, forming a number of both national and international study groups, and organizing international symposiums in applied analysis, which have yielded a rapid progress of the discipline.

Indeed, it is not exaggeration to say that by Dr. Lions it became possible to establish the new field of applied mathematics which makes the best use of expertises inherited inside the traditional discipline of analysis and which can fully benefit from the powerful functions of modern computers.

Here we should like to say a few words about particular branches of study where Dr. Lions' scientific contributions are most remarkable.

To begin with, let us note that all of Dr. Lions' numerous works in applied analysis share a common feature that they are based on far-reaching reliable theory and, at the same time, they are intended directly or indirectly for applications to practical problems.

The asymptotic method for the homogenization problem introduced by him must be mentioned too.

The theory of control of distributed systems, including the stochastic one, has been created and developed by Dr. Lions. Although this theory is founded on subtle mathematical analysis like theory of variational inequalities, Dr. Lions also has made efforts to reduce the result to concrete algorithms so that users without sophisticated mathematical knowledge can apply the method to practical problems. Dr. Lions keeps his active study of control of distributed systems and has obtained recently important results for stabilization of large structures, exact controllability of distributed systems, and control under missing data. A part of these results has been reported in his John von Neumann lecture given in 1986.

It is quite interesting that Dr. Lions' method is the most promising one among existing mathematical approaches to the global and environmental problems.

As for applications in industry, Dr. Lions made considerable contributions in collaboration with qualified scholars, who have been fostered by him, and by helping relevant agencies and companies as a standing or an occasional adviser. Examples to be mentioned are his contributions to computational aerodynamics for the aero-space industry, simulation for the petroleum industry and mathematical analysis for the energy agent.