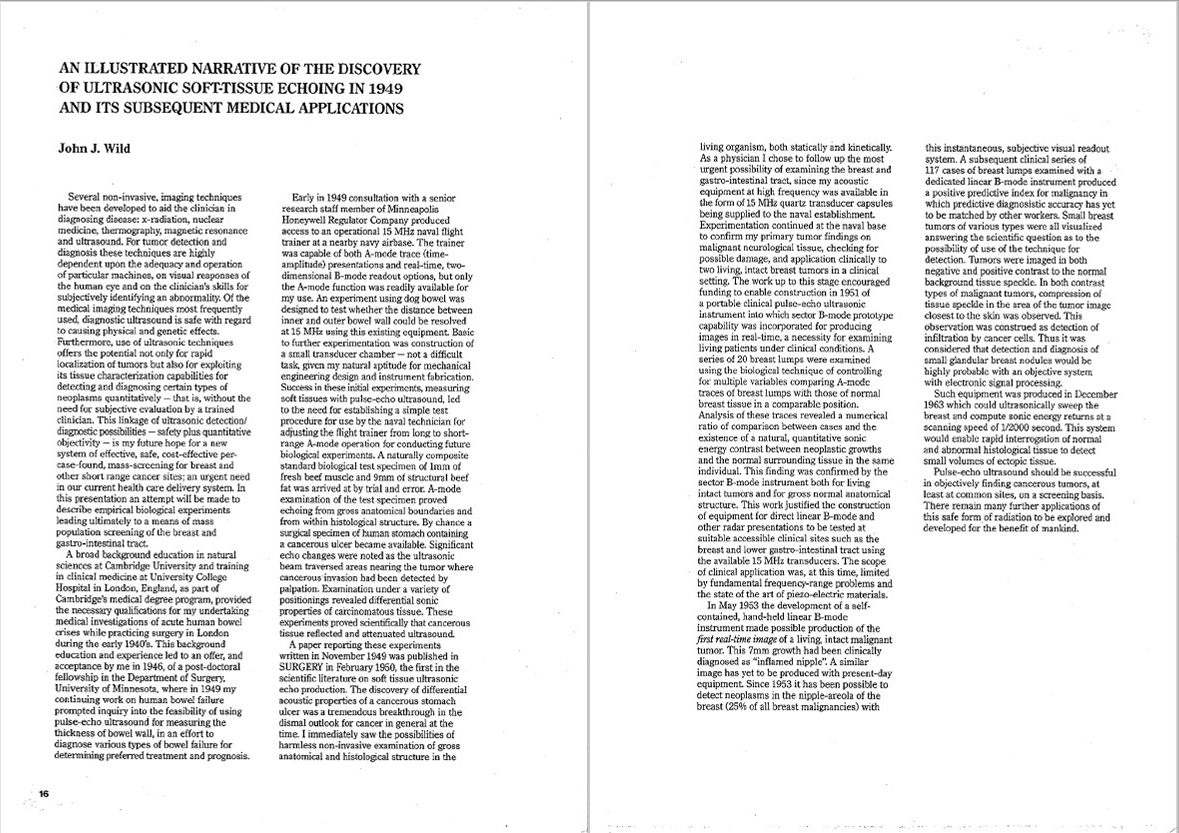 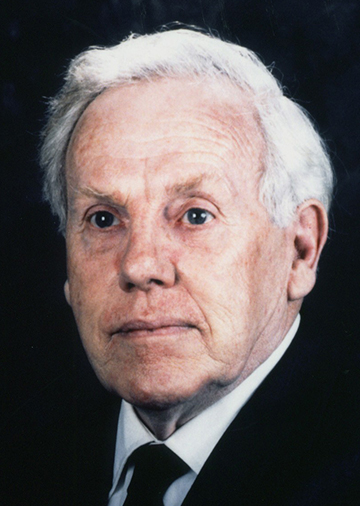 The wide spread use of medical ultrasound today has revolutionalized the state of the art of medical practice in many respects. Among the other imaging modalities such as the X ray CT and magnetic resonance imaging, the use of ultrasound imaging has brought at first time the non-invasive imaging of the human body to the reality. Dr. J. J. Wild, born in England and became surgeon in Cambridge University moved to United States after the 2nd World War and has happened to involve in the pioneering works of application of ultrasound in medical diagnosis.

In 1949, Dr. Wild became interested in using ultrasound to measure the thickness of the human bowel. He gained access to a Naval Air Station which had an ultrasonic tank that had been used to train pilots in the use of RADAR for aerial navigation. The slower propagation of sound in water enabled to simulate such a tank in a larger environment. He found that it was possible to demonstrate echoes from several thickness of bowel and also from different layers of tissues within a single specimen. This was strikingly aberrant and pathological in tissue within normal tissue and it was for this reason that he used frequencies as high as 15 MHz in order to make more manifest such interactions than would be possible with energy of longer wave length. In this way he showed that a brain tumor gave rise to reflections of much higher intensity than normal brain tissue so that the energy propagating through the tumor was attenuated twice as much as in propagating through the same thickness of normal brain. In 1950, he demonstrated a tumor buried within the excised brain by means of A-mode display and the following year correctly diagnosed a malignant cerebral tumor at operation. In 1952 Wild published the first two-dimensional ultrasonic tomograms using a sector scan of kidney in vitro and of a tumor in the thigh in vivo.

He also demonstrated a series of nipple-areola pathologies including an unsuspected 7mm cancer.

He also designed and constructed the first pulse-echo instrument for internal application used to demonstrate the histological anatomy of the living human colon (real-time, serial tomogram). A cancerous colon in the living subject was demonstrated with a similar technique in 1956.

Today, medical ultrasound has proved its usefulness not only in the developing countries but also in developed countries as well for the detection of malignant tumors, determination of blood stream in living tissues and even for the treatment of various disease including cancer and gallstones and renal stones.

Dr. Wild is truely the earliest pioneer that is still living in terms of developing ultrasound in diagnosis. While many inventions were never commercially produced, his concepts in many cases, have become clinically important tools, many of them being developed by companies using the basic concepts of Dr. Wild's early works.