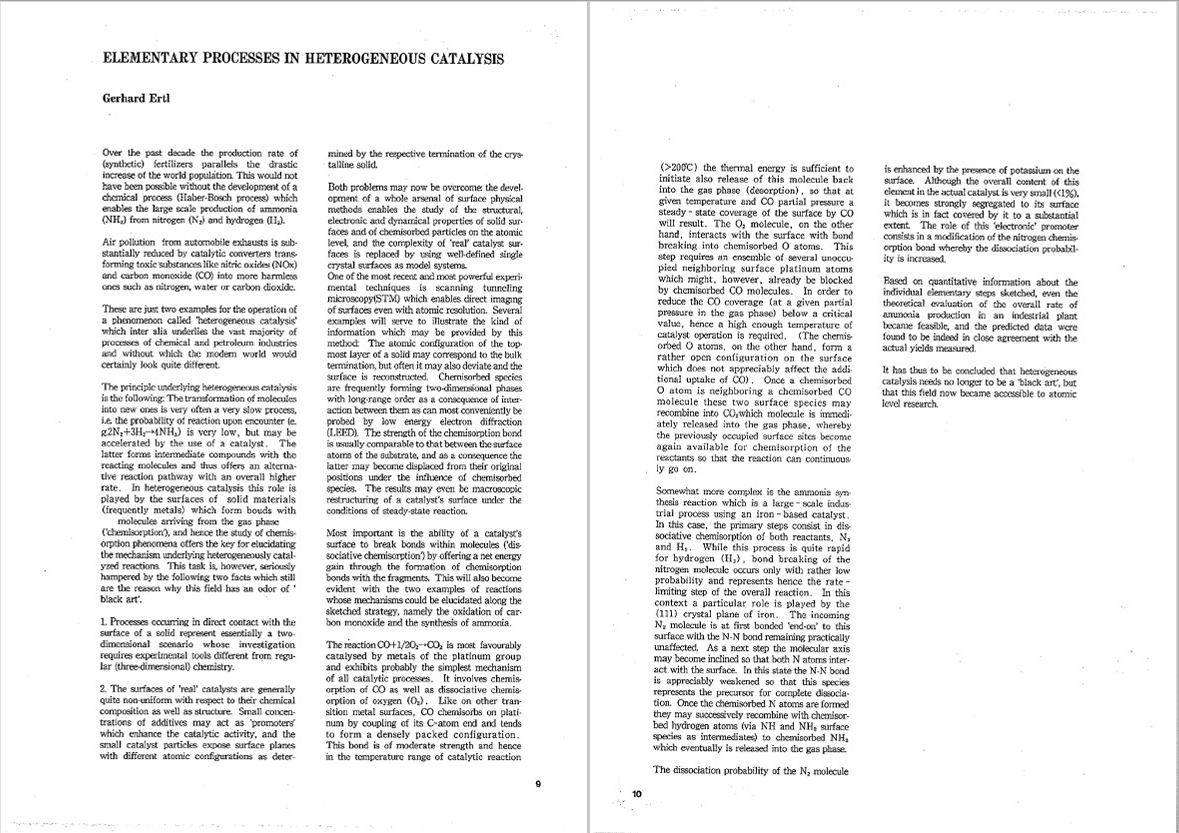 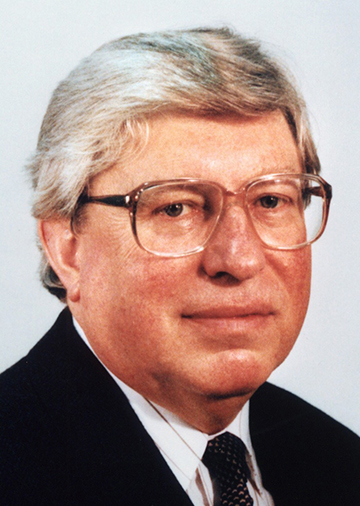 Catalysts are indispensable in synthesizing ammonia from nitrogen and hydrogen or synthesizing various useful materials like plastics from petroleum. In fact, many modern chemical industries were born as the result of the invention of a new catalyst. Catalysts are also widely used in automobiles to remove NOx from exhaust gas. Most industrial catalysts are of the type where small metallic particles are dispersed over a solid surface, and therefore the mechanism of their catalytic function is extremely hard to be determined in detail.

From the beginning of 1960's, Professor Ertl started his extensive investigations into the adsorption of hydrogen, nitrogen, carbon monoxide and other reactive molecules onto well-defined surfaces of metal crystals and performed detailed studies on the chemical reactions occurring on those surfaces. He has shown that it is very important to study dynamical aspects of solid surfaces in order to understand the catalytic behaviors of metals since their surface atoms easily move to form a reorganized structure as atoms or molecules are adsorbed on the surface. Consequently, a catalytic reaction often involves some kind of surface reconstruction. He also invented and applied a variety of new experimental techniques useful in studying dynamical behaviors of solid surfaces.

This new area of research which was first opened by Professor Ertl is now rapidly developing and providing a deep insight into catalysis. By this development, the science and technology of catalysis is now progressing towards the goal where a new catalyst of high quality can be designed at molecular level instead of seeking a catalyst just by the trial-and-error approach.

Professor Ertl initiated for the first time the investigation about the dynamical aspects of chemical behaviors of metal surfaces and has opened a new area of research which is very important for "the Science and Technology of Material Interfaces." We believe that Professor Ertl deserves to be awarded the Japan Prize of 1992.