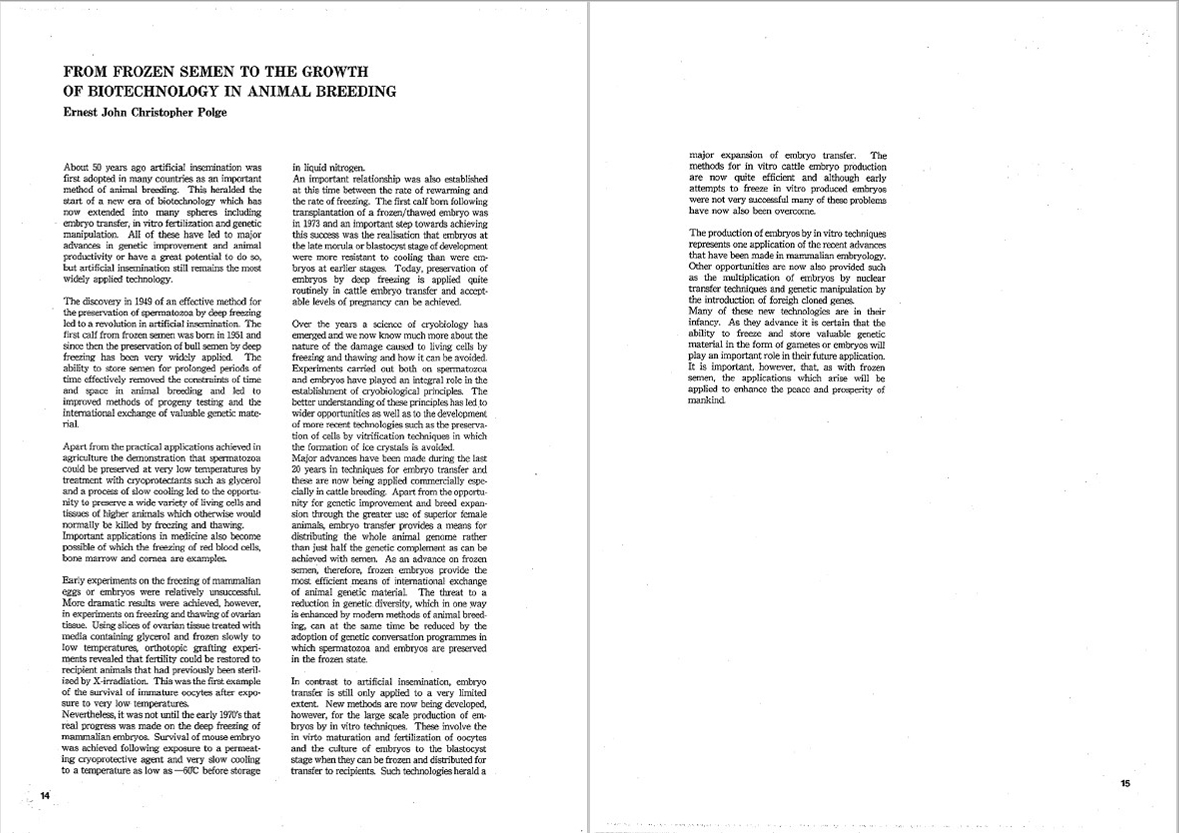 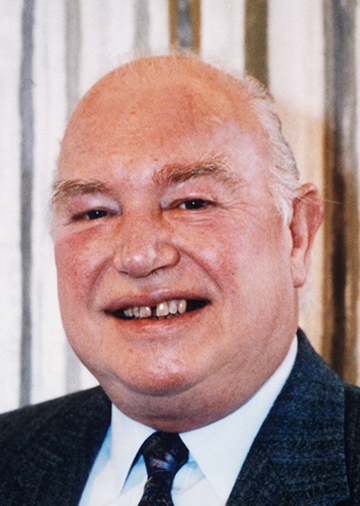 Prof. Polge has worked in Cambridge for over 30 years at the Animal Research Station Huntingdon Road. He is a specialist in reproductive biology, low temperature biology and the application of research in reproduction to animal breeding. He has published over 150 papers in scientific journals and undertaken numerous lecture tours in the UK and abroad.

He is a consultant to the FAO on the conservation of genetic resources and to the UNDP Biotechnology Programme in India, a member of the Genome Specialist Group of the International Union for the Conservation of Nature and advises the Technical Committee of Rare Breeds Survival Trust. He has been the UK representative on the EC committee concerned with the physiology of reproduction in farm animals. He has previously been Secretary and Chairman of the Society for the Study of Fertility and Chairman of the Society for Low Temperature Biology.

In the early 1950's, Prof. Polge and his colleagues reported in "Nature" a new method for preservation of spermatozoa whereby bull semen in glycerol-containing media with stood freezing at a very low temperature (-79℃). This has promoted the growth of what has become a new science of cryobiology with practical applications in various spheres in medicine and agriculture, for instance, freezing of embryos. There is no doubt that the largest application has been in the deepfreezing of semen for artificial insemination, particularly in cattle, in which the impact on breeding and livestock improvement has been very great. Prof. Polge was concerned not only with the development of the basic principles of semen preservation, but also with its application in Britain and elsewhere through active collaboration with organizations such as the Milk Marketing Board and the Meat and Livestock Commission.

Prof. Polge's work on reproductive physiology in farm animals has also made important contribution in a number of other areas. This is particularly true in relation to pig breeding. He was responsible for the first experiments on artificial insemination of pigs in the UK. He developed techniques for the control of reproductive cycles and carried out experiments on fertilization and early embryonic development. More recently he has been concerned with embryo transplantation and fertilization in vitro. The development of techniques for the preservation of embryos at low temperatures is now being applied in a number of farm animal species.

From what we have stated above, we believe that Prof. Polge truly deserves the Japan Prize of this year in Science and Technology for Biological Production by the unrivaled depth and width of his contributions to cryopreservation of semen and embryos in farm animals.