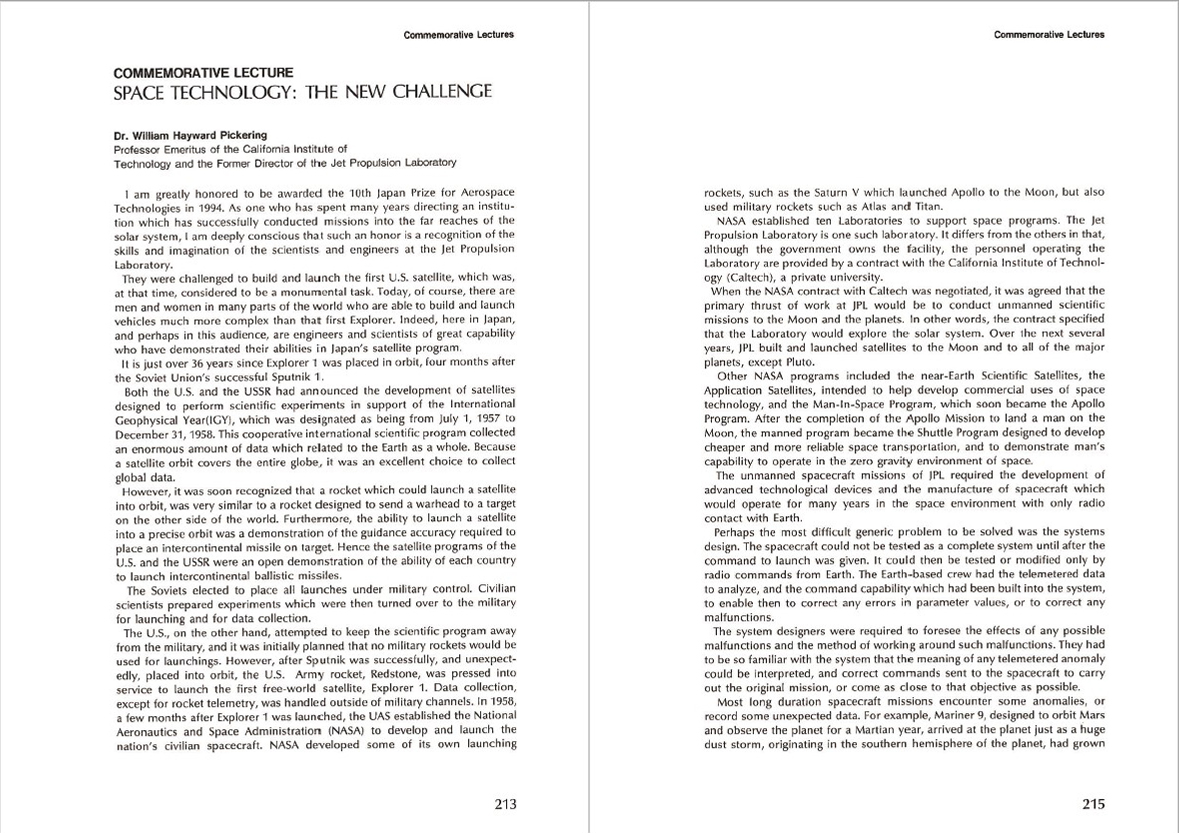 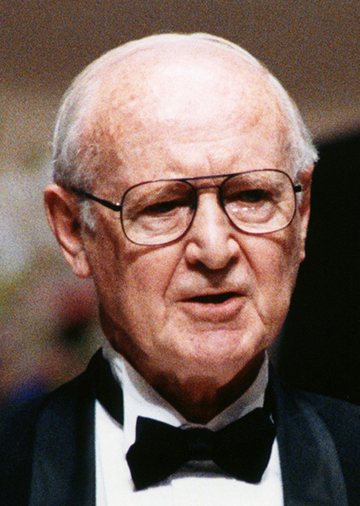 Professor Emeritus of the California Institute of Technology

Dr. Pickering received his B.S. degree in electrical engineering and M.S. and Ph. D. degrees in physics from the California Institute of Technology. In 1946 he became Professor of Electrical Engineering at Caltech.

Dr. Pickering is a leading astro-physicist with great insight and ability, and insatiable curiosity as well as being brilliant scholar of electrical engineering. In the 32 years from 1944 at the Jet Propulsion Laboratory (JPL) he had made many pioneering contributions to space technologies such as the development of spacecraft as a means for space explorations, and the development of deep space communications networks for data acquisition.

For 22 years Dr. Pickering was Director of JPL, he played a leading role in the development and the promotion of unmanned lunar and planetary exploration programs which brought enormous new knowledge of our solar system to all mankind.

He also greatly inspired his successors through these activities.

In November 1957, immediately after the successful launch of the Soviet Union's Sputnik, the responsibility for launching the USA's first artificial satellite was assigned to a team led by Major General John B. Medaris and included Dr. Werhner von Braun and Dr. Pickering.

Dr. Pickering and his Laboratory developed the three upper stages of the launching rocket, the telemetry equipment for data transmission from the cosmic radiation measuring instrument designed by Dr. James Van Allen, and the system integration of the payload, and so the USA's first artificial satellite “Explorer I” was launched in January,1958.

This success was achieved within a short period of time and was greatly attributable to radio telemetry, command and guidance technologies developed by Dr. Pickering.

In 1959, “Pioneer 4”, the design of which was led by Dr. Pickering, succeeded in becoming the first US man made object to escape from the Earth's gravitational field.

Well known triumphs of the US space program to which Dr. Pickering contributed include the lunar topography survey by the “Ranger” and “Surveyor” spacecraft, the exploration of Mercury, Venus and Mars by “Mariner” series of spacecraft and the soft landing on Mars by “Viking”.

After his retirement, Dr. Pickering's successors have continued his work in planetary exploration, and have achieved many valuable successes.

Dr. Pickering and his team were the first to utilize the Cassegrain type low noise parabolic antenna which is now regarded as essential for deep space communication.

Currently, with the exception of small size stations almost all earth stations used for satellite communications, including those of Intelsat, utilize Cassegrain type antennas and various other communications technologies developed by Dr. Pickering and his team.

It is well known that JPL developed new technologies for digital communications and digital image processing using general purpose computers under the direction of Dr. Pickering, and that JPL has succeeded in obtaining extremely clear images of the planets.

These image processing technologies are now being widely utilized in such fields as high definition television digitization, medical applications and related industrial applications.

As described, Dr. Pickering's achievements have made significant contributions to the “expansion of mankind's active domain to outer space” as a dream for the 21st century; and various space technologies developed by Dr. Pickering have greatly contributed to the welfare of all mankind.

In conclusion, Dr. Pickering is a very meritorious and deserving recipient of the 1994 Japan Prize.