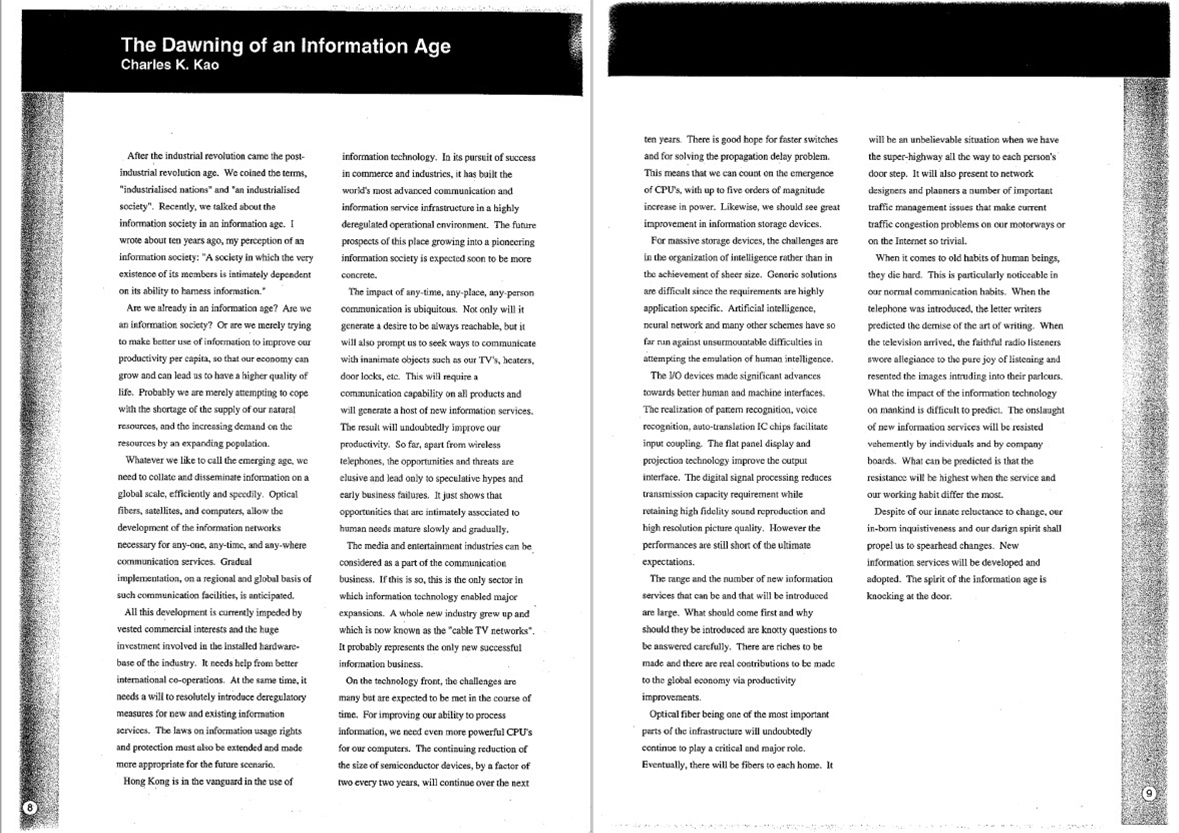 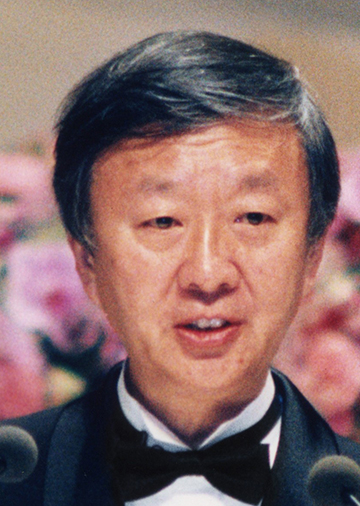 Vice-Chancellor and President, The Chinese University of Hong Kong

The construction of information and communication network, which is expected to bring forth an extensive social innovation from the end of this century toward the beginning of the next, owes very much to the recent progress in the communication technologies. Above all, the development of optical fiber communication technology, which allows to transmit a large quantity of information at reduced loss, has intensively promoted the progress. The optical communication system is composed of optical fiber to transmit light, semiconductor laser to emit light, photodiode to detect light, and various optic components to control the flow of light signals. In particular , the optical fiber has provided significant motive power to the growth of optical communications, owing to its low loss and enormous capacity of signal transmission in the single mode fiber, and excellent mechanical properties such as small diameter, and adequate tensile and bending strength.

The research on optical communications has been substantially started in 1960 by the invention of laser, and followed by studies simultaneously in three facets: light source, transmission line and light detector. The nominated laureate, Dr. Kao reported, in a paper published in 1966 in collaboration with Mr. G.A.Hockham, a foresight, in concrete terms, for the potential of massive optical communications based on single mode optical fiber, through estimation of transmission capacity of single mode optical fiber and transmission distance derived from the magnitude of expected loss and acceptable light power. Subsequently, Corning, Inc. developed low-loss optical fiber in 1970, to make a long stride to the commercialization of low-loss, large-capacity optical fiber communication and to open the way to the realization of Dr. Kao's foresight. In this way, the achievement of Dr. Kao and his coworker has played a leading and pioneering role in a series of efforts for exploiting transmission lines based on fiber optics, and provided tremendous impact to the further development of optical communication technology, acquiring high esteem in the international communities.

As mentioned in the above, the candidate, based on his foresight for the potential capability of optical fiber to transmit broadband information at low loss and on experimental demonstration of its feasibility, has exerted a sizable impact to the exploitation of optical fiber communications, which is currently under way to the world wide applications.