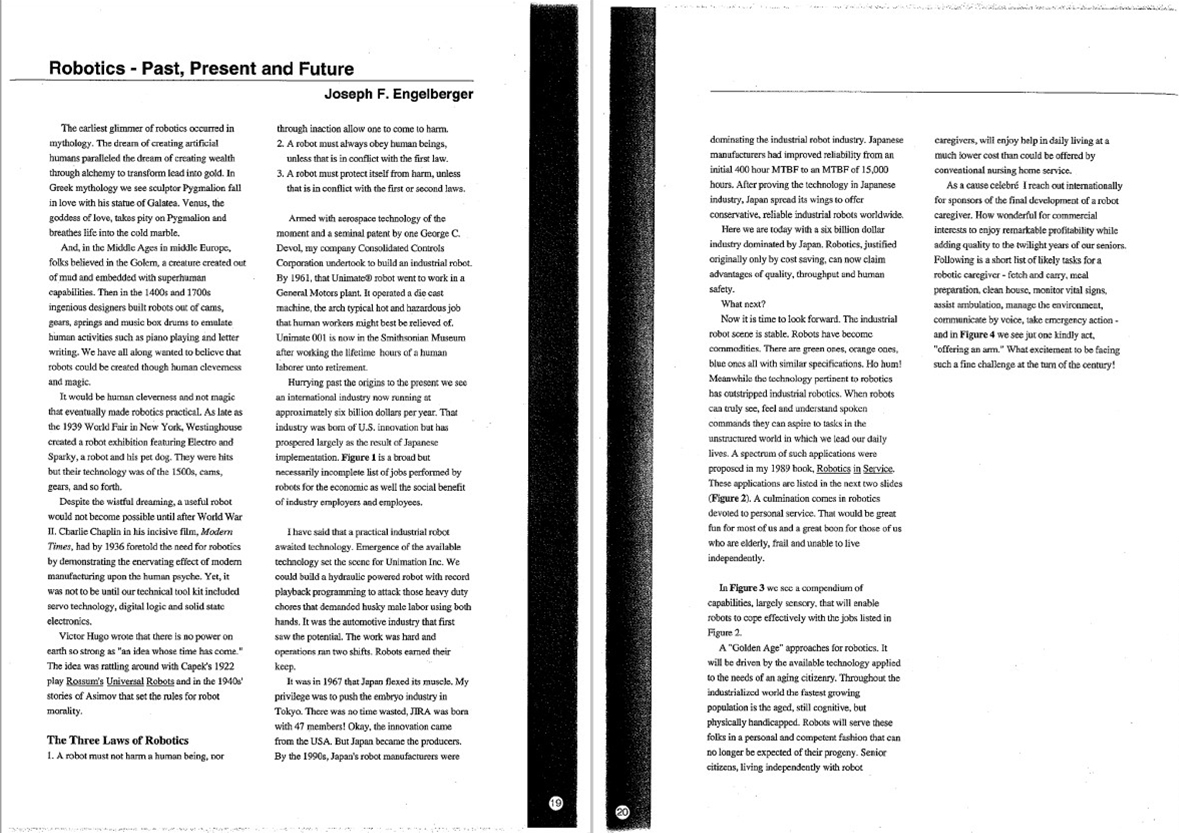 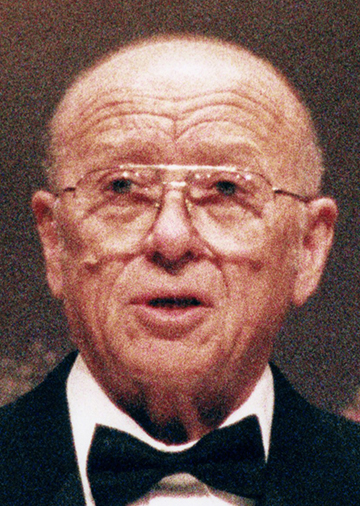 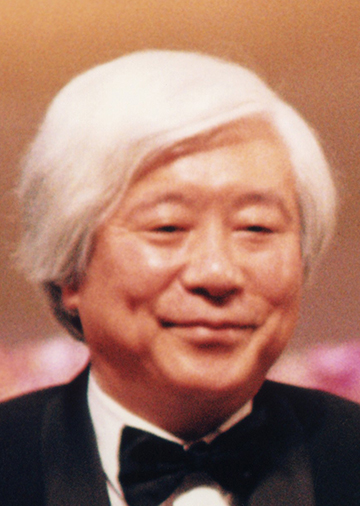 Former President, The University of Tokyo

Dr. Engelberger foresaw from the beginning that machines called robots would markedly improve productivity and was a key person in their development and introduction for practical purposes. He has greatly contributed to the long-term expansion and development of the world economy by innovatively improving productivity in the manufacturing industry.

The Robot Industries Association of the United States honored Dr. Engelberger by giving his name to the award of the association as Joseph F. Engelberger Robotics Award which is given annually during the symposium to individuals who have contributed greatly to the science and application of robots.

Design and manufacturing engineering has contributed greatly to improvement of manufacturing activities, resulting in a higher quality of human life. However, the large-scale growth of manufacturing has also created serious problems such as environmental destruction on a global scale, depletion of resources and excessive competition.

Dr. Yoshikawa has engaged in the study of design and manufacturing engineering with the aim of optimizing productivity and the artifactual environment on a global scale. He has shown that the professional disciplines associated with the production of artifacts have been too specialized with respect to the system of knowledge, which has made the solving of these problems difficult.

He has played a leading role in research in the systematizing knowledge related to design and manufacturing and has developed a new field called general design theory. Based on this concept, he has proposed that artifactual engineering be aimed at systematization of knowledge in order to solve the above global problems.

To realize this goal, he proposed an international joint research project, the Intelligent Manufacturing Systems Program, which was established in 1994 and in which Japan, the U.S.A., some European countries, Canada and Australia are participating.

As described above, Dr. Engelberger and Dr. Yoshikawa have contributed greatly to "Systems Engineering for an Artifactual Environment" through the establishment of the robot industry and in creation of a techno-global paradigm. For these reasons, they both deserve the 1997 Japan Prize.