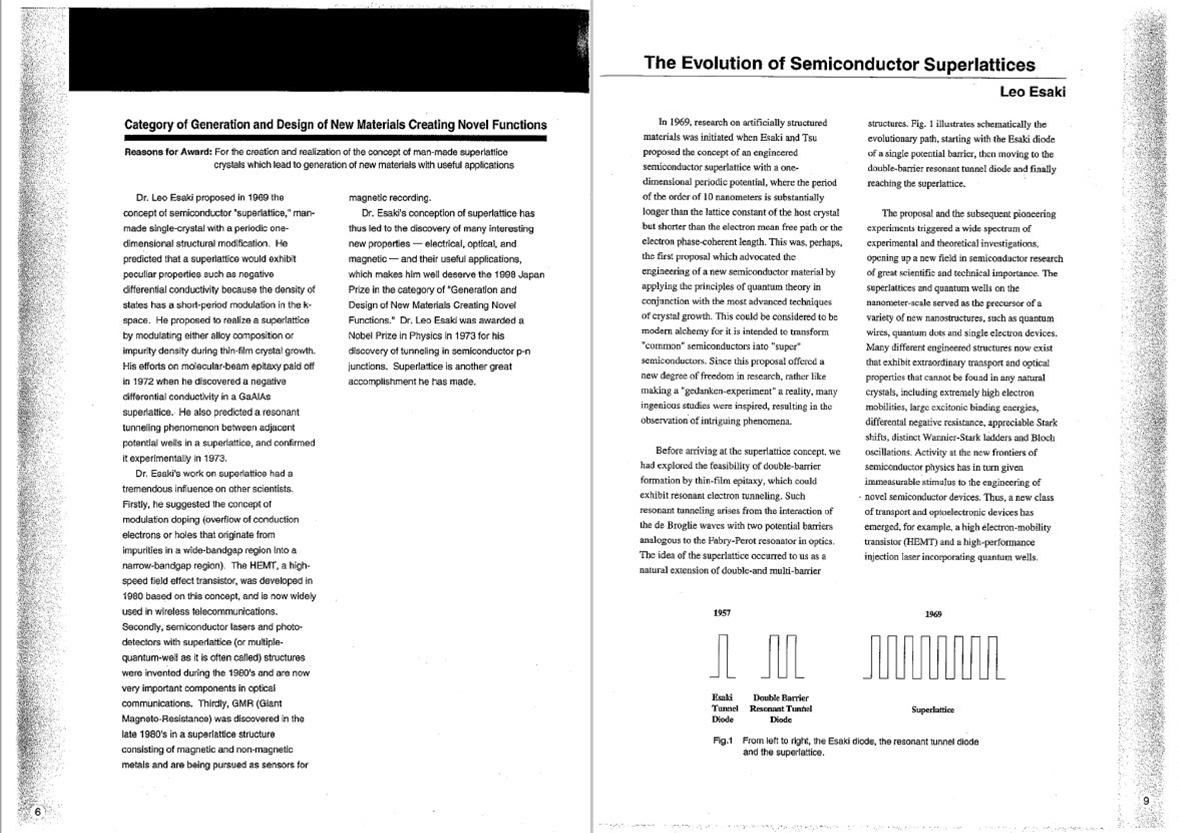 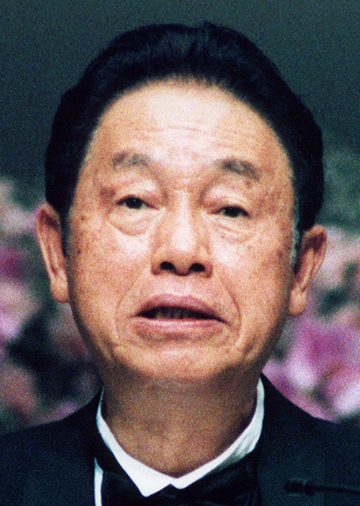 Dr. Leo Esaki proposed in 1969 the concept of semiconductor "superlattice," man-made single-crystal with a periodic one-dimensional structural modification. He predicted that a superlattice would exhibit peculiar properties such as negative differential conductivity because the density of states has a short-period modulation in the k-space. He proposed to realize a superlattice by modulating either alloy composition or impurity density during thin-film crystal growth. His efforts on molecular-beam epitaxy paid off in 1972 when he discovered a negative differential conductivity in a GaAlAs superlattice. He also predicted a resonant tunneling phenomenon between adjacent potential wells in a superlattice, and confirmed it experimentally in 1973.

Dr. Esaki's work on superlattice had a tremendous influence on other scientists. Firstly, he suggested the concept of modulation doping (overflow of conduction electrons or holes that originate from impurities in a wide-bandgap region into a narrow-bandgap region). The HEMT, a high-speed field effect transistor, was developed in 1980 based on this concept, and is now widely used in wireless telecommunications. Secondly, semiconductor lasers and photo-detectors with superlattice (or multiple-quantum-well as it is often called) structures were invented during the 1980's and are now very important components in optical communications. Thirdly, GMR (Giant Magneto-Resistance) was discovered in the late 1980's in a superlattice structure consisting of magnetic and non-magnetic metals and are being pursued as sensors for magnetic recording.

Dr. Esaki's conception of superlattice has thus led to the discovery of many interesting new properties -electrical, optical, and magnetic- and their useful applications, which makes him well deserve the 1998 Japan Prize in the category of "Generation and Design of New Materials Creating Novel Functions." Dr. Leo Esaki was awarded a Nobel Prize in Physics in 1973 for his discovery of tunneling in semiconductor p-n junctions. Superlattice is another great accomplishment he has made.