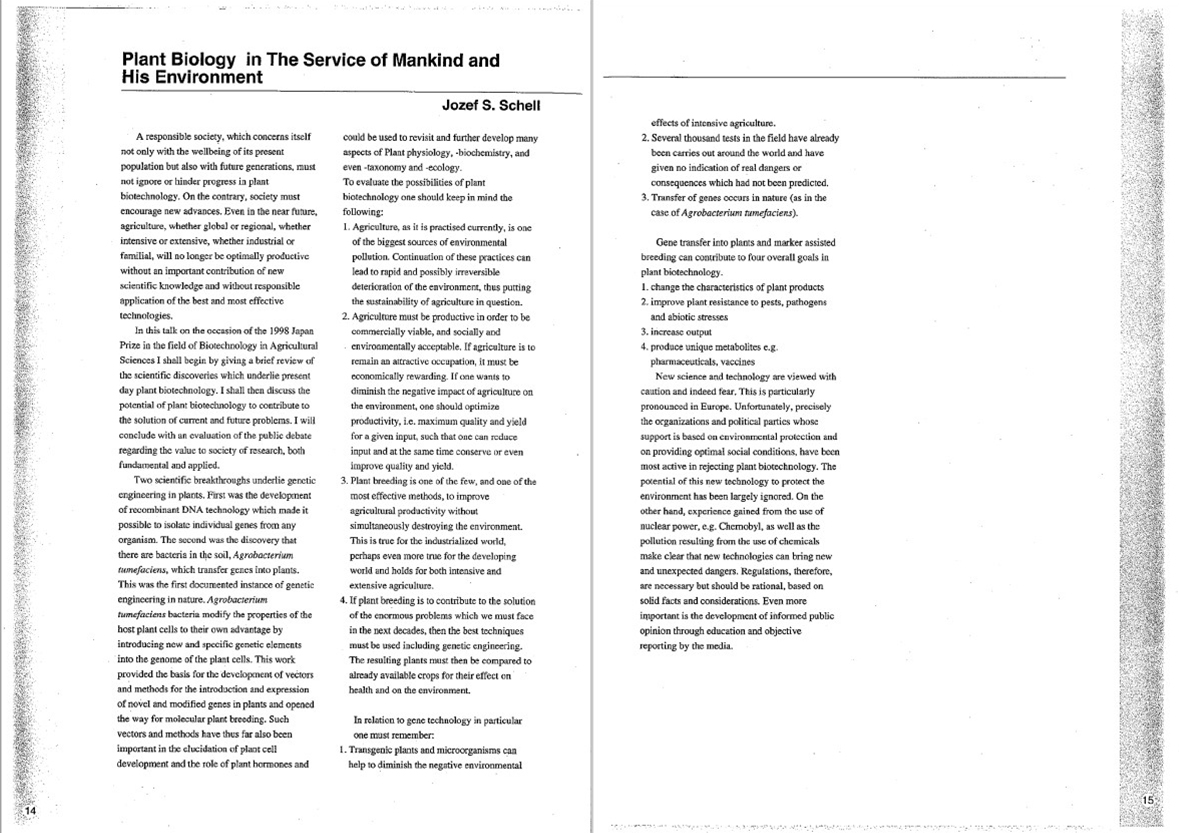 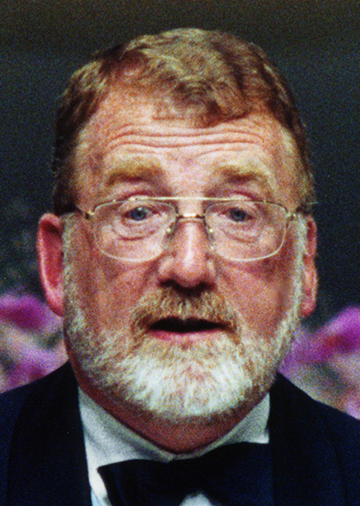 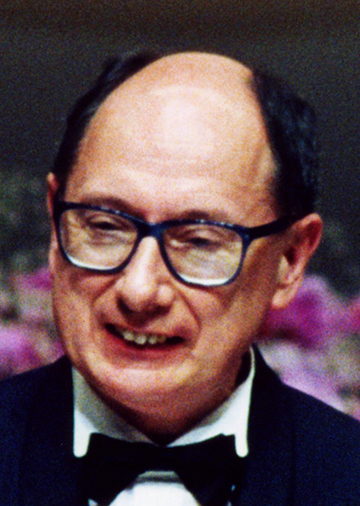 Drs. Schell and Van Montagu together studied the molecular mechanisms of crown-gall formation in dicotyledonous plants infected with soil bactera, Agrobacterium tumefaciens.They presented abundant evidence to show that the tumor is formed due to insertion of a specific DNA region (T-DNA) of a plasmid (Ti plasmid) contained in the bacteria into the genome of the host plant. Taking advantage of this fact, they developed an efficient method for the transfer of a foreign gene into a plant genome.

They showed that the tumor is formed through the action of genes located on T-DNA; the genes encode enzymes involved in the synthesis of plant hormones and thus regulate the growth of infected cells. Then, they clarified the molecular mechanisms of the insertion of T-DNA into plant genomes; for example, they showed that even when the genes for plant hormones are deleted from T-DNA the modified T-DNA can still be inserted into plant genomes, but that 25-base-pair repeated sequences at both ends of T-DNA play essential roles in the insertion. In order to put the insertion system into practical use for production of transgenic plants, they first developed the method of infecting wounded tissues and protoplasts of dicotyledons with Agrobacterium. They then showed that when a foreign gene is inserted into the T-DNA part of a Ti plasmid, the infection of a plant with Agrobacterium carrying such a plasmid results in the introduction of the gene into the host genome. Thereafter, they separately conducted much work with transgenic plants and succeeded in trial production of transgenic plants with insect- or herbicide-resistance.

By now the introduction of foreign genes into plant genomes with Agrobacterium can be made not only with the dicotyledons but also monocotyledons. Recent development of the production of various transgenic plants has thus been based upon the work of Drs. Schell and Van Montagu. The method of gene transfer with Agrobacterium has also been widely used for basic studies on the functions and control mechanisms of plant genes by many plant molecular biologists, including Drs. Schell and Van Montagu. They have thus greatly contributed towards enhancing agricultural production, both directly and indirectly.