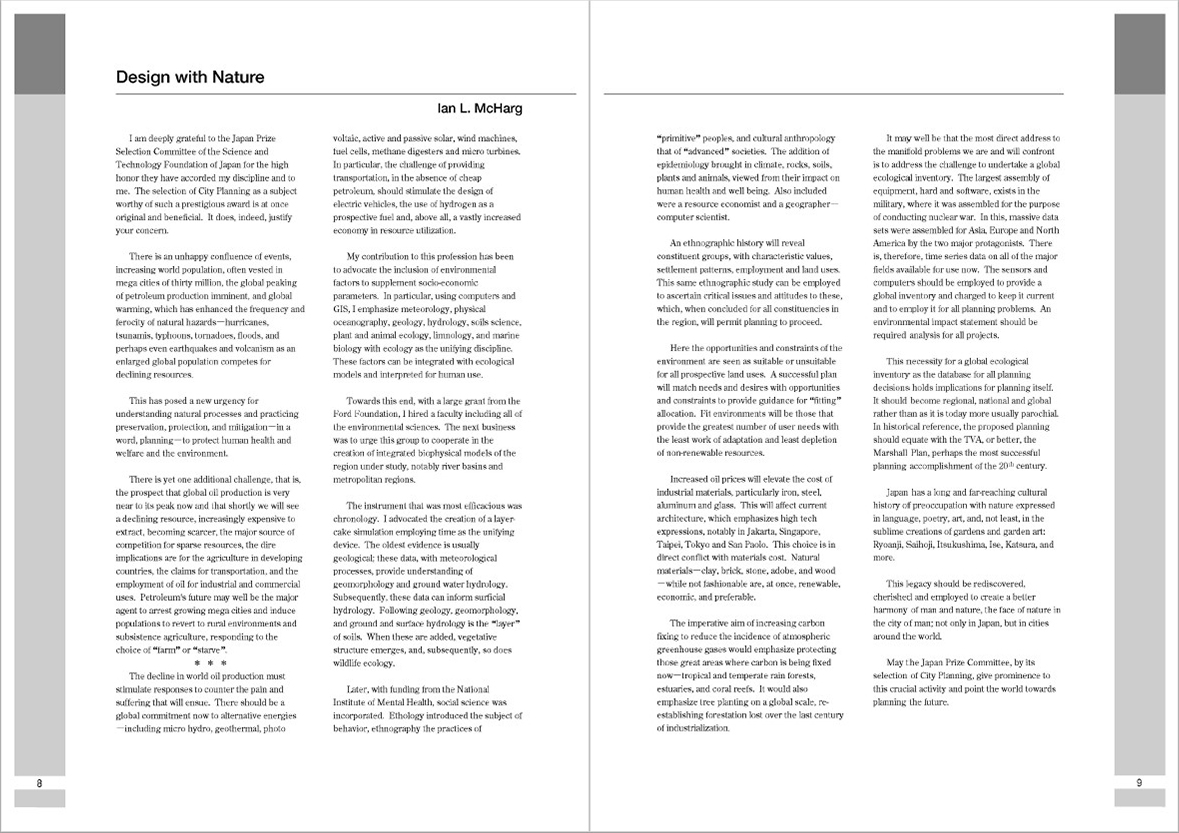 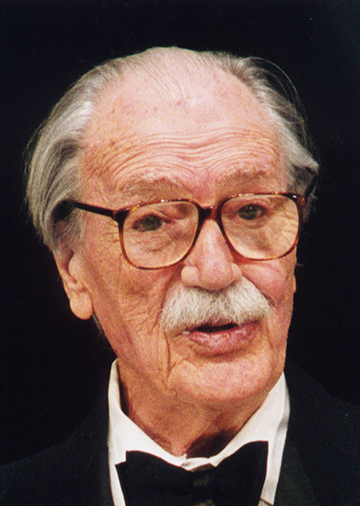 The concentration of population, which began in the second half of the 19th century, has continued with ever-increasing speed in the latter half of this century, and urbanization has become a common phenomenon all over the world. As a result of disorderly urban development, the natural environment without which life cannot exist has been severely damaged. In spite of public warnings and protests against the resultant destruction since 1960s, the fundamental direction of urban and regional development could not be changed.

In this situation, Prof. Ian L. McHarg contributed, in the city planning field, to the establishment of a theoretical method of ecological planning, making the most of the abundant potential capabilities of nature, and proposed a practical method for evaluating proper land use and for establishing clear restrictions, based on the profound ecological idea that, "man and nature are indivisible, and survival and health are contingent upon an understanding of nature and her processes".

"Design with Nature", published in 1969 is the bible of this field. This book describes splendidly the methodology of city planning from an ecological point of view that perceives nature and its evolution as creative processes. The method offered here regards urban and regional spaces, the object of city planning, as environments regulated by natural processes, and organizes the ecological factors of environment in accordance with their relative values, and clarifies the suitability of land use on the basis of the culture to be found naturally.

Prof. McHarg, who practices city planning as a landscape architect, classifies ecological factors such as climate, physiography, geology, hydrology, soil, vegetation, wildlife, and historical landmarks in terms of value criteria; makes spatial maps displaying various ecological values;and combines them with an overlay method by means of which we can visualize the ecological structure of the environment. As these elements are not equivalent and exist in their own right, the overlay maps cannot produce a unified value, but nonetheless clarify the potential values in the ecological environment.Thus he succeeds in producing a method for creating environmental awareness of urban and regional spaces in a practical way.

In conclusion, Prof. McHarg truly contributed to establishing ecological city planning and proposed an innovative land use evaluation system. His great achievements have had a major impact on city planning and landscape design, and he is now recognized as a founder of ecological planning, a specialty that is to play an increasingly important role in city planning in the 21st century.