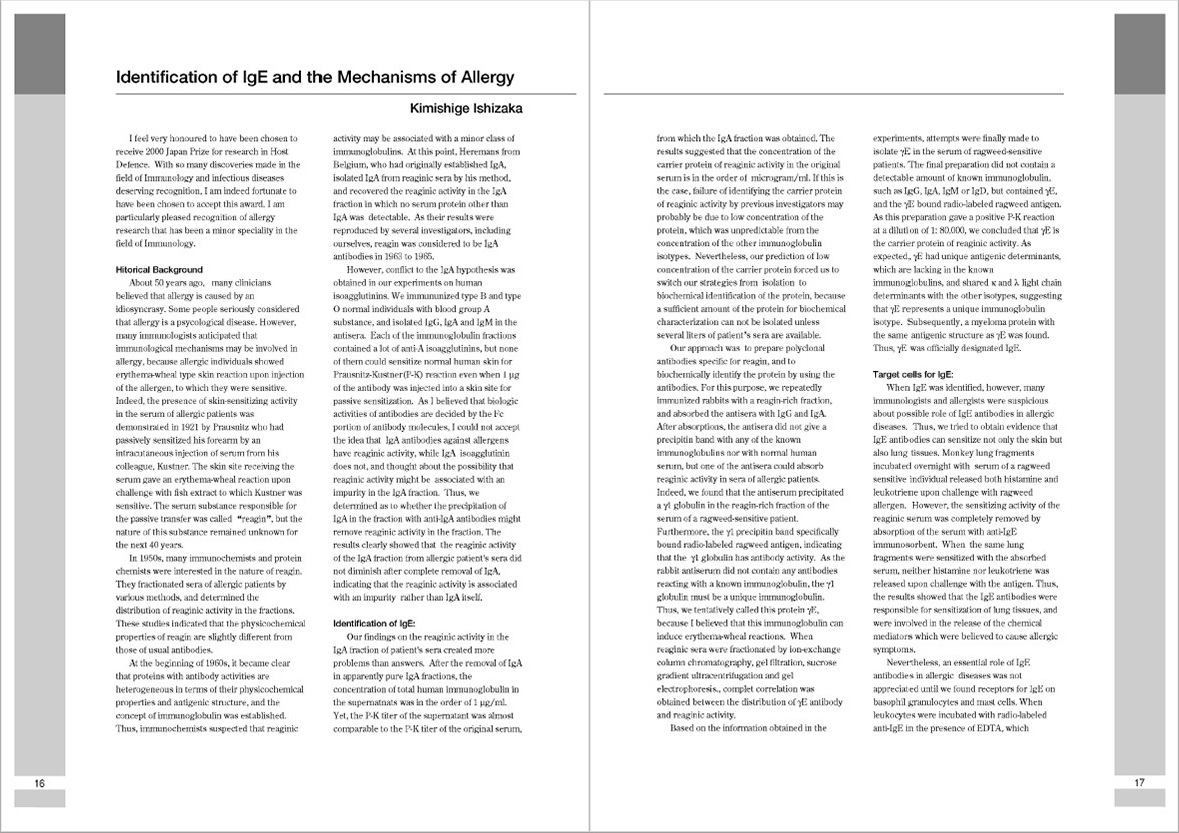 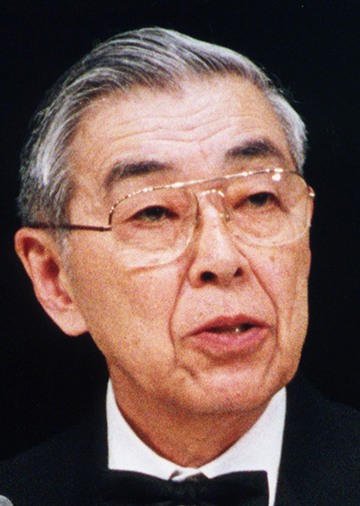 About one fourth of world population is considered to suffer from allergic diseases, such as asthma, hay fever, drug and food allergy, and the number of patients tends to increase in these years. It is truly one of the biggest problems of human being to be solved. These allergic phenomena have been known through centuries, but the mechanisms of allergy have been unclear.

In 1966 Dr. Kimishige Ishizaka discovered a new type of immunoglobulin, IgE, that develops allergy and elucidated the mechanisms of allergy at molecular and cellular levels. Following to his discovery, Dr. S.G.O. Johnasson found out an IgE myeloma, confirming Dr Ishizaka's discovery.

An important point of Dr. Ishizaka's work is to identify the very small quantity as of less than 1 ?g/ml level in human serum by the biological activity of IgE along with the antibodies specific for IgE. This method, later, is widely used for research of cytokines which are known as immunological materials of a limited quantity, and thus greatly contributed the development of research methods to detect the small amounts of proteins.

Furthermore, Dr. Ishizaka found that the bridging of two antibody molecules leads to generate biological activity in antigen-antibody complex. On this base, he proposed the bridging hypothesis and discovered the molecular and cellular mechanisms of IgE-mediated allergic responses. That is, once the antigen cross-linked IgE molecules bound on the cell surface IgE receptors of mast cells and basophils, and the two IgE receptors are bridged, signals could be transmitted into cells, resulting in degranulation and release of chemical mediators, which cause allergic reactions. At present, it is widely accepted that the bridging of two surface receptors is necessary for signal transduction, and in this sense his discovery is the discovery of the principle in cell biology.

Dr. Ishizaka's achievement also greatly reflects and contributes to the clinical diagnosis and treatments of allergic diseases. There is no other example that basic research has been reflected to clinical medicine in such a short time as his work.