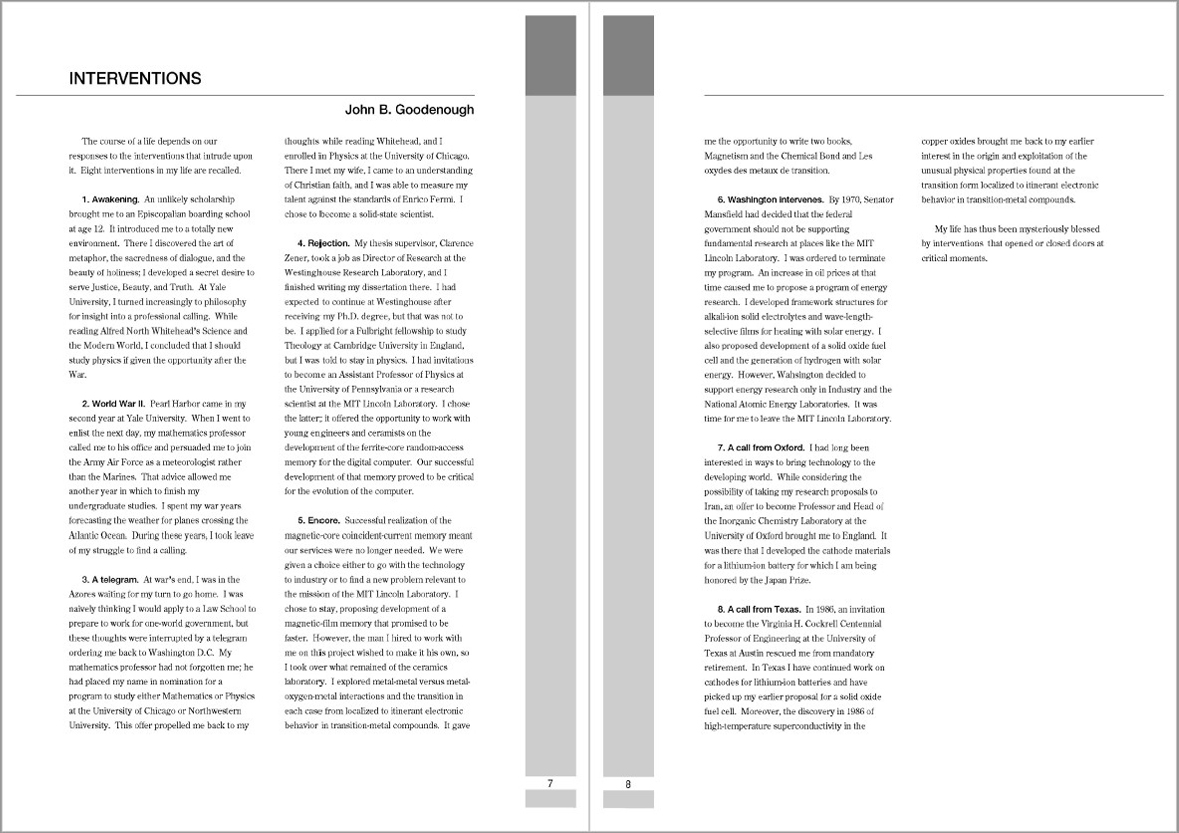 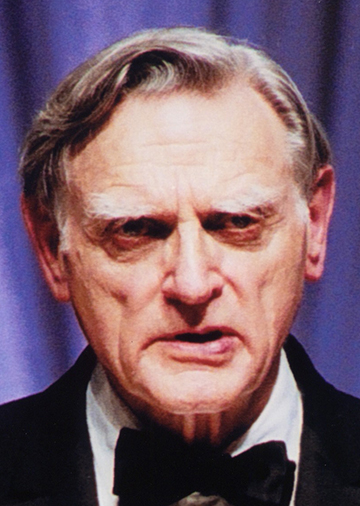 Dr. Goodenough has made an outstanding contribution to fundamental science through his well-known studies on materials science. His research in magnetism and electrical conduction of transition metal compounds and his research on superionic conduction are prominent. Furthermore, he found various materials for high-performance batteries and he initiated the development of high-capacity portable batteries with his insight based on broad scope research in solid-state chemistry.

Dr. Goodenough discovered lithium cobalt oxide (Li1-xCoO2) which is an oxide having a layered structure. Lithium ions move in an electrolyte and electrons move in an outer circuit, respectively. As a result, lithium ions are reversibly inserted into and extracted from the oxide electrode. The lithium ion battery of the lithium cobalt oxide cathode has very high energy density because of its high voltage (4V) and large capacity. Current light-weight, compact, and high energy density rechargeable batteries have been realized through the discovery of this oxide.

Dr. Goodenough also discovered that the compound, lithium manganese oxide of a three dimensional spinel structure, had the lithium ion doping/undoping capability and could be used as the cathode material of a rechargeable battery. He also has proposed new materials such as Li3Fe2(PO4)3 with careful survey of attainable cost, environmental burden and shelf life.

The lithium cobalt oxide cathode battery is very light and has an energy density about three times higher than that of the conventional rechargeable batteries. It is now indispensable for the power source of various portable or mobile IT instruments which need reduction of weight and volume. Its production is growing steeply at present and will be accelerated more in the future. This lithium ion battery will play a significant role from the viewpoint of the environment, as it is replacing rechargeable batteries which contain harmful elements such as lead and cadmium. After his proposal on lithium manganese oxide as cathode material, many scientists and engineers have started research on improvement of the performance of the material. It is now partly put into practical use. As manganese-based material has smaller limitation of natural resource unlike cobalt-based material, use of rechargeable batteries employing the manganese-based cathode material is very important in view of rare resource conservation. Its contribution to the reduction of carbon dioxide (CO2) emission will be very large, when its practical use with hybrid and electric cars is realized, though substantial R&D is needed.

As described above, lithium ion batteries are making a great contribution to modern society through IT instruments. They, however, will make a far larger contribution to society in future through the reduction of carbon dioxide emission when the battery is adopted for use in hybrid cars and electric cars. Dr. Goodenough conducted broad and profound research in solid-state science. Based on his research results, he pioneered the development of environmentally-benign electrode materials by establishing the guiding principle for designing lithium-doped compounds. His contribution to science and technology is outstanding. Therefore Dr. Goodenough deserves the 2001 Japan Prize.