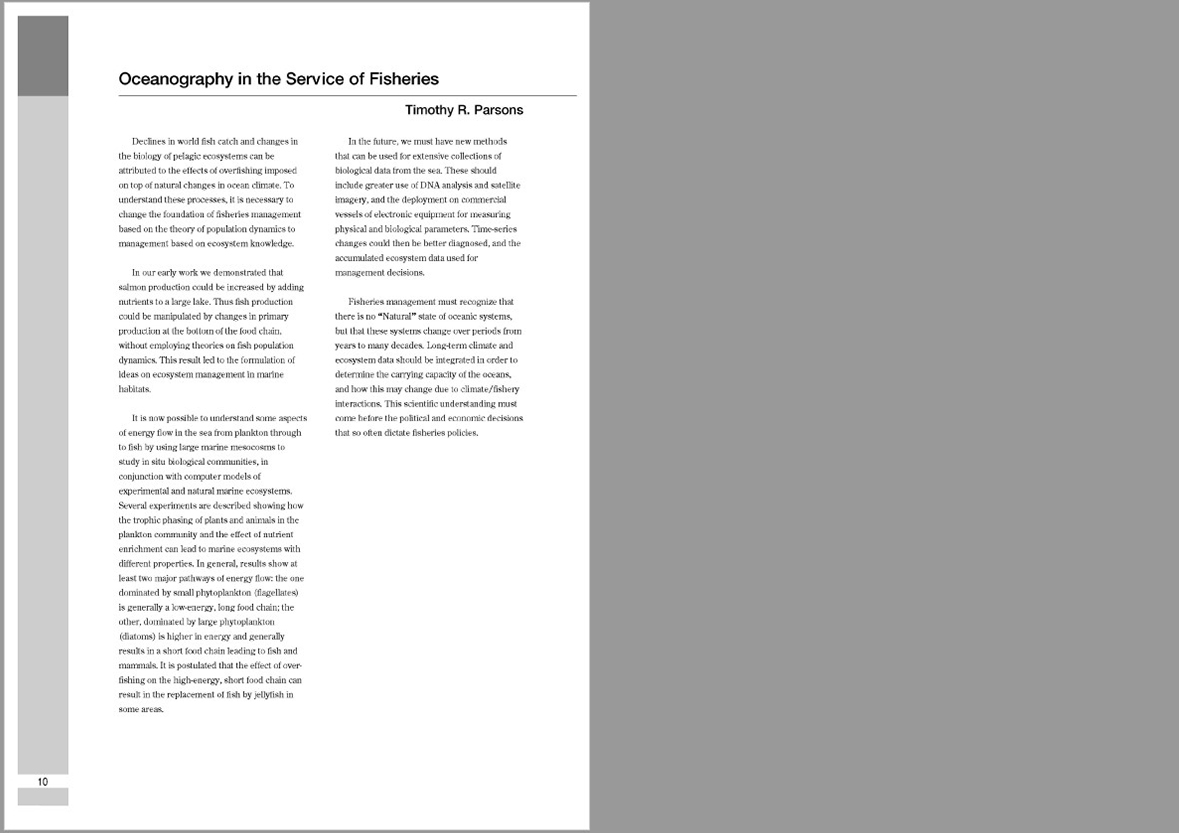 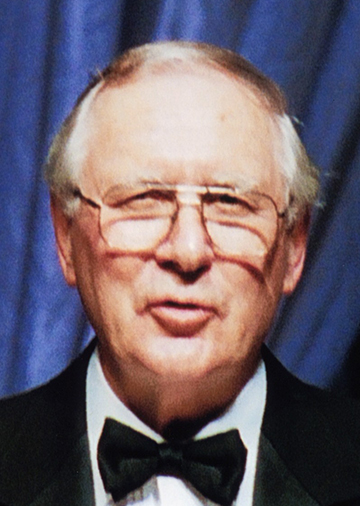 Because of over-fishing and marine pollution, fishery resources in the world's oceans are declining. The need for a wiser exploitation and comprehensive management of living resources is being seriously considered today.

Dr. Timothy R. Parsons' career in oceanography spans more than four decades of research devoted to obtaining a holistic understanding of how pelagic organisms are interconnected in the trophodynamic food-web of the sea. Through his research at sea, together with the novel approach of using large mesocosms in the ocean coupled with computer simulations, he has made a great contribution to the development of Biological Oceanography as determined today. His research has been exceptionally broad, encompassing all trophic levels including phytoplankton, zooplankton, and fish. His goal has been to present an alternative method for the management of fisheries, based not on the traditional science of population dynamics which has not been successful for conservation of living resources, but based on fisheries oceanography, which pursued the dynamic relationships between fish and their physical, chemical and biological environments. He has shown that ecosystem structure and function, as well as fish production can be understood by the accurate measure of environmental parameters. His efforts have produced a new school of holistic ocean scientists and managers who are starting to put into practice realistic approaches for the management of living resources and conservation of the marine environment.

Dr. Parsons has created many good research scientists while he was teaching at the University of British Columbia. At the same time, he offered education and training as a visiting professor to young scholars at various universities and institutions around the world. His publications were adopted as textbooks and/or as standard manuals for seawater analysis worldwide. Dr. Parsons has also given great services to the scientific community as program officer of the UNESCO Division of Oceanography, and as president of the American Society of Limnology and Oceanography and the International Association of Biological Oceanography. His personal and scientific integrity have gained him the respect of the whole international scientific community.