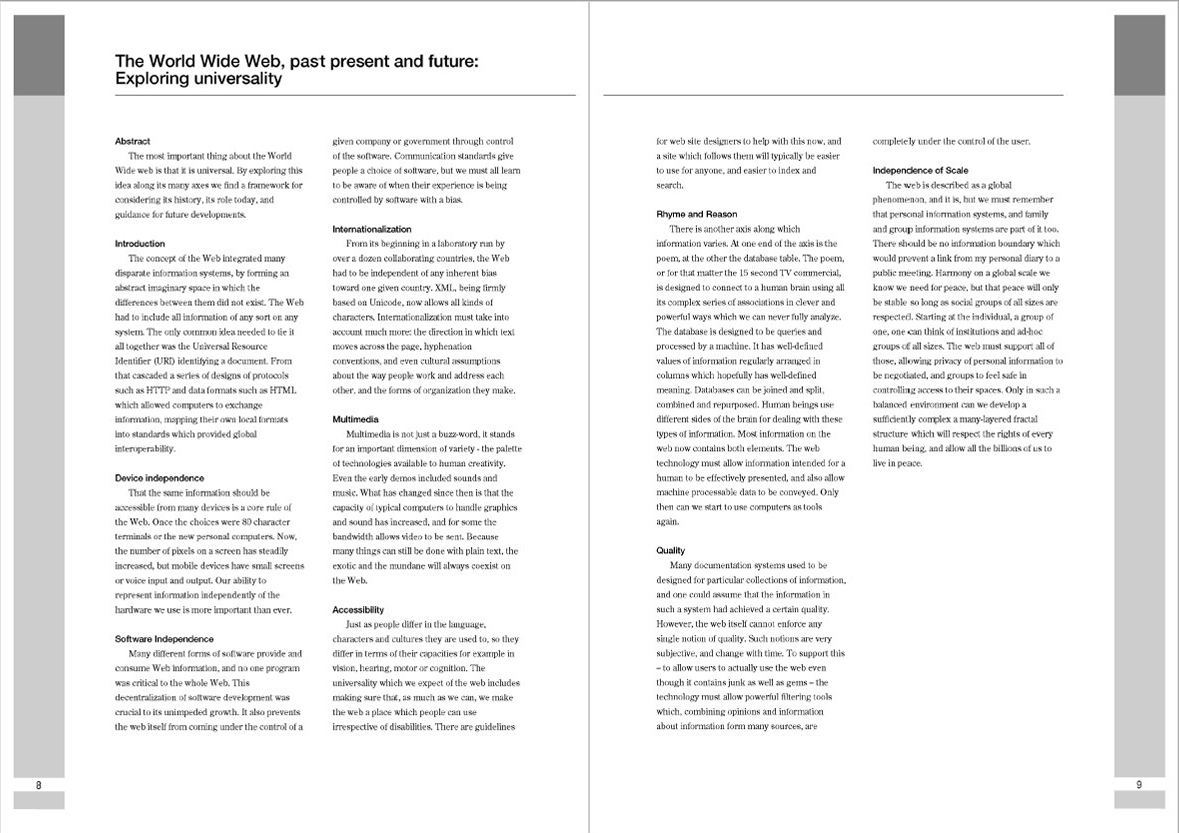 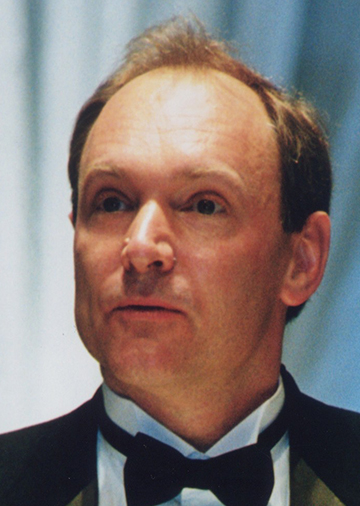 Dr. Berners-Lee is the inventor of the World Wide Web. Through his invention, people were able to acquire information and work together by combining their knowledge in a web using hypertext documents through the Internet. He implemented the first World Wide Web server, using HTML (Hypertext Markup Language), HTTP (Hypertext Transfer Protocol) and URL (Uniform Resource Locator) developed by himself. The HTML is a global publishing format in the Internet to enable people to make up their documents to be viewed on computer screens. The technical essence of the World Wide Web is in displaying HTML documents by Web browsers, which are programs to navigate across computer networks and display various types of information. HTML pages can be used to make up not only simple texts but also complex multimedia information containing images, sound, virtual reality, and Java applets.

The World Wide Web developed by Dr. Berners-Lee is used not only for information exchange among scientists and engineers but also for a wide variety of communications among many people in the world. It has revolutionally changed the way people communicate along with widespread use of the Internet and personal computers. Also, use of the Internet and of personal computers has benefited from the deployment and popularization of the World Wide Web technology. The World Wide Web is used to make up the homepages of individuals and various organizations, and it has enabled creation of new forms of commercial and industrial activities like E-commerce, Internet publications of newspapers and books, on-line journals, on-line international group collaborations in scientific/technological developments and social activities. The world is now in an age of global network culture, and the globalization of the world has been much accelerated by use of the Internet, personal computers, and the World Wide Web technology. The World Wide Web invented and developed by Dr. Berners-Lee is a key software technology to support the current globalization of information and communication in the world, and it has had an immense influence on the advancement of civilization.

Dr. Berners-Lee has made a distinguished, profound and far-reaching contribution not only to science and technology but also to the advancement of mankind through his invention, implementation and deployment of the World Wide Web. Therefore, Dr. Berners-Lee deserves the 2002 Japan Prize.