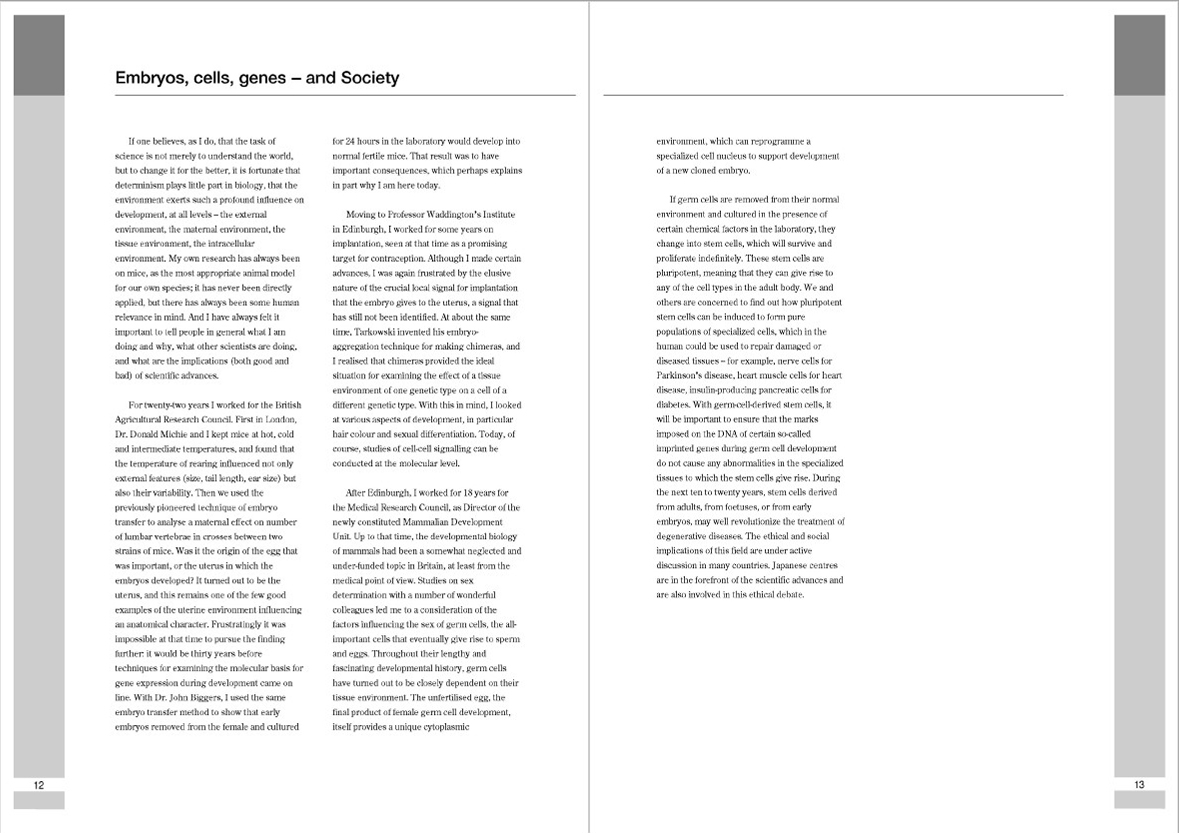 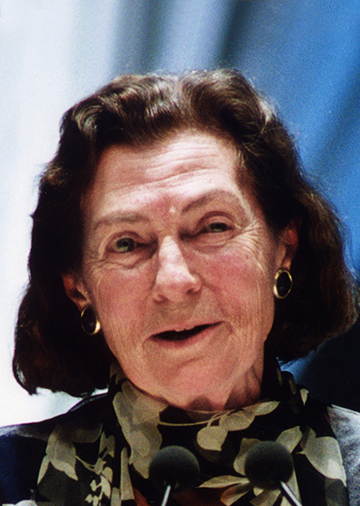 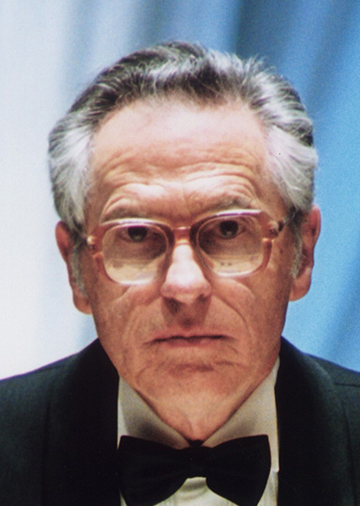 Director of the Institute of Zoology, Warsaw Universitys

Drs. Anne McLaren and Andrzej K. Tarkowski pioneered the developmental biology of mammals using a mouse as a model and established technologies to manipulate early embryos. Taking advantage of chimeric embryos in particular, they demonstrated the enormous plasticity of early embryonic cells, and gave deep insight into fundamental questions on mammalian embryonic development, such as how sexes differentiate, how genetic information of sexually distinct parents differentially contributes to development, and how cells interact in developing tissues. This work has proved fundamental as regards major issues not only of current developmental biology which are of increasing importance, but also for the progress of basic medical and veterinary sciences.

One of the greatest achievements in developmental biology in the last half century was elucidation of the principles of early mammalian development. The embryonic development of mammals which occurs in the womb became a subject of experimental research only after a series of technological inventions made during the period around 1960: culturing isolated early mammalian embryos; manipulating embryonic cells in vitro; returning the embryo to the mother's womb; and allowing the embryo to develop and grow to adulthood. Drs. Anne McLaren and Andrzej K. Tarkowski were the major researchers in this work, employing the laboratory mouse as a model. Dr. McLaren succeeded in culturing pre-implantation mouse embryos and in transferring them back to the mother's womb for their further development, while Dr. Tarkowski utilized the method to demonstrate that chimeric embryos can be produced by aggregation of two genetically distinct embryos, and that these embryos can then develop to viable adult animals of normal size. In their original research they recognized the unique characteristics of mammalian embryos, namely the enormous degree of plasticity of early embryonic cells. They gave deep insight into fundamental questions of mammalian embryonic research, such as how sexes differentiate, how genetic information from parents of different sexes differentially contributes to the embryonic development, and how cells and tissues interact in developing embryos. Today we recognize a plentiful harvest of the mammalian embryonic research founded decades ago by Dr. McLaren, Dr. Tarkowski and their contemporaries: examples are stem cell biology, germ cell biology, epigenetic gene regulation, transgenic animals, and targeted mutagenesis of mice using embryonic stem cells. These are important branches of current developmental biology, which are based on presently available access to the principles of early mammalian development involving dynamic regulation of gene activities. Without the pioneering work of Drs. McLaren and Tarkowski, modern biomedical sciences could not have existed.