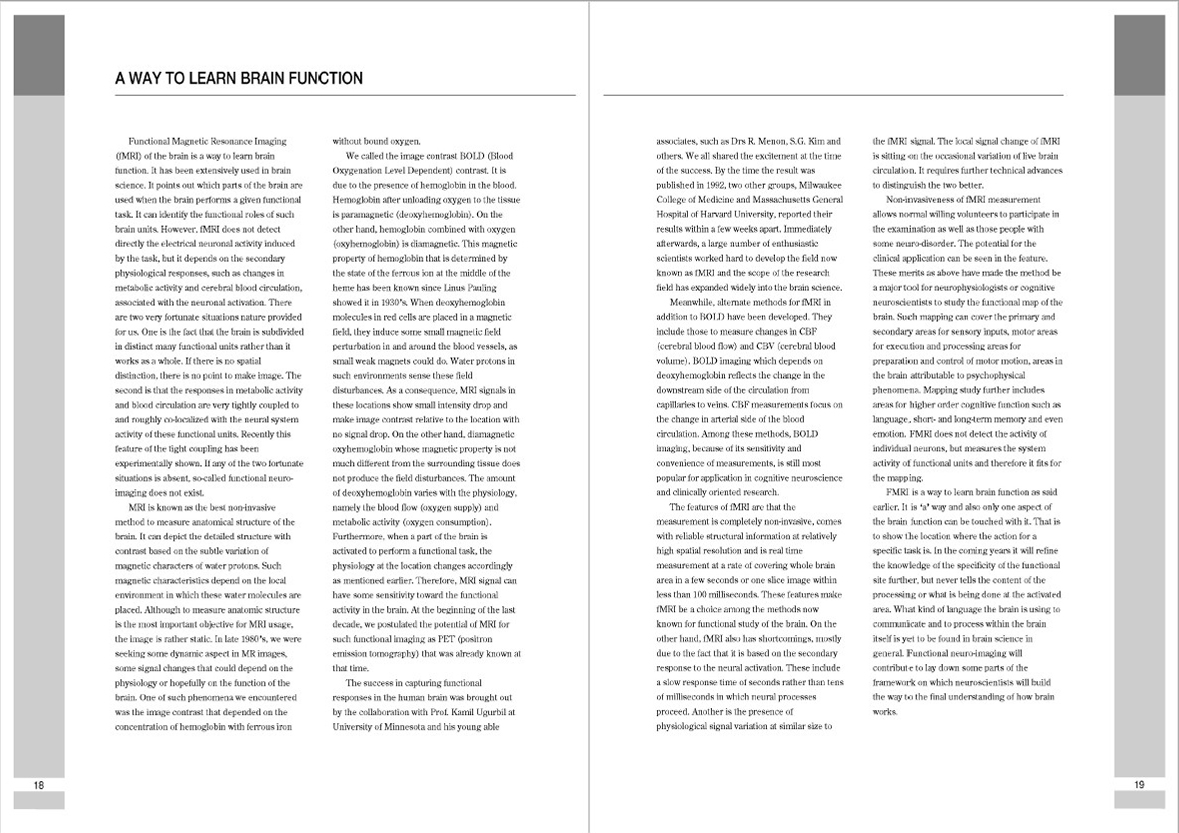 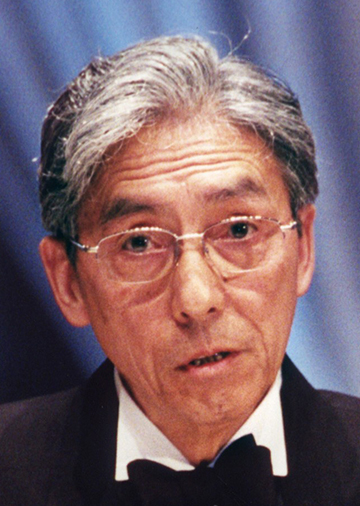 Dr. Seiji Ogawa discovered the principle upon which the field of functional and physiological imaging of the human body, particularly the human brain, is based. He searched for physiologically dependent signals in magnetic resonance imaging (MRI), and found BOLD (Blood Oxygenation Level Dependent) signal contrast in MR images of the brain. This work has proved to be the fundamental basis of noninvasive functional imaging methodology that is now widely used not only in many biological and medical sciences, such as neurobiology, psychology and neurology, but also in many fields of clinical medicine as diagnostic tools.

Part of the recent remarkable progress in clinical medicine and medical sciences was brought about by the development of imaging techniques that enable us to visualize physiological and pathological conditions of organs and whole bodies. The visualization of functional tissue activities in humans using a completely noninvasive method, which does not involve the use of X-rays or radioactive materials and which has no consequent limitations in patient exposure, became possible by the imaging of physiologically dependent signals in MRI. The basic principle of this technology, currently known as functional magnetic resonance imaging (fMRI), was first established in 1990 by Dr. Seiji Ogawa at the Bell Laboratory. Dr. Ogawa succeeded in using the magnetic susceptibility change of blood hemoglobin that occurs when it binds to oxygen and in detecting the MRI image contrast change that arises from the localized decrease in blood deoxyhemoglobin concentration in physiologically active tissues in rats. He also demonstrated that this imaging method, today termed as BOLD (Blood Oxygenation Level Dependent) contrast method according to his nomenclature, enables a new noninvasive functional measurement of human brain activity by first applying the technique to the imaging of visual responses in the human visual cortex.

Today, we recognize a plentiful harvest of fMRI technology based on the BOLD contrast principle that was formulated by Dr. Ogawa; it now dominates functional imaging of the brain in basic neuroscience research. It has also enabled hospitals around the world to obtain information about the functional state of the brains of patients who had a stroke, and those with Alzheimer's or Parkinson's disease, head injuries, and bipolar disorders. It is also being used in presurgical planning to map (and thus to spare when possible) vital areas of the brain associated with skills such as language. Without the pioneering work of Dr. Ogawa, modern noninvasive functional imaging would not have been developed.