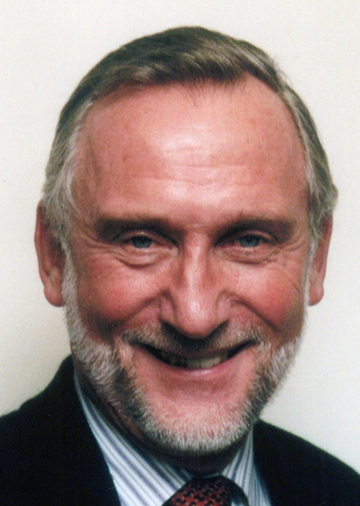 It is evident that the life of every species depends on other numerous species but the network of dependence, or the co-existing system, appears to be too complicated to unravel. For the conservation of species and biodiversity as an integral of species, however, it is inevitable to understand the system scientifically from an analytical point of view.

Prof. John H. Lawton is not only a distinguished researcher but also a genuine naturalist. This has enabled him to analyze biodiversity and ecological systems with a unique and accurate insight. His internationally renowned work was focused on the genesis and maintenance of the biodiversity of the insect herbivore assemblages found on bracken (Pteridium aquilinum) equipped with nectars to invite ants. From this central core he developed his studies in a number of highly significant and original directions and has made a number of significant contributions, almost all of which have a bearing on understanding of biodiversity. He treated a remarkable range of organisms, such as birds, insects, mammals, plants and others, appropriate for answering particular questions, and he used all the major tools available to ecologists to understand the diversity of the natural world, such as field observations, long-term studies, field manipulation experiments, laboratory experiments, laboratory microcosms and mesocosms, large-scale pattern analysis of major data-sets and mathematical models. He was the driving force behind the development of the Ecotron, a controlled environment facility. Subsequent major experiments in this facility included the impact of rising atomospheric CO2 concentrations on ecosystem processes. He mentored many distinguished young scientists early in their careers -- people who now have major roles to play in conservation and biodiversity science.

At the same time, Prof. John H. Lawton has performed practical conservation activities for a long time and has contributed in the field of biodiversity conservation greatly. Currently he is the Vice President of the Royal Society for the Protection of Birds and the Vice President of the British Trust for Ornithology. Both positions are highly influential over national and international activities on biodiversity conservation.