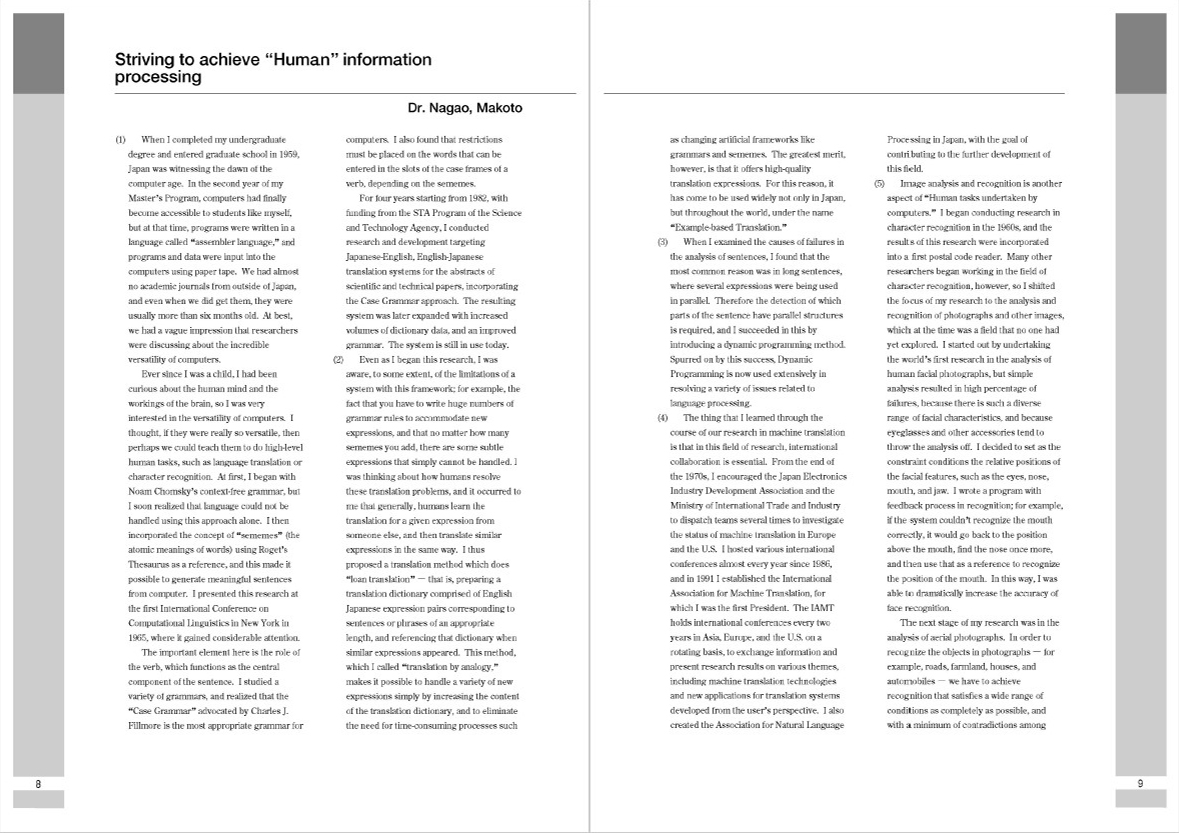 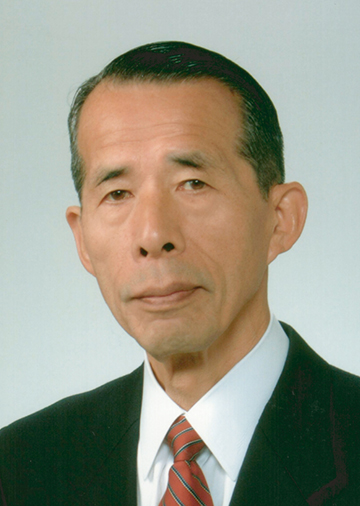 In addition to conducting research in various fields, including digital dictionaries, important word extraction, and Japanese morphological analysis, all of which are key elements in natural language processing, Dr. Nagao has proposed methods appropriate to the analysis of long and complex Japanese sentences, and has achieved extensive results in the field of context analysis. These achievements were open to the public as free software's and have been used by researchers in Japanese language processing worldwide, have contributed dramatically to the research community, and have significantly expanded the scope of Japanese language processing research.

In image processing, he was the first to introduce feedback analysis mechanisms in the analysis and recognition of facial photographs, which had a dramatic effect on many later research activities. He has demonstrated numerous achievements in image processing using methods based on artificial intelligence; for example, he introduced the "blackboard model" for analysis of remote sensing images and other images, and demonstrated that this model could be used to analyze complex images with ambiguous analysis procedures.

Natural language processing, machine translation, and intelligent image processing play Key Technology in our ICT society. Dr. Nagao has pioneered these fields, and has been a leader in this research both in Japan and overseas, through the establishment of the International Association for Machine Translation and The Association for Natural Language Processing. In today's society, where information and communication networks have expanded and become increasingly global, we feel that Dr. Nagao's contributions are extremely significant in terms of promoting international understanding and information sharing on a global scale. Therefore, Dr. Nagao deserves the 2005 Japan Prize.