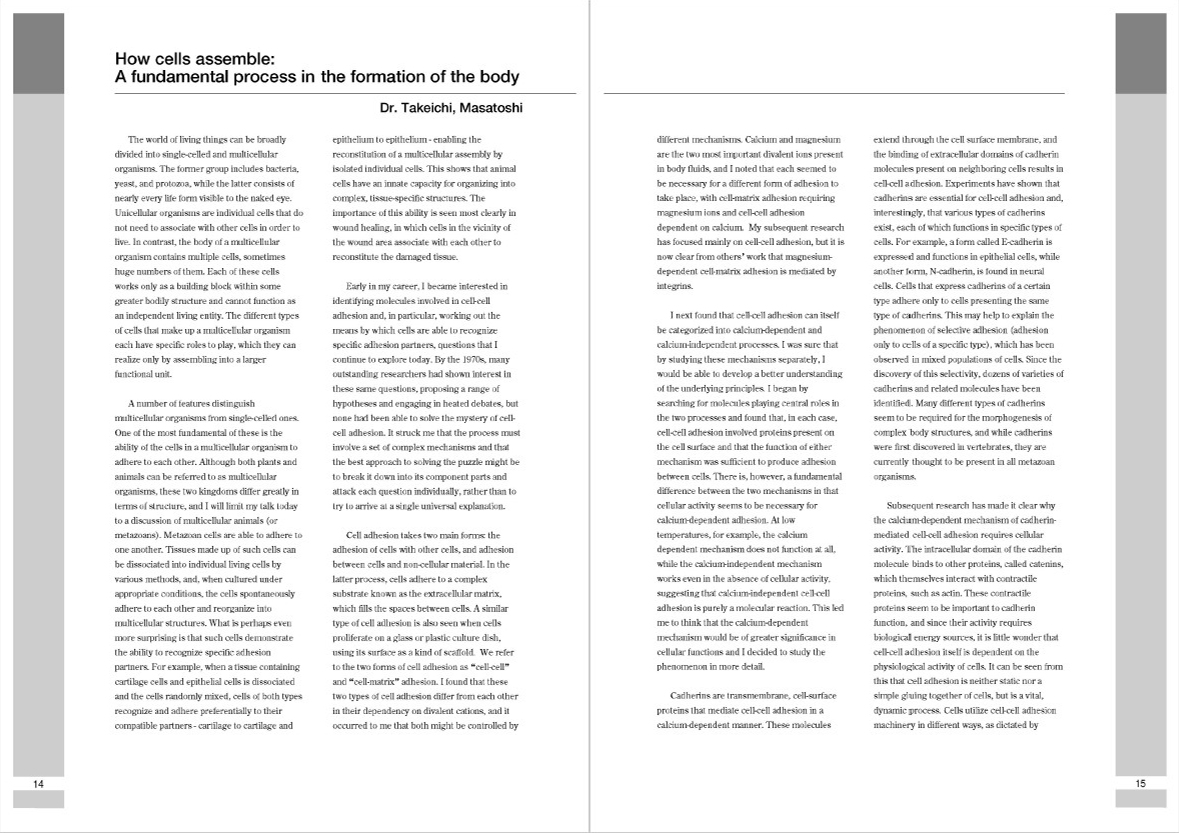 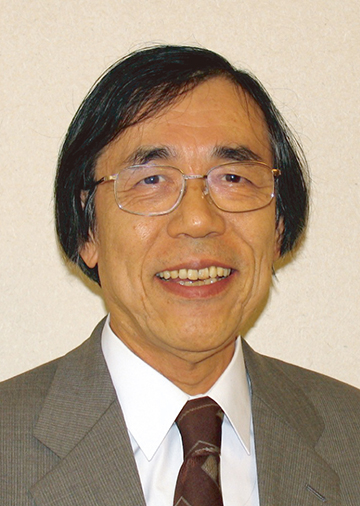 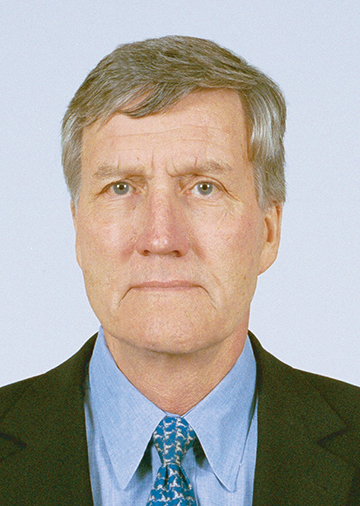 Dr. Takeichi at first succeeded in dissecting cell-to-cell adhesion into a calcium-dependent one and a calcium-independent one. Then, he concentrated his efforts on elucidating the mechanism of calcium-dependent cell adhesion, which plays the major role in specific cell sorting. Dr. Takeichi found that different cells have different calcium-dependent cell-adhesion molecules, and named the epithelial cell-type molecule E-cadherin, the nerve cell-type one N-cadherin and the extra-embryonic-cell-type one P-cadherin. Then, he demonstrated that E-cadherin is directly responsible for the adhesion by transfecting the molecularly cloned E-cadherin cDNA. Cadherins were found to be structurally related molecules and form a protein family. Dr. Takeichi verified homophilic binding of cadherins, namely E to E and N to N etc. Furthermore, he examined the expression of cadherins during embryogenesis and established that homophilic binding of cadherins is the basis of selective cell-to-cell adhesion.

Both Dr. Takeichi and Dr. Ruoslahti pinpointed the essential core processes in the complex phenomena of cell adhesion and succeeded in elucidating their mechanisms at the molecular level. Their accomplishments are expected to fundamentally contribute to elucidating the etiology and developing therapy of serious diseases such as malignant tumors.