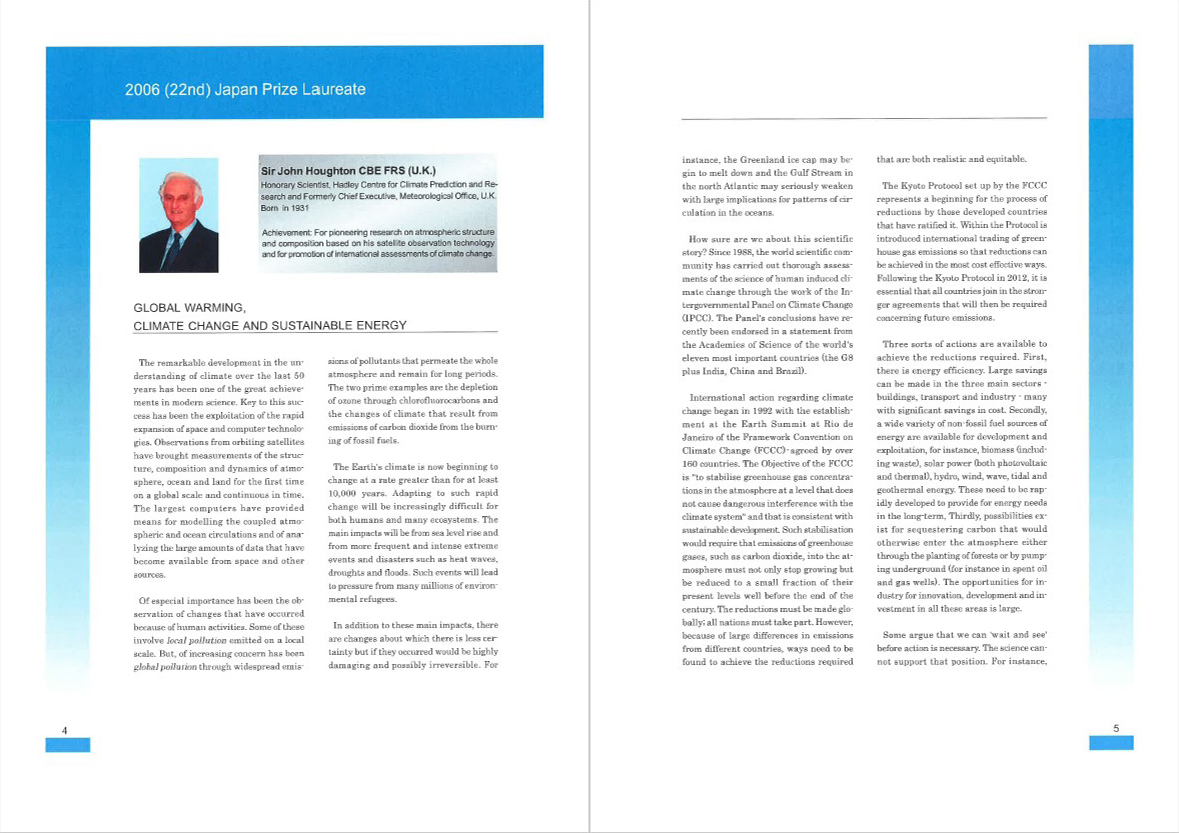 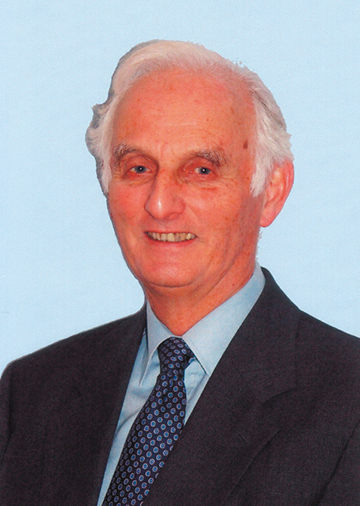 During the 1960s Sir John Houghton started to develop his own techniques for remote sensing based on his own atmospheric radiation theory, thereby to measure temperature and atmospheric composition from earth-orbiting satellites; and he was Principal Investigator responsible for the instruments flown on NASA's Nimbus satellites in the 1970s, namely the Selective Chopper Radiometers on Nimbus 4 and Nimbus 5, the Pressure Modulator Radiometer on Nimbus 6 and the Stratospheric and Mesospheric Sounder on Nimbus 7. These instruments made actual, global measurements of the atmosphere.

By these satellite observations, the structure of temperature of 10-90 km altitude was measured for the first time and this furthered scientific analysis of the distribution of atmospheric constituents.

Data from these instruments have been providing important information to establish a theory for explanation of the dynamics and temperature structure in the stratosphere and the mesosphere. Moreover, these data are essential for clarification of the process determining the chemistry and dynamics of this atmospheric region. The principles of his instruments are of very high performance even from the present day at the technological viewpoint, so the method developed by him is commonly used today.

From the start of satellite observation, his novel remote-sensing measurements have been used for global observations of the influence on the stratosphere of ozone depletion and increases in amounts of carbon dioxide. These are key aspects of global atmospheric change over the last 40 years.

In addition to his excellent research, Sir John took strong leadership in the setting-up, maintenance and development of an international organization to foster earth observation from space and to promote climate research. Sir John also very much contributed to the promotion of international study on climate research with the foundation of the Hadley Centre for Climate Prediction and Research. Furthermore, with regard to the Intergovernmental Panel on Climate Change (IPCC) which was organized in 1988 in order to conduct international assessments of climate change as a result of human intervention, he also played a leading role in organizing various different scientific enquiries and brought us to acknowledge the climate problem as a top urgent issue to be addressed and resolved on a global basis.

As mentioned above, Sir John developed with his very innovative approach, a highly ingenious method for making remote-sensing measurements, and thereby he undertook observation of climate change all over our planet. His observations in this regard accelerated our understanding of high altitude atmospheric developments and consequently contributed greatly to the long-term monitoring of the atmospheric environment using satellites. Moreover, he contributed tremendously to the recognition of climate change caused by human activities. Needless to say, his achievement in this regard is very important to the preservation of the global environment.