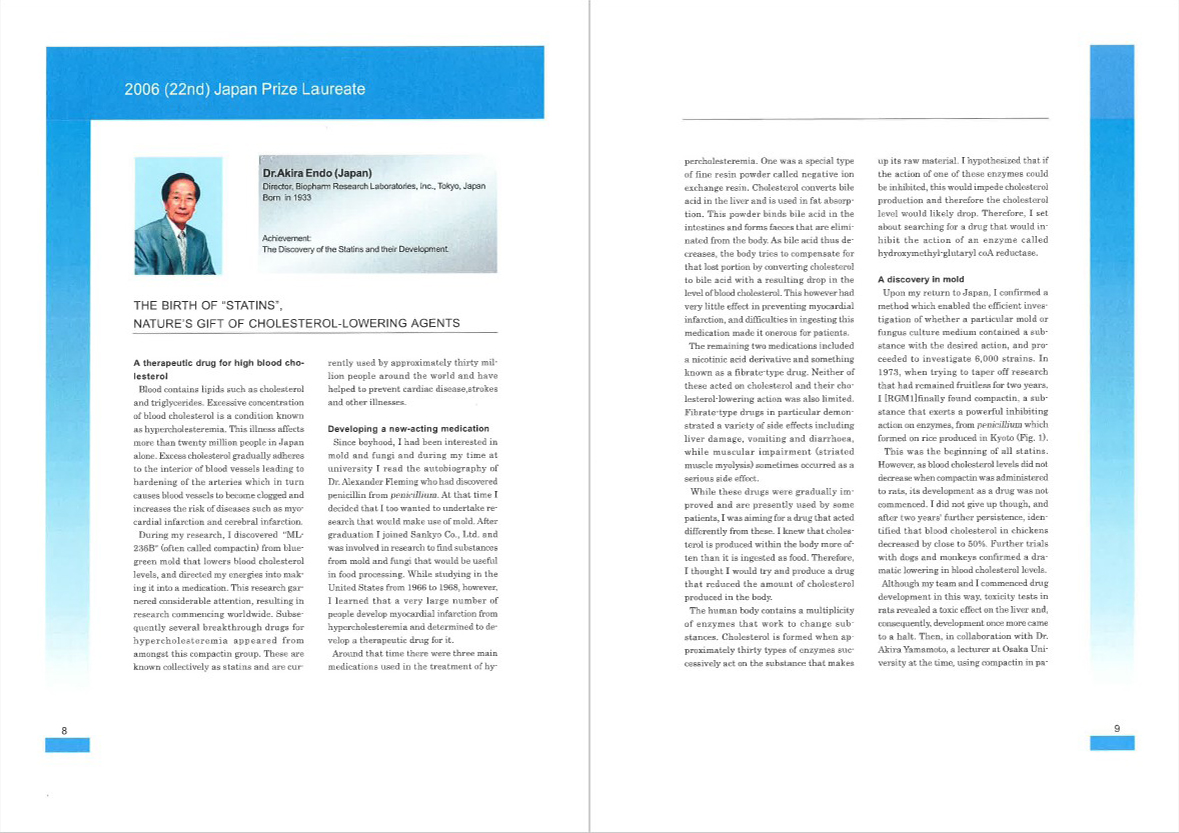 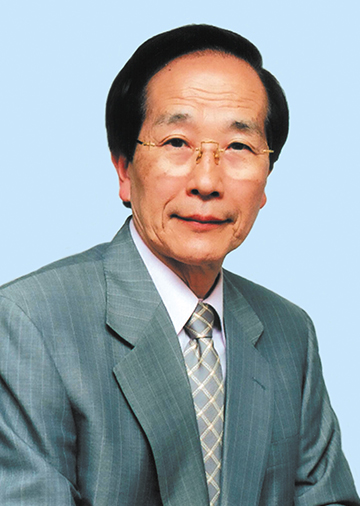 Atherosclerotic vascular diseases, including myocardial infarction and cerebral thrombosis, are the leading causes of death in the developed countries. Hypercholesterolemia is one of the important risk factors for atherosclerosis and thus has been the major target of treatment of these life-threatening serious diseases. Dr. Akira Endo made significant contributions to the discovery and development of statins, cholesterol-lowering drugs, thereby saving many lives in the world.

Dr. Endo made extensive research on 6,000 kinds of substances isolated from fungi in the early 1970's and eventually identified a potent cholesterol-lowering substance called ML-236B from Penicillium citrinum in 1976. Subsequently he found this substance had a strong affinity with HMG-CoA reductase, a rate limiting enzyme for cholesterol biosynthesis. Although this substance was identical to compactin which a group of researchers at Beecham Pharmaceutical Research Laboratories in England found at around the same time, they lost interest because it did not lower plasma cholesterol in rats. Dr. Endo, however, successfully demonstrated that ML-236B had hypocholesterolemic effects in dogs with a composition of plasma cholesterol more similar to humans than rats. This work was a breakthrough leading to the scientific proof of hypocholesterolemic effects of ML-236B in humans. In 1980, Dr. Endo and his colleagues showed that patients with familial hypercholesterolemia responded well to ML-236B.

Based on these findings, a number of drugs similar to ML-236B, collectively called statins, have been developed, and their preventive effects for atherosclerotic vascular diseases were confirmed by large scale epidemic studies. Estimated population of 30 millions of people in the world are now taking statins, thus reducing mortality and morbidity rate of various atherosclerotic vascular diseases.

Furthermore, in the field of basic medicine, Dr. Endo's research made important contributions to the work on cholesterol metabolism by Drs. Michael S. Brown and Joseph L. Goldstein, Nobel Laureates in Physiology or Medicine in 1985.

Therefore, Dr. Akira Endo highly deserves the 2006 Japan Prize for his contribution to the novel therapeutic concepts and technologies for atherosclerotic vascular diseases.