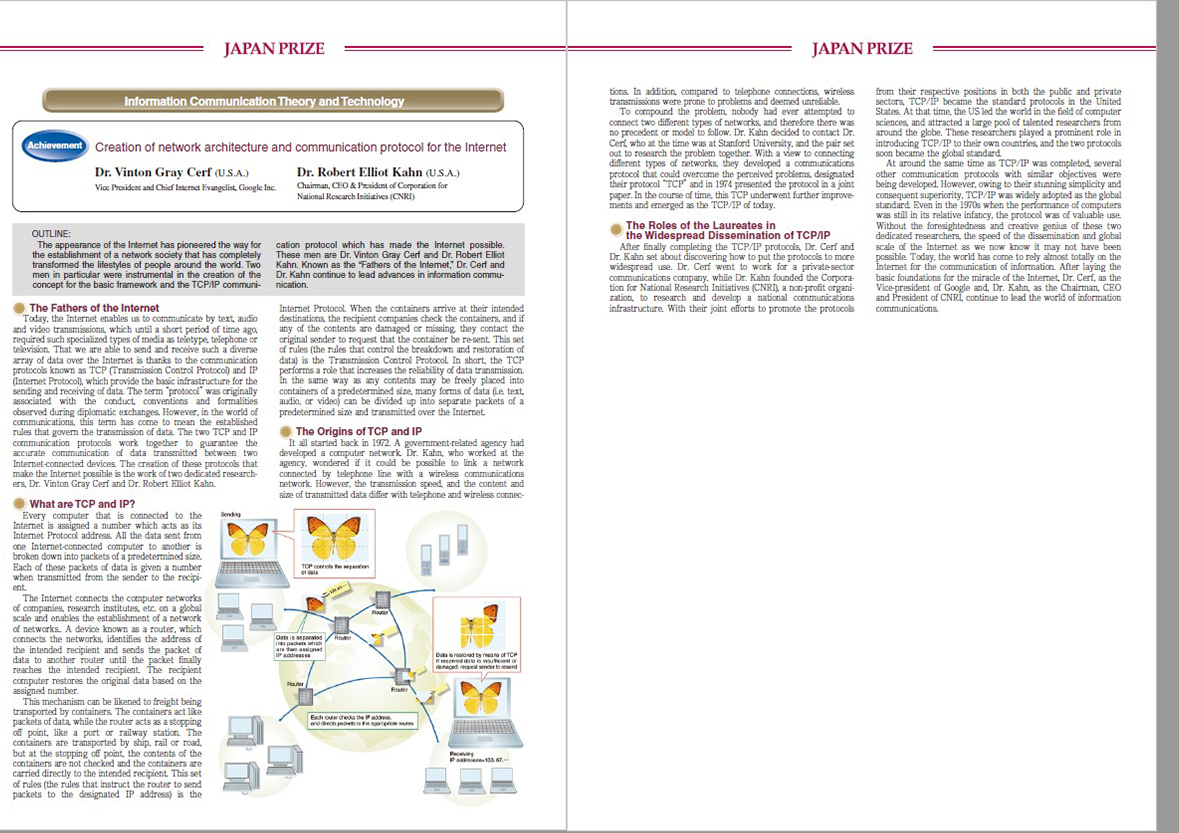 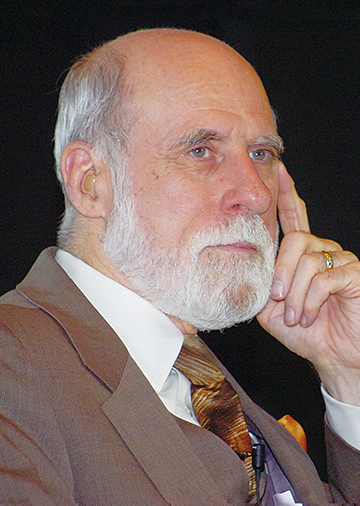 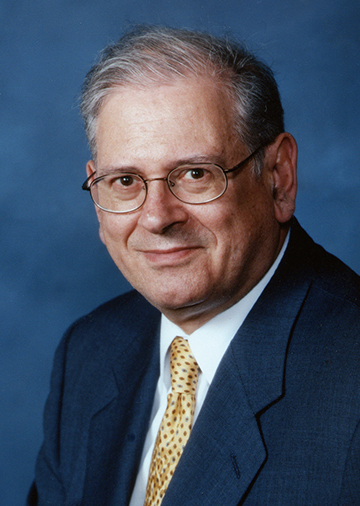 Dr. Vinton G. Cerf and Dr. Robert E. Kahn created the basic "network" concept that developed into the Internet now used worldwide. They also invented a communications protocol for effectuating that concept. As a result, they have come to be known as the "Fathers of the Internet." Thanks to their contributions, a network society, unprecedented in human history, has come into being; people’s living space has been enormously enlarged; and the most important foundation for sustaining globalization has been firmly laid.

They were involved from the start with developing early network into the Internet. Dr. Vinton G. Cerf contributed to the development of network control protocols, while Dr. Robert E. Kahn was instrumental in developing the design for distributed exchange systems. Subsequently, they did extensive research on the basic network design concept that led to today’s Internet architecture. In the course of their efforts, they jointly proposed the concept of "Open Architecture," as a way to meet the need to connect diverse devices to a network.

This design concept sought to enable all kinds of devices, and networks as well, to exchange information with each other by means of addresses and other types of information that are based on standard specifications being added to the information transmitted by the devices. It eventually developed into the basic concept of the Internet: a "network for networks" that interconnects diverse networks independently built by different organizations and individuals.

To realize this concept, they created the TCP/IP protocol used in today’s Internet, presenting it in a coauthored paper published in 1974 in a leading technical journal. Thus, based on the results achieved in their early research, Dr. Vinton G. Cerf and Dr. Robert E. Kahn jointly developed the Internet’s communications protocol.