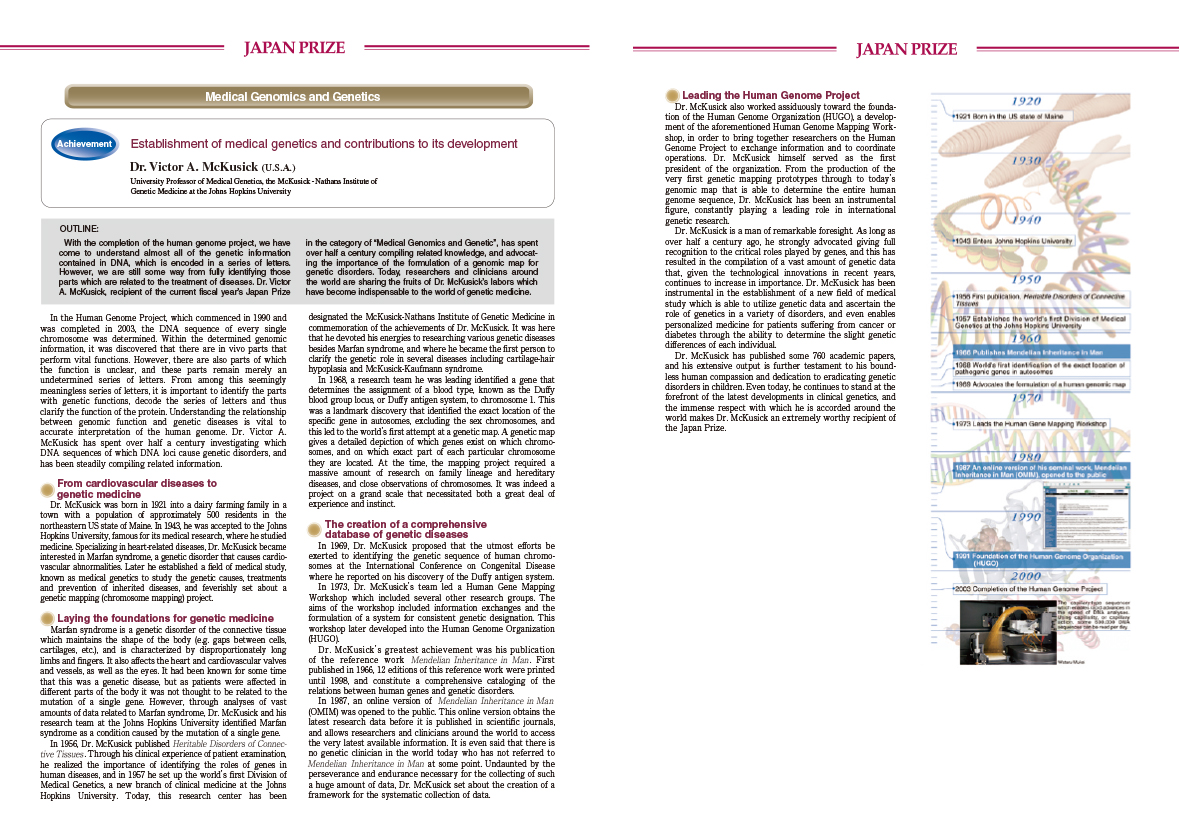 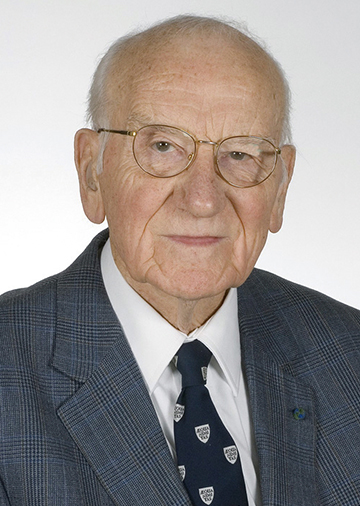 Dr. Victor A. McKusick has been respected as the father of human genetics, in which scientists search for, identify and map human genes responsible for inherited diseases. In 1957 in the Division of Medical Genetics in the Johns Hopkins Hospital, he initiated studies with inheritance patters of familial disorders, and since then, he has published more than 760 scientific publications, the number still growing. He is regarded as a leader in the world of medical genetics.

Besides his many scientific achievements in research, Dr. McKusick has been highly respected for his creation of the book, Mendelian Inheritance in Man (MIM) which he first published in 1966. This is a compilation of inherited genes providing a searchable database of everything currently known about genes involved with disease. Because of its accuracy and completeness, it is the best and only available standard reference book for those who study genetics of man. Dr. McKusick continues to edit, and the book is now in its 12th edition. Recently it has been on-lined (OMIM), that has made the book more useful as well as influential, the book is now regarded as the Bible among doctors who study and work in medical genetics. Without this book, our knowledge about the role of genes in man would have been severely limited.

Information on the sequence of the entire human genome, obtained after 10 years of collaborative efforts by more than 3,000 researchers in the Human Genome Project, has had a profound impact on bioscience and on the field of medicine. However, it is valuable, in the community of human, only when it is combined with the information in the Mendelian Inheritance in Man.

As a leading proponent of completely mapping the human genome, Dr. McKusick served as the founding president of the international Human Genome Organisation (HUGO). Dr. McKusick is an unparalleled scientist and contributor in the modern human society in which personalized medicine and medical cares based on human genomics and genetics is becoming of the utmost importance.