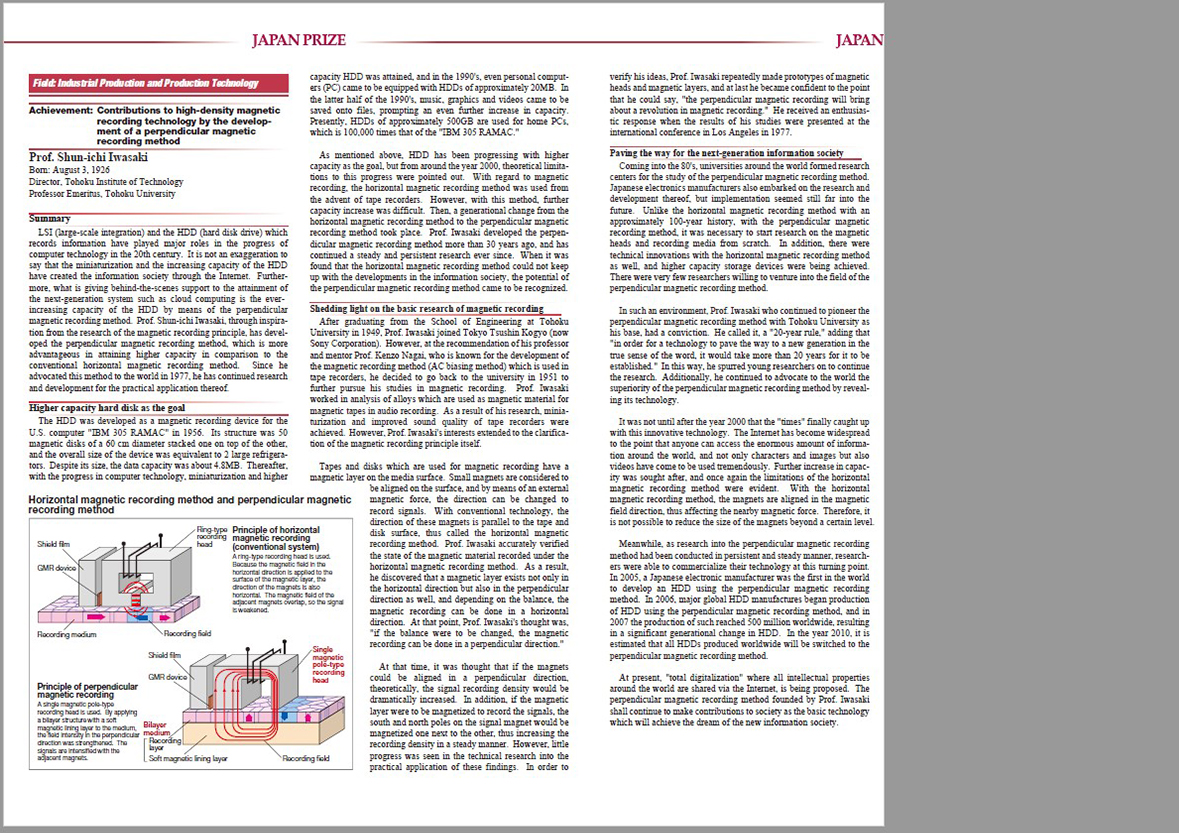 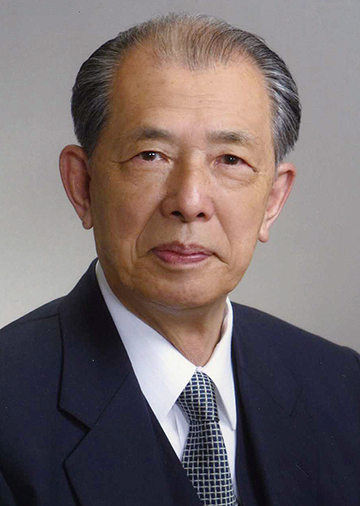 Computers have been playing the leading role in the creation of today’s information society. Hard disc drive (HDD) technology, which has been particularly important for magnetic recording, is one of the key elements that constitute computers along with LSI technology. We can say that without the advance of HDD technology, the development of today’s Internet systems and Cloud computing systems would never have taken place. In the future, as we head towards an age of total digitalization, increasing the capacity of HDDs will be called for; and the perpendicular magnetic recording method developed by Prof. Shun-ichi Iwasaki is the innovative technology that makes this possible.

All conventional magnetic recording, which uses a ring-type head, employs a method by which the recording medium is magnetized in a planar. With this method, in order to simply increase the recording density of the signal on the medium, it is necessary to make the medium’s magnetic layer thin so as to prevent attenuation of the magnetization. However, this method has an essential problem-thermal instability of signal is inevitable.

In 2006 the world’s leading computer disc manufacturers began manufacturing HDDs that are based on a perpendicular magnetic recording method. It is said that all HDDs to be manufactured in 2010 will be of the perpendicular magnetic recording type. This new technology has thus established a firm position in the manufacturing of HDD-the main memory devices of a computer-moreover it has greatly contributed to the production technology of HDD.

Thus, through his fundamental review of conventional technology and his forward leap in thinking, Prof. Iwasaki has developed a new field of magnetic recording, and has made an incomparable contribution to the creation and development of large-capacity recording technology geared to the age of total digitalization. Prof. Iwasaki is deemed most eminently deserving of the 2010 Japan Prize given to honor contributions to "Industrial Production and Production Technology" in the field of electrical engineering and information technology.