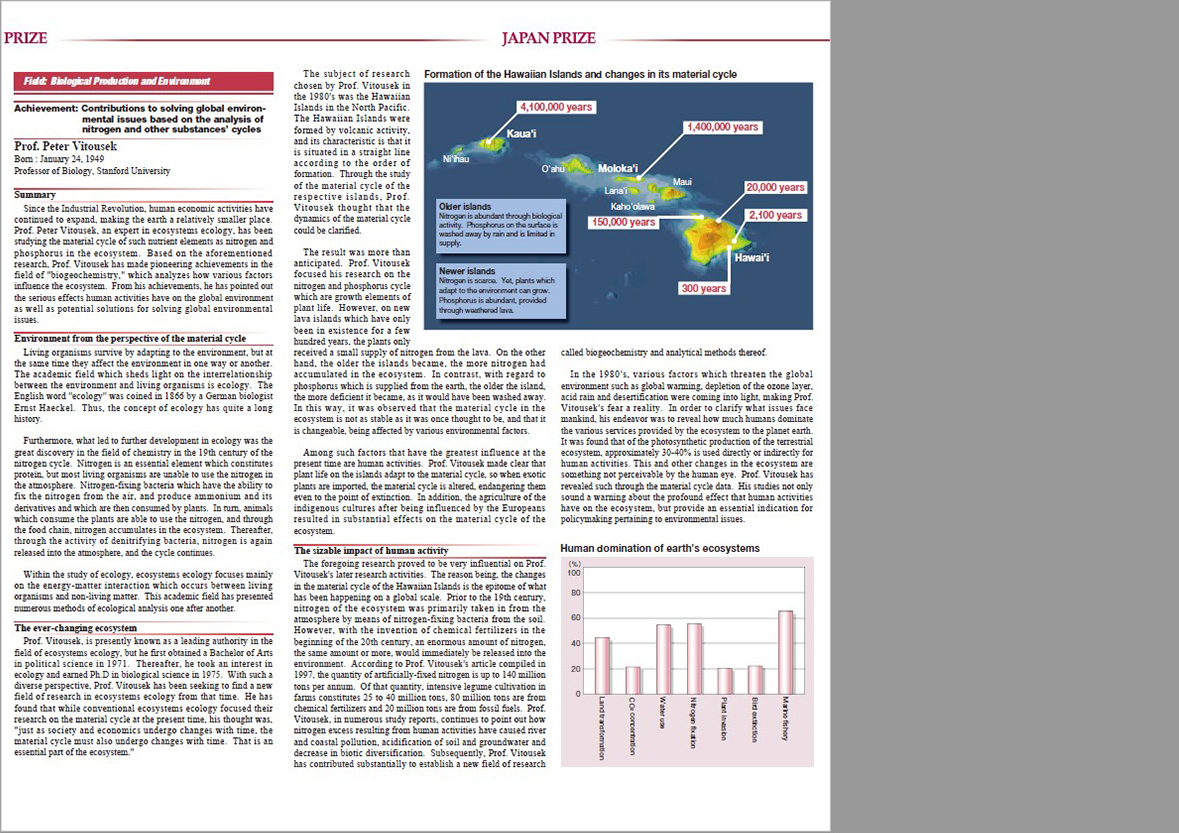 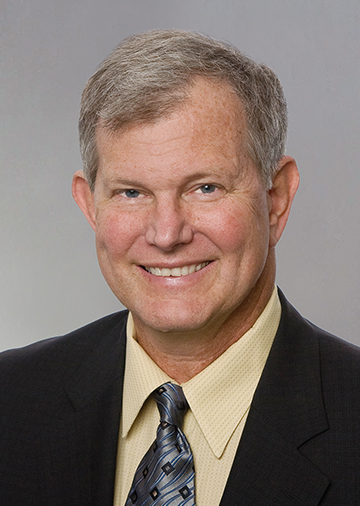 By analyzing the cycles of nitrogen and other nutrients in ecosystems, Prof. Vitousek has made pioneering achievements in elucidating the influences that human activity has on ecosystems.

In the 1970s and 1980s, Prof. Vitousek worked with colleagues to evaluate the interactions between forest harvests and other disturbances, and losses of nitrogen and other elements from forests. Based upon this research, he then conducted a wide-ranging analysis of the influences that the nitrogen supplied by human activity has on the global ecosystem.

Up until the end of the nineteenth century, nitrogen was incorporated into ecosystems from the atmosphere mainly by nitrogen-fixing bacteria. Since 1990, however, at least an equivalent amount of nitrogen has been added to the ecosystems by human activity, through the consumption of fertilizer and fossil fuels. With colleagues, Prof. Vitousek made clear that this enormous increase in the amount of nitrogen supplied to ecosystems has greatly affected the cycles of carbon, phosphorus, and other nutrients. He also pointed out that the excess nitrogen added by human activity has had an array of detrimental influences on the environment, including the pollution of rivers and coastal regions, the acidification of soil and groundwater, and the reduction of biodiversity. Through these studies, moreover, he greatly contributed to establishing the methodology and concepts of a new research field called biogeochemistry.

In addition, Prof. Vitousek combined data from this field, which began to flourish around the 1980s, with his own research findings and sought to ascertain the influences that human activity has on the global environment as a whole - including changes in land use and the transport and establishment of biological invaders around the world. As a result, he and colleagues estimated that 30-40% of the total amount of photosynthetic production of terrestrial ecosystems is used directly or indirectly by human activity, and many other aspects of the Earth System have been modified substantially. Based on these findings he has been sounding a warning about the magnitude of the influences that human activity is having on the environment, while at the same time offering important suggestions for political decisions related to environmental issues.

For his extraordinary achievements in developing the biogeochemical field of research and in investigation of scientific measures for solving todayz's most pressing global environmental issues, Prof. Vitousek is deemed most eminently deserving of the 2010 Japan Prize given to honor contributions to "Biological Production and Environment."