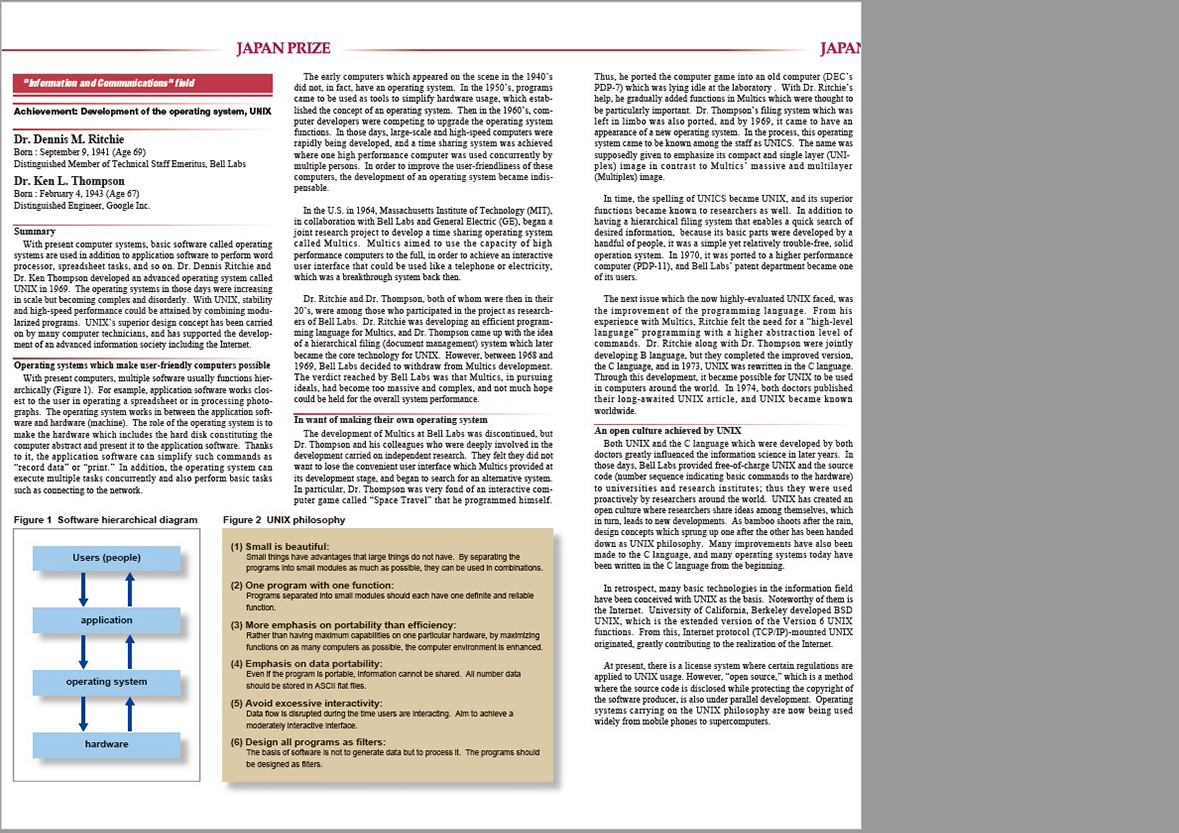 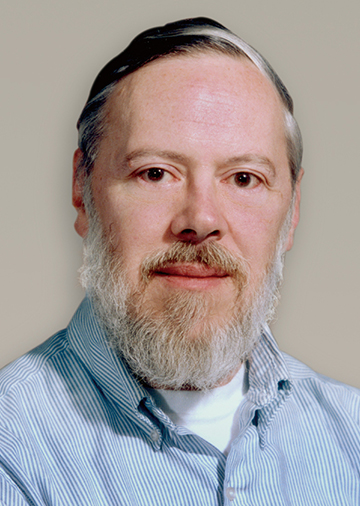 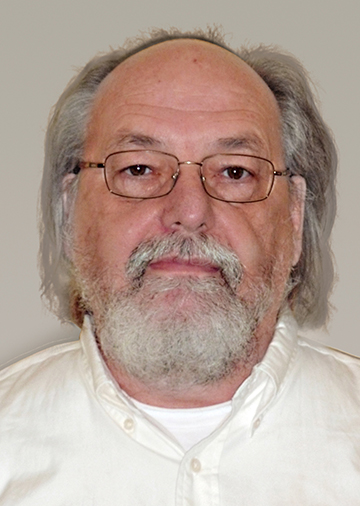 Computer hardware can perform various tasks with software. Software runs on top of foundation software called the operating system. In 1969, Dr. Dennis Ritchie and Dr. Ken Thompson developed an advanced operating system called UNIX. During a time when operating system were becoming complex, disorganized and very large, UNIX was committed in being fast and light-weight. Speaking on a technical level, it adopted a unified paradigm for accessing wide range of resources by abstracting everything from computer data to peripheral device as a simple "file" of input/output, thus achieving high scalability and simplification. In addition, usability improved greatly with the introducing of a hierarchical file-system. Today, its file and directory naming scheme has been widely adopted, most notably in the URL for the World Wide Web.

UNIX is also unique in a sense that it was developed in conjunction with C, a programming language designed for writing operating system. Today, the C programming language is still widely used and has even been used to write UNIX operating system itself. This has dramatically improving the readability and portability of UNIX source code. As a result, UNIX has come to be used by various systems such as embedded systems, personal computers and super computers.

In 1975, the sixth edition UNIX along with the source code was distributed to universities and research institutes. It was extensively studied as a practical example of an operating system and contributed greatly in the field of Information Technology as a whole. Coincidentally, it gave rise to a culture of sharing improved and enhanced source codes amongst UNIX users, and shaped the beginning of today’s Open Source culture. Today, many of the underlying technology in field of Information Technology have derived from UNIX, most notably the Internet. University of California, Berkeley, developed the Berkeley Software Distribution (BSD), an extended version of sixth edition UNIX implemented with the Internet protocol suite (TCP/IP). UNIX was the standard system using in the early days of the Internet and it greatly helped the realization of the Internet. It is very clear that UNIX researchers were a major driving force behind the development of the Internet culture.

When looking back at the evolution of Computer Science and the development of the IT industry, the fundamental contribution of UNIX is unparalleled.

It is for these extraordinary achievements that Dr. Dennis Ritchie and Dr. Ken Thompson are deemed most eminently deserving of the 2011 Japan Prize given to honor contributions in the fields of "Information and Communications".