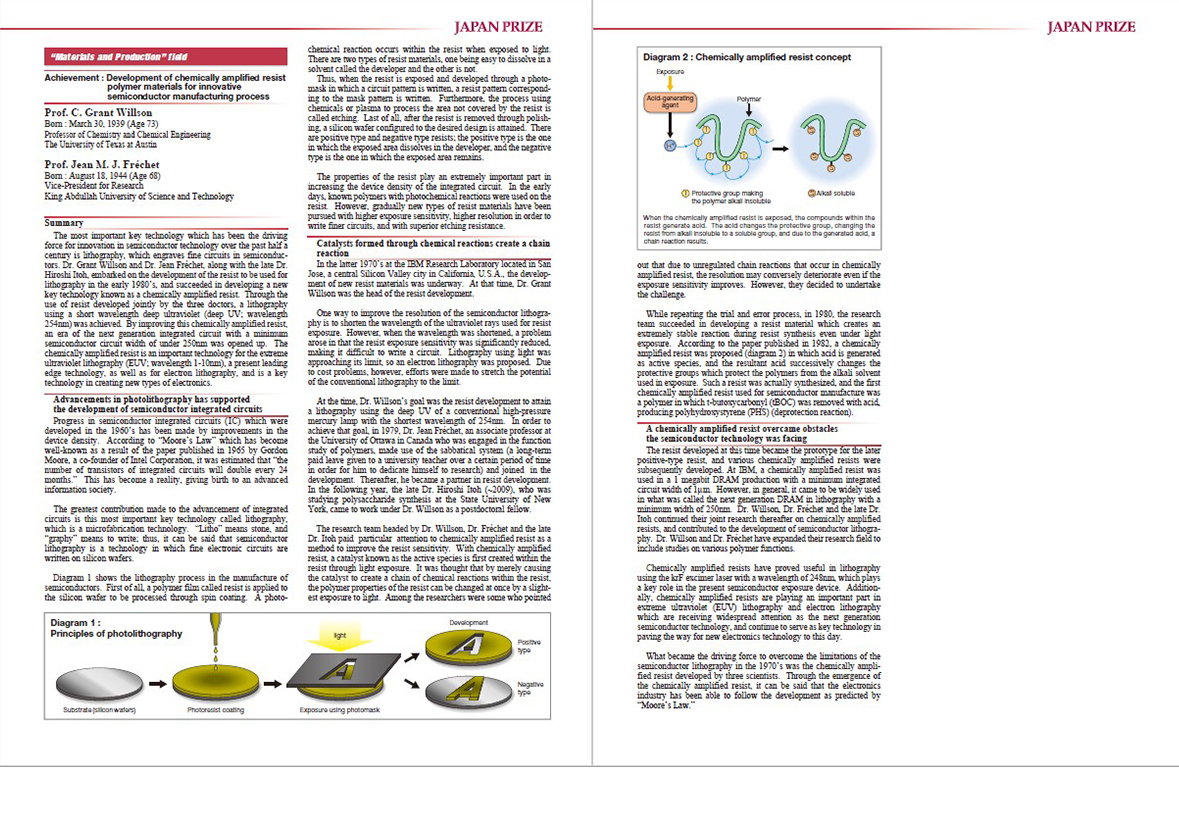 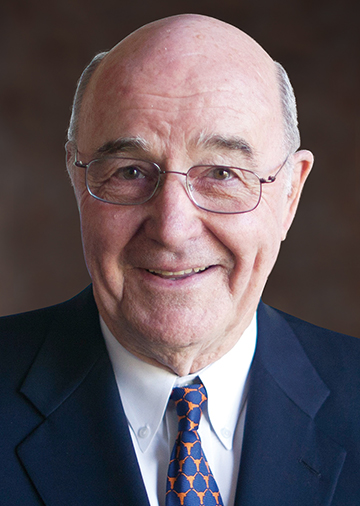 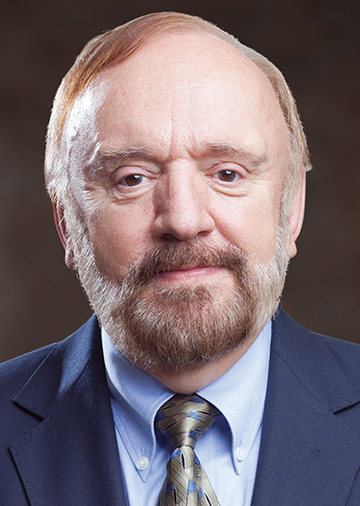 Vice-President for Research King Abdullah University of Science and Technology

Prof. Willson and Prof. Fréchet along with the late Dr. Hiroshi Ito developed "Chemically Amplified Resists", materials that are used in lithography to form the minute structures that make up today's semiconductor devices. These materials are now used to manufacture nearly all of the microprocessors and memory chips that enable electronic devices such as personal computers, mobile phones and motor vehicles thereby contributing significantly to the development of our modern information society.

In 1979 Prof. Fréchet spent a sabbatical leave at the IBM San Jose Research Center working with Dr. Willson who was heading resist research at IBM at that time. Together, they devised the design principles for the Chemically Amplified Resists, which achieve very high sensitivity through use of acid catalyzed reactions, made the first materials, and demonstrated the concept. The late Dr. Hiroshi Ito who was recruited as a postdoctoral fellow of Dr. Willson subsequently joined them on the project and made great contributions to many aspects of modern formulations of the materials thereafter.

At the time of the invention of chemically amplified resists, the semiconductor industry was approaching a limit. The existing lithography process and the available resist materials could not form the smaller images required to continue improving the devices. In realizing high resolution light with shorter wavelength was preferred but such light sources were very weak in output in those days. The chemically amplified resists developed by the Professors provided higher sensitivity, which improved production efficiency by reducing photo irradiation time for image formation, and enabled the production of much smaller structures. Making these smaller structures improved the performance of the devices, made them less costly to produce, and opened the way for their use in a host of new applications from computers to communication devices. Initially, the chemically amplified resists were a closely guarded IBM technology, but in the 1990's they were licensed to many companies and quickly became the basis for nearly all production of the semiconductor chips. Even today, it continues to provide crucial technologies for semiconductor production, thereby contributing profoundly to the development of information society.

The chemically amplified resist technology developed by Professor Willson and Professor Fréchet together with the late Dr. Hiroshi Ito continue to improve the quality of our lives and industrial activities and have therefore been deemed eminently deserving of the 2013 Japan Prize given to honor contributions in the field of "Materials and Production".