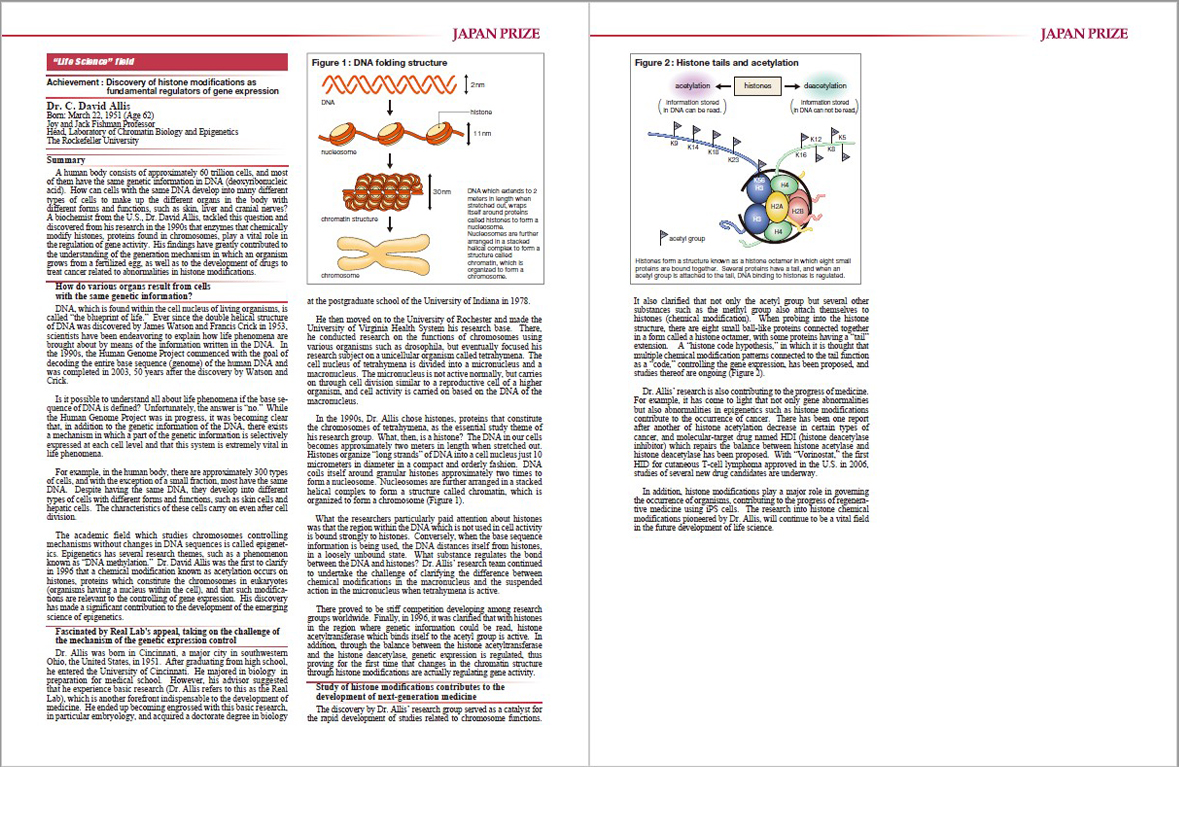 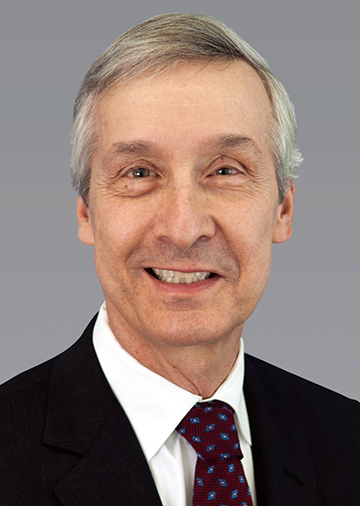 Post-translational modifications of histones, which bind to DNA in the cell nucleus to form nucleosome, have been known for some time. Their physiological significance, however, was a long time mystery until it was elucidated by Dr. David Allis. Dr. Allis was the world’s first to biochemically identify nuclear histone acetyltransferase enzymes using model eukaryotes. He also played a decisive role in elucidating the transcriptional regulatory mechanism by proving that chromatin structural changes induced by histone modifications are gene regulatory activity, thereby opening up a new area of research.

Furthermore, the discovery of transcriptional regulatory mechanisms by histone modifications has had a major impact in the field of epigenetics, the study of heritable changes beyond cell division in gene expression that is caused by mechanisms other than changes in the DNA sequence.

With the emergence of modern next-generation sequencers, gene regulatory mechanisms by various histone modifications are being unraveled at a rapid pace, thereby becoming an important area of research connecting heredity, developmental biology, the environment and diseases. Moreover, Dr. Allis pointed out that histone modification and de-modification activities responsible for transcriptional regulation are enzyme-catalyzed chemical reactions and that have great potential as therapeutic targets with low-molecular-weight specific inhibitors.

In fact, a drug to regulate histone acetylation has already been approved and used clinically in the United States as a therapeutic drug for Cutaneous T cell lymphoma. There is also great anticipation for its therapeutic application in regenerative medicine, as it has been revealed that chemical modifications of histones play a crucial role in stem cells and reprogramming.

As explained above, Dr. Allis’s discovery of histone acetyltransferase was the decisive factor in establishing the connection between histone modifications and gene regulatory activity. It was only since then that the concept of gene regulatory mechanisms by various histone modifications was established. Dr. Allis continues to lead in his research area and has since made great advancements in elucidating the significance of various histone modifications, thereby contributing significantly to the progress of life science. It is for these outstanding achievements that Dr. Allis is deemed most eminently deserving of the 2014 Japan Prize given to honor contributions in the field of “Life Science.”