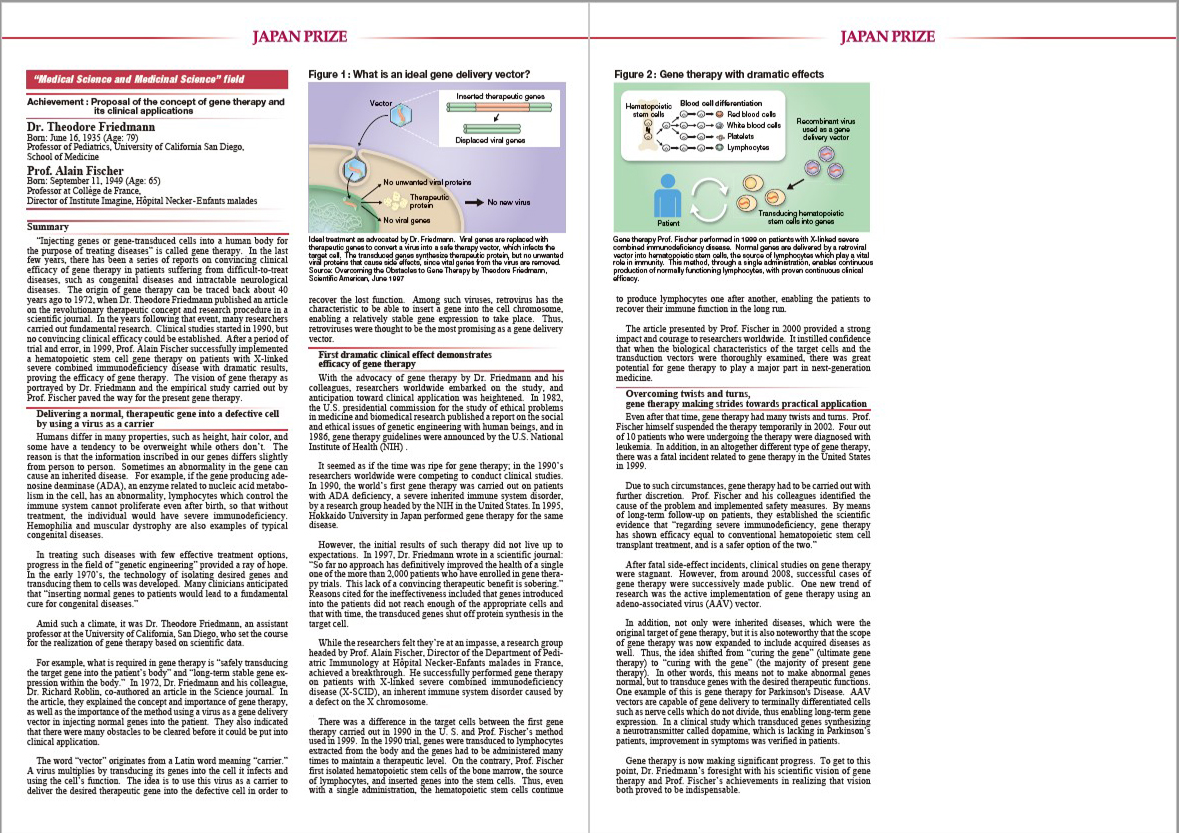 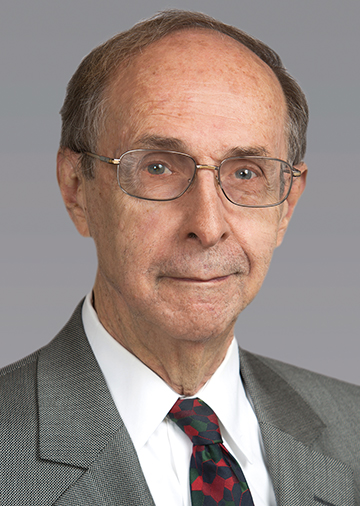 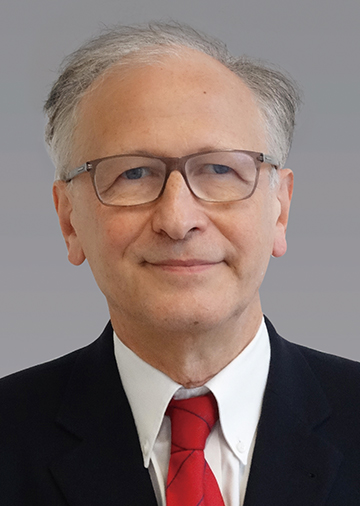 Gene therapy for genetic diseases and numerous refractory diseases is one of the most revolutionary and advanced medical treatments of the 21st century. In recent years, its dramatic clinical effectiveness on various refractory and fatal diseases is increasingly being reported. Amongst the trend of successful clinical applications, it was Dr. Friedmann and Dr. Fischer who made history by playing a crucial role in its development.

During the 1970s, Dr. Friedmann became the first to propose the concept of gene therapy and, with his colleagues, to provide the first proof of the concept in disease models and to show the potential effectiveness of hematopoietic stem cell gene therapy through animal experimentation. He and his co-workers contributed to the development of core technologies surrounding today’s transgenic vectors, thereby pioneering the way for basic development research on gene therapy. Furthermore, Dr. Friedmann has been at the forefront of ethical issues surrounding this field, for he has been an opinion leader for the past 40 years and is called the “Father of Gene Therapy”.

In addition to these successful cases, hematopoietic stem cell gene therapy is now enabling children with adenosine deaminase deficiency to live normal lives. There has also been a string of reports on the effectiveness of gene therapy with an adeno-associated virus vector on diseases such as Leber's congenital amaurosis, Parkinson's disease, hemophilia B and lipoprotein lipase deficiency.

As described, Dr. Friedmann proposed the concept of gene therapy, a field that has overcome numerous difficulties and has now flourished, and pioneered the early phases of basic research on gene therapy. Dr. Fischer, on the other hand, clinically proved the dramatic effectiveness of gene therapy on fatal genetic diseases and realized what was once thought to be a miracle treatment. It is for these outstanding achievements that Dr. Friedmann and Dr. Fischer are deemed most eminently deserving of the 2015 Japan Prize given to honor contributions in the fields of “Medical Science and Medicinal Science”.