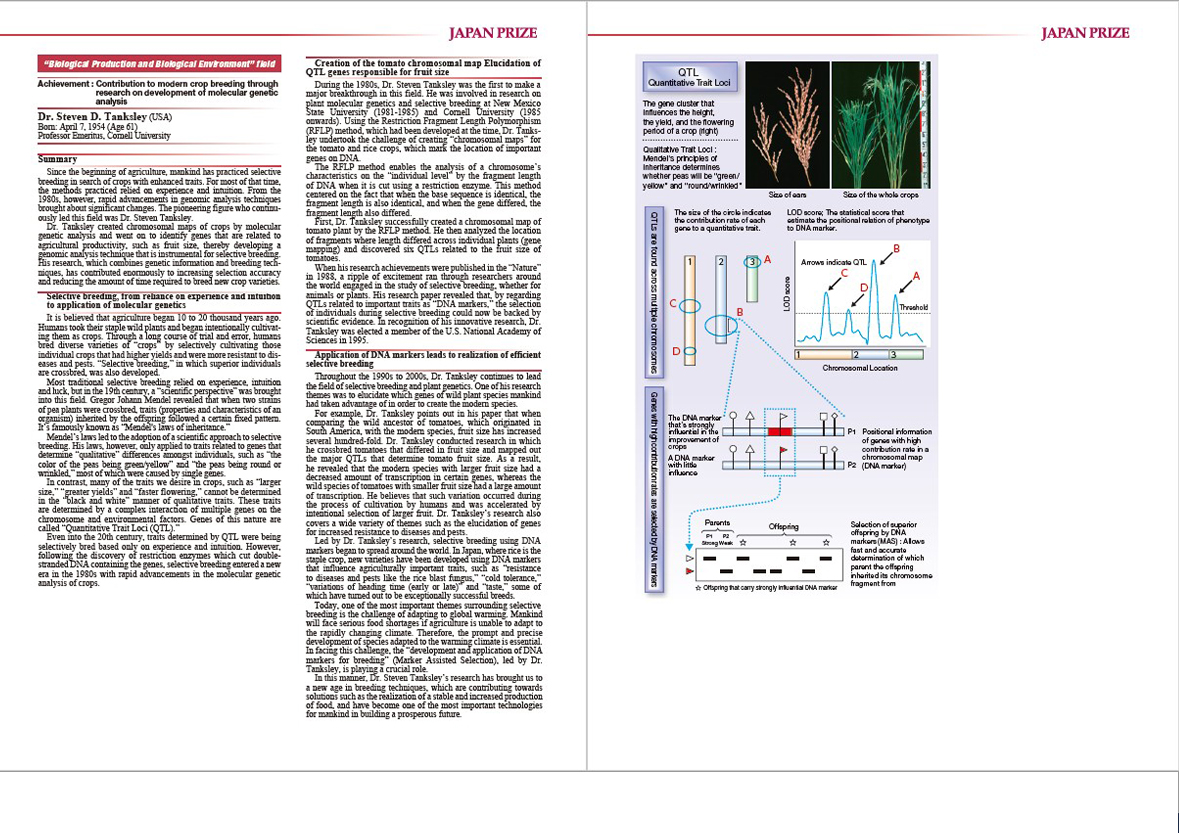 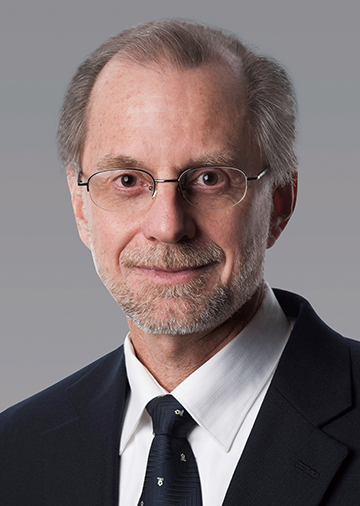 Dr. Steven Tanksley has made such important achievements as the generation of molecular linkage maps of crops using molecular technology, development of innovative techniques for identifying productivity related genes like those for fruit sizes, as well as the application of genetic markers to crop improvement.

From the 1980s to the 90s, Dr. Tanksley opened new horizons in the development of chromosome maps for crops by applying molecular biology techniques to tomato and rice plants. He then developed a method to associate chromosome region information (DNA markers) with Quantitative Trait Loci (QTL), even though analysis of QTL, such as seed numbers, cold-resistance and flowering time, was too complex to be solved due to the intricate effects of multiple genes and environmental factors. Furthermore, Dr. Tanksley demonstrated through the isolation of QTL that a particular mutation that occurs during the domestication process of a wild species of tomato contributes to its fruit size. He also pointed out the importance of spontaneous mutation amongst wild species for the future crop development, and devised a method for evaluating the genes of wild germplasm resources. These highly original achievements by Dr. Tanksley have since contributed to wide-ranging and rapid progress in related research areas, such as in the development of molecular linkage maps for crops and livestock, the identification of agriculturally useful QTL, and the sequence determination of whole genomes.

After Dr. Tanksley’s research achievements, crossbreeding was transformed from realm of experience, intuition and luck to predictive science. Triggered by his research, a breakthrough technology known as Marker Assisted Selection (MAS) was developed, enabling systematic improvement of crops based on DNA markers derived from genome information. This technique that combines genetic information and breeding offers seminal advantages such as significant shortening of the breeding period and reliability of superior offspring selection. It has drawn researchers from around the globe, and is being applied for a wide variety of crops. Today, MAS has become an indispensable method of crop development and livestock breeding, and is therefore considered to be an outstanding contribution to the agricultural industry.

Dr. Tanksley’s research established the theoretical bases for understanding the genetic information of crops which has been widely adopted in the field of modern crop breeding, thereby contributing profoundly to the stable production of food crops in the world. It is for these outstanding achievements that Dr. Steven Tanksley is deemed most eminently deserving of the 2016 Japan Prize given to honor contributions in the fields of “Biological Production and Biological Environment.”