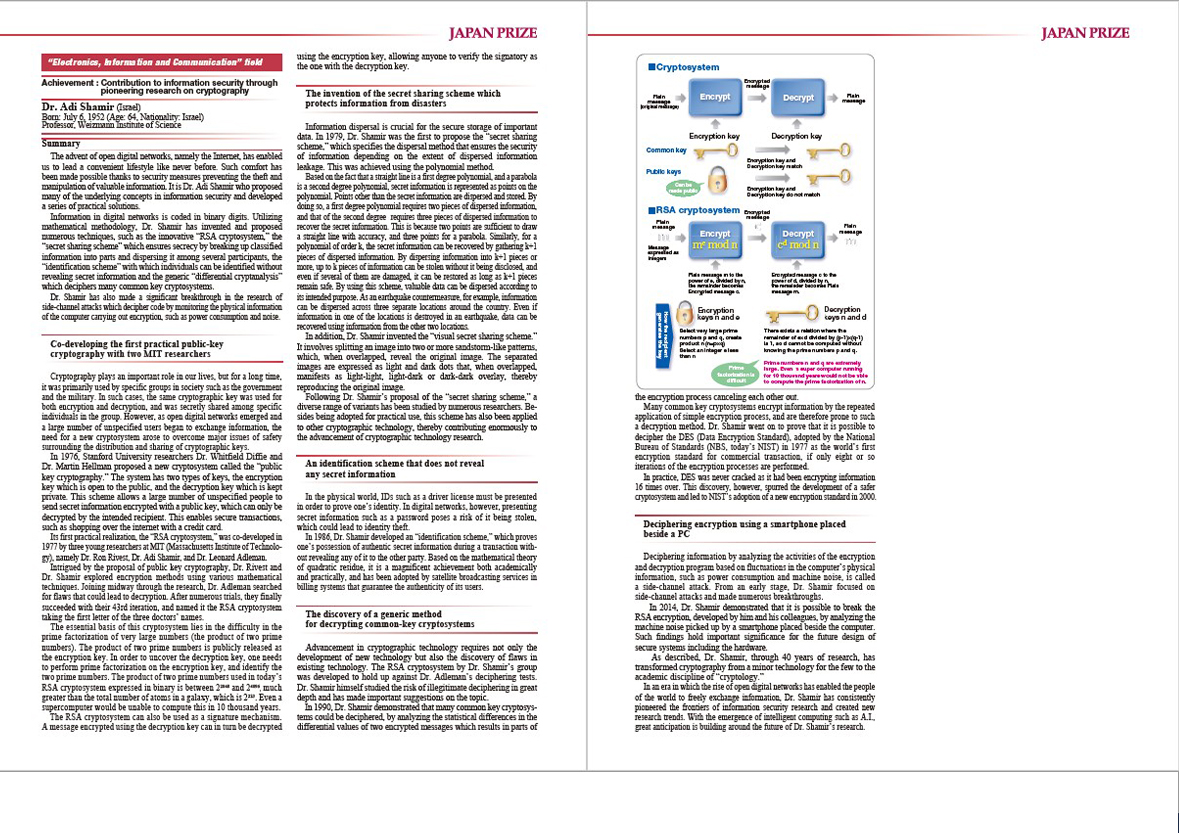 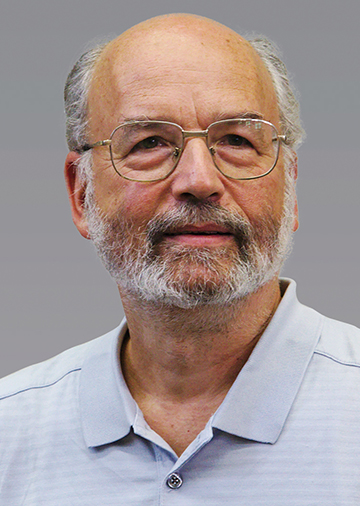 Dr. Adi Shamir has made outstanding achievements in cryptography for information security, which is essential for the realization of a safe and secure society. They include a wide range of underlying studies on computational complexity theory and algorithms.

Dr. Shamir’s remarkable contribution began with the joint invention of the RSA cryptosystem with Dr. Ron Rivest and Dr. Leonard Adleman in 1977. It was the first practical public-key cryptosystem suited for secure communication with a large number of unspecified users, such as the World Wide Web. It is still widely used around the globe today, as it can not only conceal data but also generate digital signatures, and is very secure. Furthermore, the adoption of the RSA cryptosystem and its security evaluation had a profound impact on mathematics and mathematical sciences from the standpoint of computational complexity theory, including the number theory.

Thereafter, Dr. Shamir proposed numerous innovative concepts, such as his secret sharing scheme in 1979, the identification scheme that does not reveal any secret information in 1986, and the differential cryptanalysis for block ciphers in 1990. At the same time, he presented their detailed mechanisms based on information theory and computational complexity theory. These achievements have contributed enormously towards the establishment of cryptography as a field of study. The secret sharing scheme, which securely manages data by distributing secret information, has become an important technology for encryption key management as well as for data backup and disaster recovery. Moreover, it has been adopted as an elemental technology for a variety of cryptographic protocols, thereby contributing immensely towards cryptography research.

The identification scheme is not only a magnificent achievement academically, but has also seen success in billing systems for satellite broadcasting. Meanwhile, the differential cryptanalysis was applied to the DES cryptosystem, which was the US Federal Standard at the time. It served as a catalyst for the development of a more secure cryptosystem and had a tremendous impact on the continuity of a secure information society. Furthermore, Dr. Shamir has from an early stage focused on side-channel attacks, which obtain inside information by monitoring the physical information of the encryption apparatus, such as its power consumption and noise. In recent years, he has presented important findings on attacks that exploit noise generated by computers. Such findings by Dr. Shamir are a strong reminder that in future, the design of entire information systems must be taken into account in order to ensure greater security.

Information security is indispensable to the advancement of our rapidly evolving information society. Dr. Adi Shamir, who contributed to establish cryptography as a field of study and continues to pioneer its practical application to this day, is thereby deemed most eminently deserving of the 2017 Japan Prize given to honor contributions in the fields of "Electronics, Information and Communication."