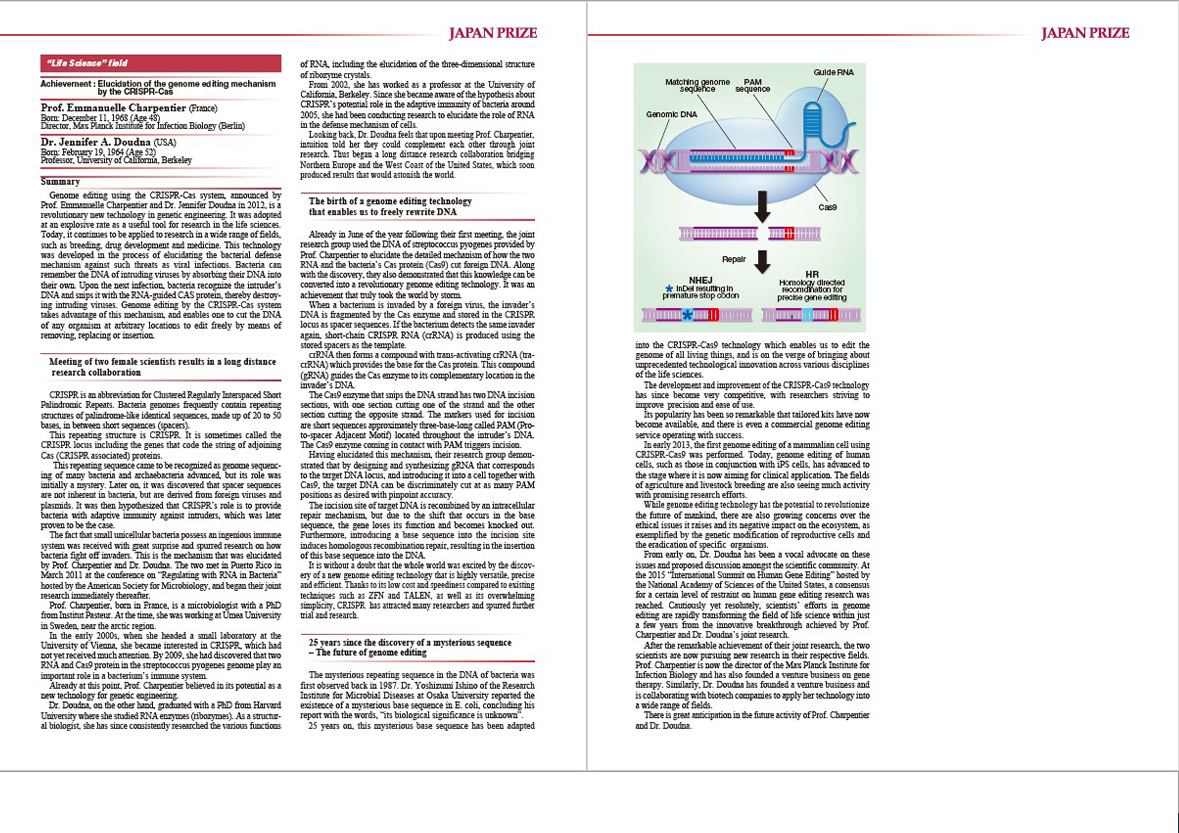 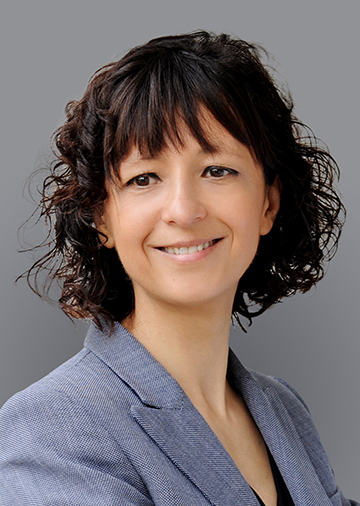 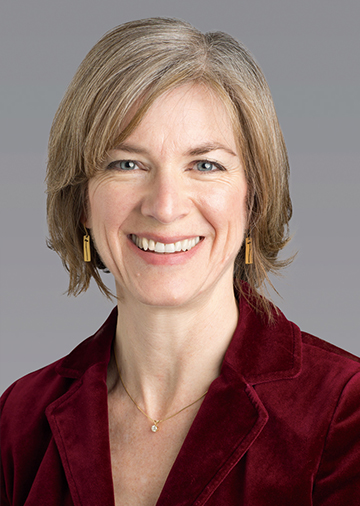 The CRISPR-Cas is originally an RNA-mediated adaptive immune system that protects bacteria and archaea from invading mobile genetic elements such as phages and plasmids. As a general principle, cells express short CRISPR RNA (crRNA) molecules that contain unique genome-targeting spacers. When invaded by nucleic acid molecules containing a recognition site, the crRNA guides Cas proteins to cut the nucleic acid molecules leading to their degradation. Six types of CRISPR-Cas systems have been identified to date.

In 2011, Prof. Emmanuelle Charpentier discovered with her work on Streptococcus pyogenes expanding on other bacterial species that in the type II CRISPR-Cas systems, crRNA production requires a small RNA called trans-activating crRNA (tracrRNA) that base pairs with the repeats of precursor-crRNA to enable cleavage by the bacterial enzyme Ribonuclease III.

The following year, Prof. Charpentier and Dr. Jennifer A. Doudna’s joint research demonstrated that the Cas9 enzyme of the S. pyogenes type II CRISPR-Cas system makes a precise cut in the DNA matching the crRNA in a process that also requires the tracrRNA. Furthermore, they showed that an engineered single-guide RNA (sgRNA) that combines the crRNA and tracrRNA can be used to program Cas9 for site-specific DNA cleavage, providing a simple technology by which a genome can be site-specifically edited at locations of interest. This breakthrough cemented the basic concept of genetic modification technology using CRISPR-Cas9. The doctors subsequently elucidated the structure of CRISPR-Cas9 complex, as well as the molecular mechanisms of the cross-interaction between two types of short guide RNA and Cas9.

The CRISPR-Cas9 is a revolutionary technology with wide-ranging applications to genetic modification, due to its capacity to edit genomes at will, be they plants or animals, so long as a particular base sequence (protospacer adjacent motif, PAM) is present near the target region of sgRNA. While recent developments in artificial restriction enzymes such as ZFN and TALEN have simplified targeted gene modification, the CRISPR-Cas9 system is a far more efficient technology for genetic modification. It can be applied not only to the creation of genetically altered animals and the breeding of crops and livestock, but also to humans through means such as gene therapy.

As described, Prof. Charpentier and Dr. Doudna discovered the mechanism underlying RNA-guided target degradation of CRISPR-Cas9, and built the foundation of genome engineering technology, an area expected to contribute enormously to the field of life science. It is for these outstanding achievements that Prof. Emmanuelle Charpentier and Dr. Jennifer A. Doudna are deemed most eminently deserving of the 2017 Japan Prize given to honor contributions in the field of "Life Science."