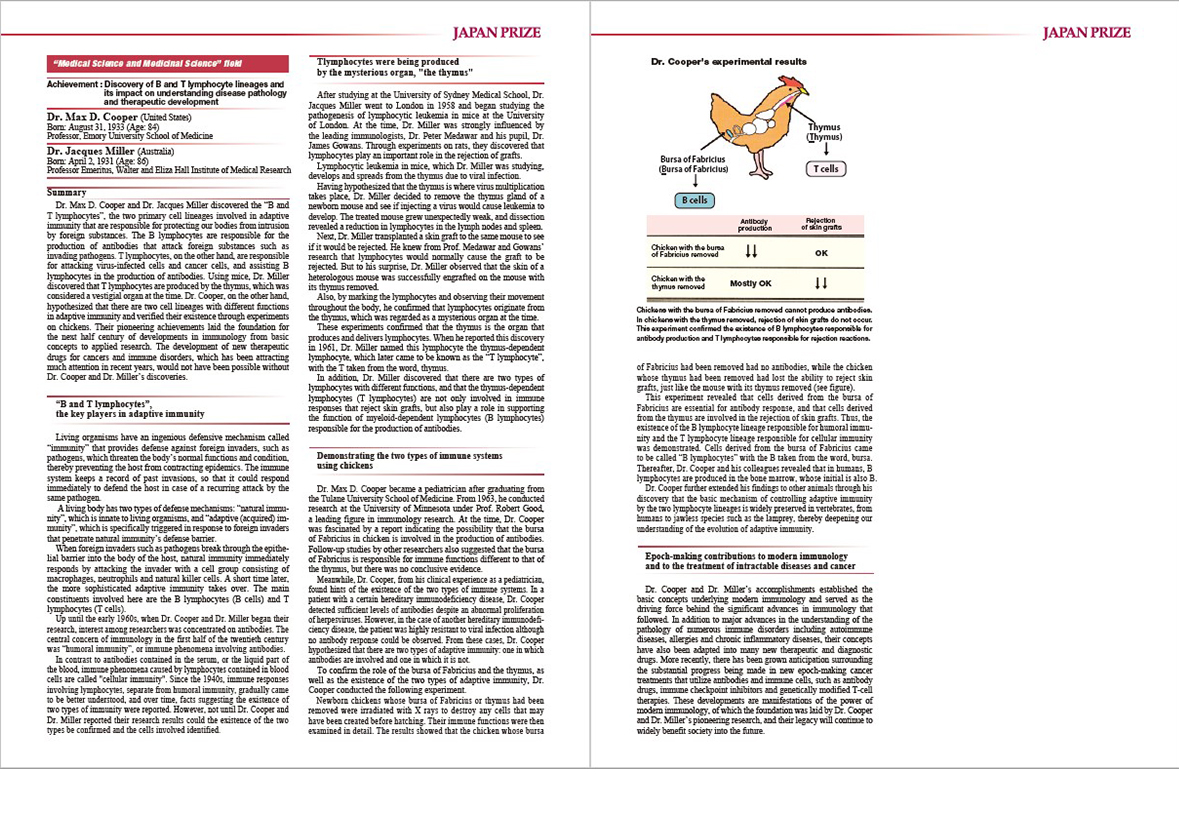 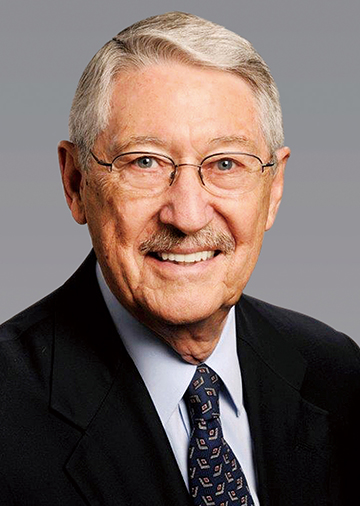 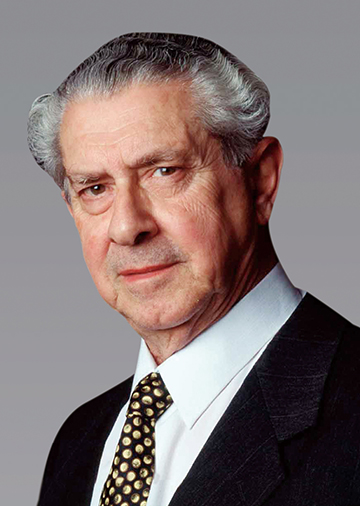 The immune system is tightly regulated to maintain homeostasis in the body and plays a crucial role in host defense against invading pathogens and cancers. Thus, its imbalance can result in intractable diseases including severe infections, autoimmune diseases, allergies, chronic inflammatory diseases and malignancies. Recent advances in research on these immune disorders have fueled the development of novel therapeutic strategies that modulate immune cells or their products. Through their identification of the cellular building blocks of the immune system, Dr. Max Cooper and Dr. Jacques Miller have laid the conceptual groundwork for our understanding of nearly all fields touched by immunology. Their fundamental discovery relates to the characterization of the two types of lymphocyte lineages involved in the adaptive immune system, namely the B lymphocytes responsible for humoral immunity (i.e. antibody production) and T lymphocytes responsible for cellular immunity.

Dr. Miller originally discovered that animals subjected to thymic ablation at birth were unable to reject transplanted foreign tissues and succumbed to many types of infections. This discovery demonstrated that the thymus, an organ then considered to be vestigial, is vital for the development and function of the adaptive immune system. He also demonstrated that mouse lymphocytes can be separated into two developmentally and functionally distinct lineages that were later called T and B lymphocytes, and that in mammals, T lymphocytes are produced by the thymus. Meanwhile, Dr. Cooper, as a pediatrician, noticed apparent differences in the clinical manifestations among patients suffering from primary immunodeficiencies, leading him to hypothesize the existence of functionally different cell lineages in the adaptive immune system. To verify this hypothesis, he used chickens without bursa of Fabricius or thymus and found that B (bursa-derived) lymphocytes are required for antibody responses of humoral immunity, while T (thymus derived) lymphocytes are responsible for delayed-type hypersensitivity responses, graft-versus-host reaction and skin-graft rejection, all of which are mediated by cellular immunity.

The series of studies by Dr. Miller and Dr. Cooper thus revealed the dual nature of the adaptive immunity, the B lymphocyte-mediated humoral immunity and T lymphocyte-mediated cellular immunity. Dr. Cooper further extended his findings in other animals and concluded that the dual nature of the immune system has been evolutionarily conserved as a fundamental defense mechanism across a wide variety of animal species from humans to jawless vertebrates.

The achievements by Dr. Cooper and Dr. Miller have established the basic concepts underlying much of modern immunology. These discoveries fueled rapid advancements in both basic and applied sciences, creating ripple effects socially and economically. In recent years, the developments of new anti-cancer drugs (such as immune checkpoint inhibiting antibodies and genetically-modified T lymphocytes) and anti-cytokine antibodies for the treatment of autoimmune diseases, such as rheumatoid arthritis and inflammatory bowel disease, have received great attention in the field of medical and medicinal sciences. These recent accomplishments would not have been possible without the ceaseless efforts in basic immunology and translational research that unfolded in the wake of the pioneering discoveries made by Dr. Cooper and Dr. Miller.

It is for these outstanding achievements that Dr. Max Cooper and Dr. Jacques Miller are deemed most eminently deserving of the 2018 Japan Prize given to honor contributions in the field of "Medical Science and Medicinal Science."