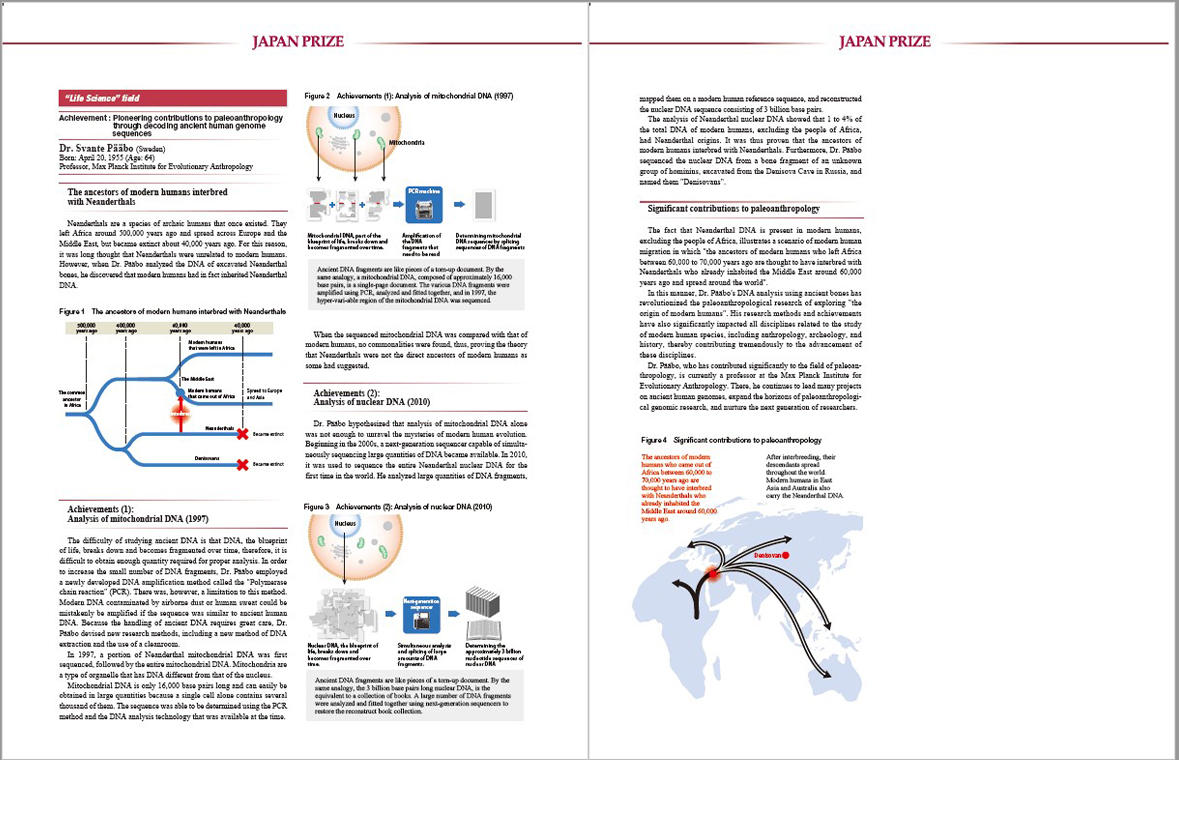 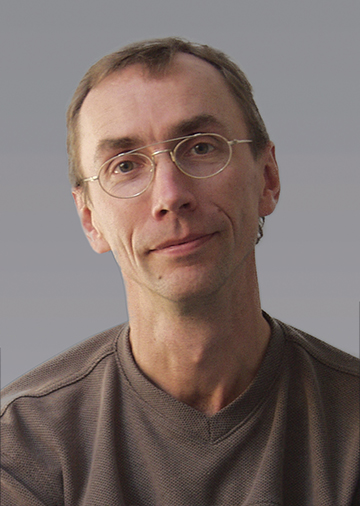 One of the major themes in biology is the origin of humans, that is, how humans emerged during the course of evolution. From the mid-1980s to the present day, Dr. Svante Pääbo has continuously pioneered the application of DNA analysis for ancient bones, and in particular regarding techniques for sequencing severely degraded DNA.

In 1997, Dr. Pääbo successfully sequenced the Neanderthal mitochondrial DNA. Based on that sequence, he estimated that Neanderthals were not the direct ancestors of modern humans but a lineage of ancient human species that split off long ago. He then took on the challenge of deciphering the nuclear genome. In 2010, he became the first in the world to sequence the ancient nuclear genome of Neanderthals at the "whole genome" level using the latest next-generation sequencing techniques.

The technique developed by Dr. Pääbo greatly improved the analysis accuracy and enabled him to discover the existence of interbreeding between human ancestors and Neanderthals, which would not have been possible with mitochondrial DNA analysis. He also applied his technique to a bone fragment and teeth excavated from Denisova Cave in Russia's Altai region. The DNA sequence analysis showed that the fossil belonged to Denisovans, a group close to Neanderthals. Further analysis has since revealed that there was interbreeding between Neanderthals and Denisovans. Whether or not modern humans are of completely different lineage from other ancient humans had been long debated, but Dr. Pääbo's analysis finally proved that modern humans had indeed inherited genomes from extinct ancient human species.

Dr. Pääbo had thus transformed paleoanthropological research by introducing the technique of genome analysis using ancient bones. Furthermore, his technique and achievements greatly impacted not only paleoanthropology, but also all areas related to humankind, such as anthropology, archeology and history, and have contributed to their advancement. It must also be noted that as the director of the Max Planck Institute for Evolutionary Anthropology in Leipzig, Dr. Pääbo has also led many projects on ancient human genomes. Under his leadership, he opened up the field of genome research in paleoanthropology and has nurtured many researchers.

As mentioned above, Dr. Pääbo has shed light on the fundamental question of human origin through his pioneering research on the analysis of ancient genomes. It is for these significant contributions that Dr. Svante Pääbo is deemed most eminently deserving of the 2020 Japan Prize in the field of "Life Science".