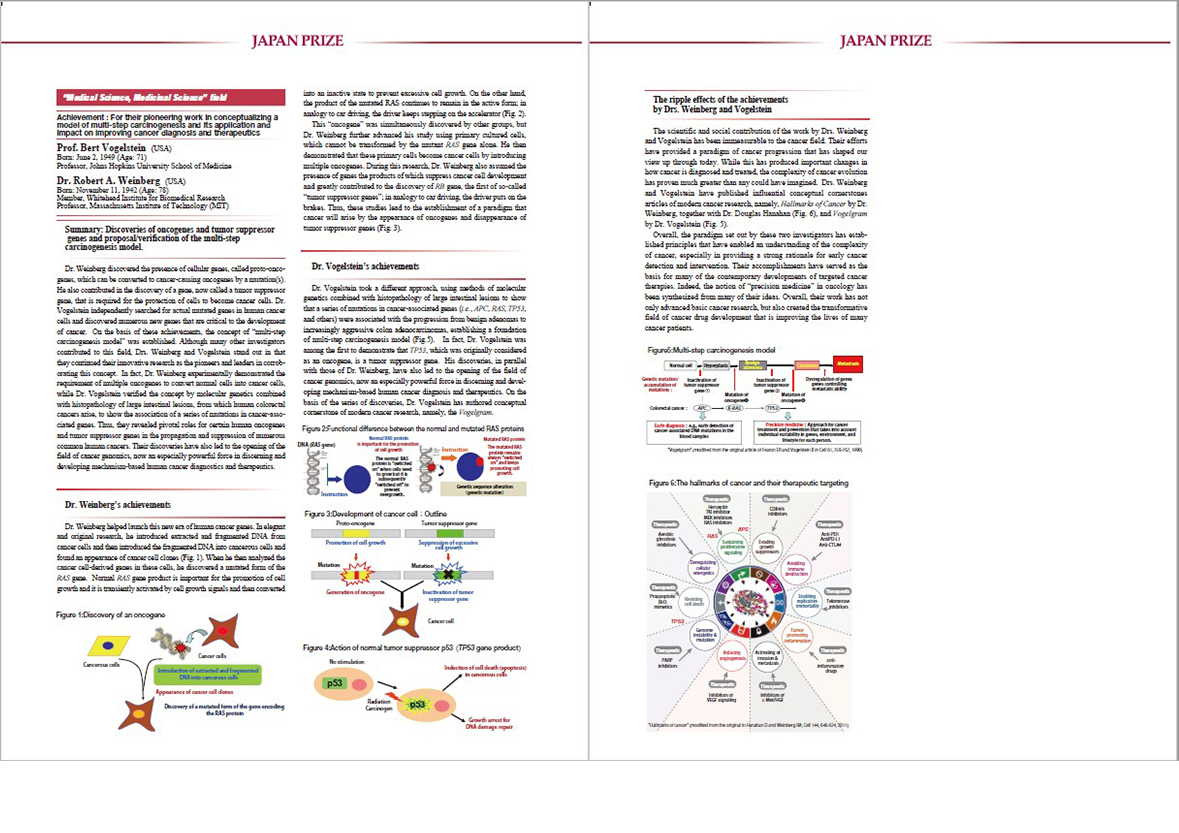 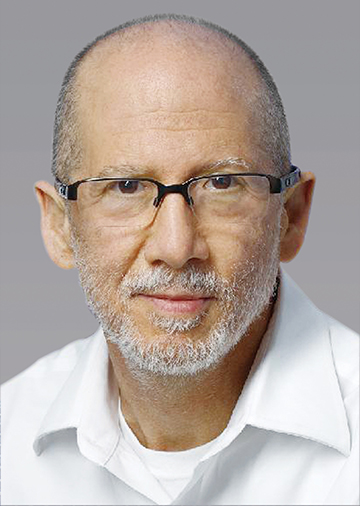 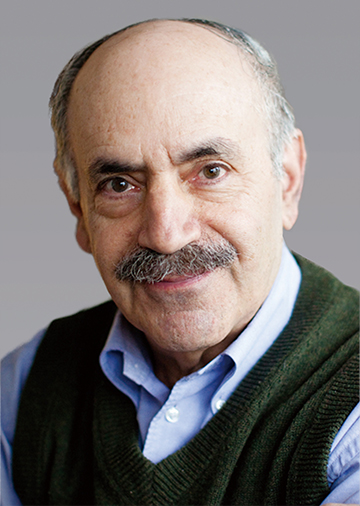 While cancer has often been stereotyped as an incurable and unbearably painful fatal disease, the sad truth is that this is the fate for all too many patients. This brutal and often inescapable sentence has gradually given way to the centuries-long progress waged by modern medicine. Today, many if not all cancers, particularly those detected at an early stage, are amenable to some form of treatment. The basis of this medical advancement has been founded on innumerable basic and clinical research findings that have elucidated the inner workings of cancer. These studies have revealed a multitude of genetic and epigenetic alterations that drive multi-step development of malignancies through the dysregulation of cellular growth, perturbed differentiation, and evasion of cell death.

It was through many of the research discoveries made by Drs. Robert Weinberg and Bert Vogelstein that we have attained this level of understanding. Amongst the numerous prominent scientists engaged in cancer research, these two investigators stand out for their specific work that established our understanding that carcinogenesis is a multi-step process. Dr. Weinberg originally demonstrated that normal rodent cells could only be transformed into cancer cells by mutation of at least a pair of genes, initially demonstrated with activated MYC and RAS oncogenes but later with other genes. Dr. Vogelstein took a different approach, using methods of molecular genetics combined with histopathology of large intestinal lesions to show that a series of mutations in cancer-associated genes (i.e., APC, RAS, TP53, and others) were associated with the progression from benign adenomas to increasingly aggressive colon adenocarcinomas. Thus, Weinberg and Vogelstein revealed pivotal roles for certain human oncogenes and tumor suppressor genes in the propagation and suppression of numerous common human cancers.

Their discoveries have also led to the opening of the field of cancer genomics, now an especially powerful force in discerning and developing mechanism-based human cancer diagnosis and therapeutics. Drs. Weinberg and Vogelstein have authored numerous influential articles, including some that have become conceptual cornerstones of modern cancer research, namely, “Hallmarks of Cancer” by Dr. Weinberg, together with Dr. Douglas Hanahan, and “Vogelgram” by Dr. Vogelstein, which are complementary to each other.

The social contribution of the work by Drs. Weinberg and Vogelstein has been immeasurable to the field. Their efforts provided the paradigm of cancer progression as we view it today. While this has produced important changes in how cancer is diagnosed and treated, the complexity of cancer evolution has proven much greater than any could have imagined. In particular, Dr. Weinberg’s work has led to the identification of critical genes for cancer development that have subsequently been approved as therapeutic targets, resulting in thousands of lives being saved. Dr. Vogelstein also discovered many important genes contributing to a variety of human cancer types and his work has been formulated into a paradigm of cancer evolution. Overall, the paradigm set out by these two investigators has established principles that have enabled an understanding of the complexity of cancer and provided a strong rationale for early cancer detection and cancer interception. These accomplishments have served as the basis for many of the contemporary developments of targeted cancer therapies. Indeed, the notion of “precision medicine” in oncology has been synthesized from many of their ideas. Overall, their work has not only advanced basic cancer research, its impact can also be seen in the transformative field of cancer drug development that is improving the lives of many cancer patients.

It is for these outstanding achievements that Dr. Robert Weinberg and Dr. Bert Vogelstein are deemed most eminently deserving of the 2021 Japan Prize given to honor contributions in the field of "Medical Science and Medicinal Science."