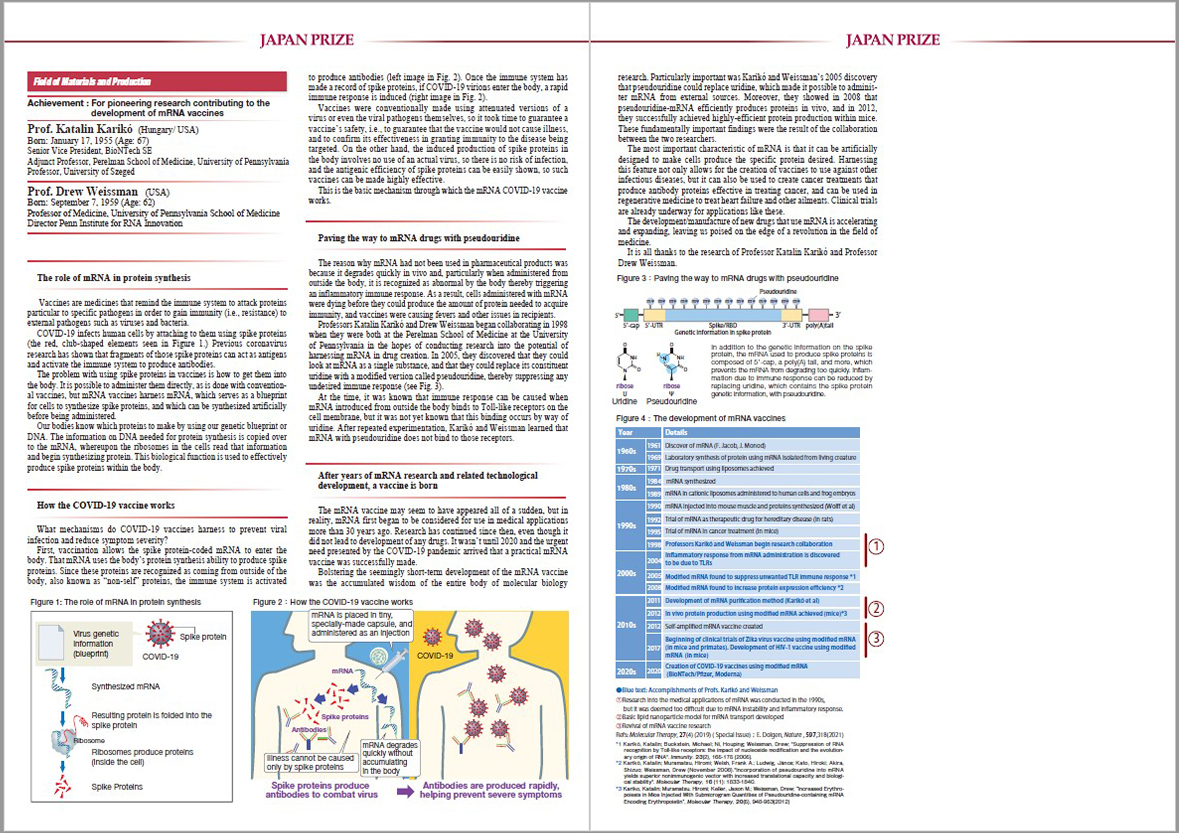 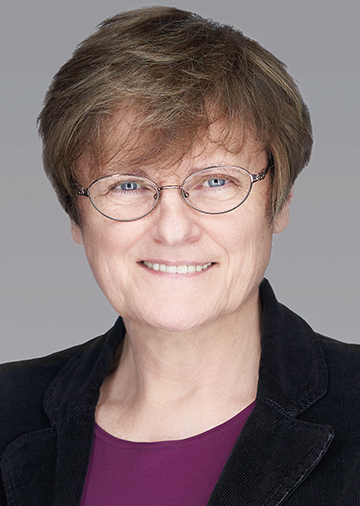 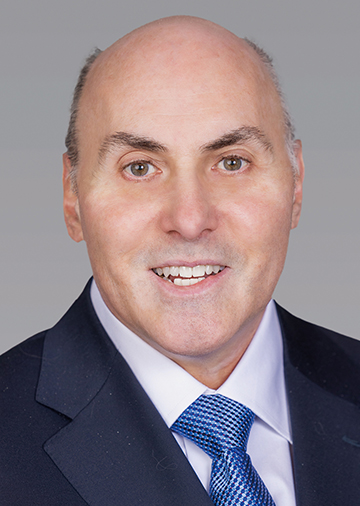 Doctors Karikó and Weissman discovered that by replacing uridine with a modified form of uridine in mRNA, they could suppress undesired innate immune response within the body. Their continued research into mRNA protein production built the foundation on which mRNA vaccines could be developed.

Messenger ribonucleic acid (mRNA) copies and transmits genetic information that synthesizes proteins from DNA. Karikó and Weissman, from early on in their research, believed that this process could be used to create drugs that would, after being administered, produce medically effective proteins (i.e. antigens in the case of vaccines) within the body. However, they realized that mRNA was quickly destroyed within the body after being administered, and mRNA introduced from outside the body was seen as abnormal RNA by the immune system, resulting in inflammation responses due to triggering of Toll-like receptors (TLRs). (Note: TLRs are receptor proteins present in cell membranes and endosomes that sense various pathogens and activate innate immunity – a mechanism by which general pathogens are eliminated in a non-targeted way.) This resulted in cell death, fever, and other issues arising before the amount of proteins needed for immunity could be produced. For many years, it was thought that it would be difficult to apply this process of mRNA in medicines, and it was not put into practical use.

When Karikó and Weissman met at the University of Pennsylvania’s Perelman School of Medicine, they decided to work together on uncovering the potential of mRNA for drug development. Through their collaboration, they discovered that RNA using modified uridine would suppress the immune response of TLRs. In 2008, they discovered that they could effectively produce proteins in vivo using mRNA replaced with modified uridine, and this paved the way to the harnessing of RNA (i.e. mRNA) in drug development. Moreover, in 2012, they demonstrated in mice that mRNA containing modified uridine that encoded a particular protein could be produced within the body at rates ten to one hundred times more efficient than unmodified mRNA.

This research became the backbone of the COVID-19 vaccines currently being produced by Pfizer/BioNTech and Moderna, and made it possible to develop a COVID-19 vaccine in a short period – approximately one year. Those vaccines are now being used around the world (Pfizer having produced three billion doses, Moderna producing 800 million to one billion doses), and under the cloud of the COVID-19 pandemic, they have saved many lives, given people hope that the pandemic will one day end, and helped reduce the global economic losses caused by COVID-19. In addition, these results have raised expectations in Japan and around the world for the development of new vaccine and other mRNA-based drugs, and research into such applications is accelerating.

The achievements of Dr. Katalin Karikó and Dr. Drew Weissman have proved that they deserve the 2022 Japan Prize celebrating their contributions to the sustainable development of humanity in the field of Materials and Production.