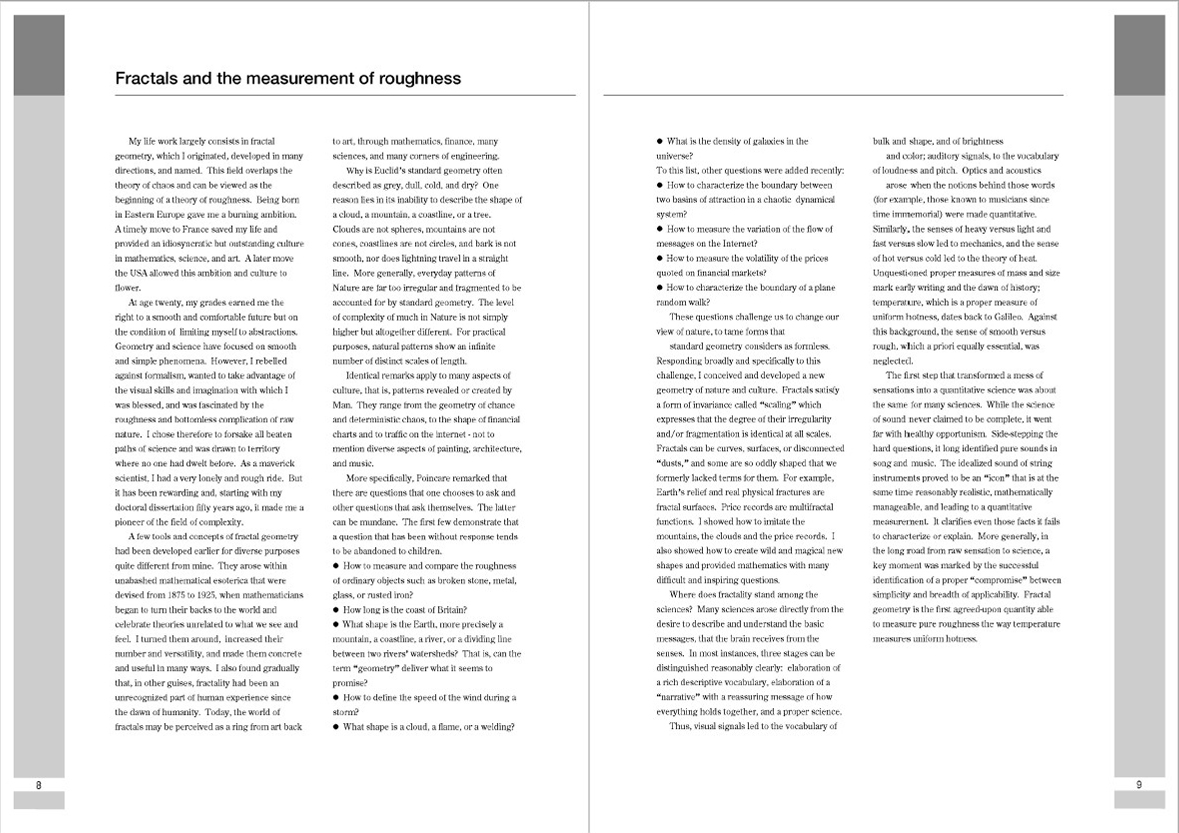 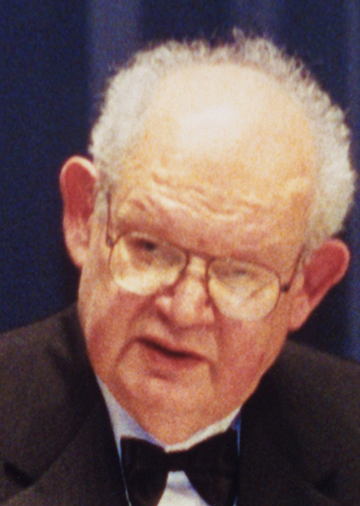 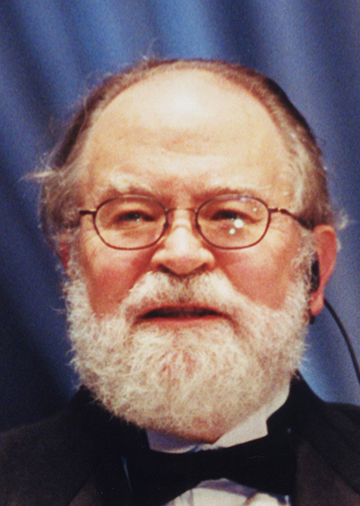 The world we live in is so complex that it is an enormous challenge to understand the fundamental nature of its complexities. Modern science has so far been successful in explaining the world by breaking it down into its constituent elements and then analyzing their properties. However, there are phenomena which emerge only when elements are connected into systems, and which the elements do not have in themselves. Modern science has taken up the challenge to examine those properties going beyond the reductionistic approach. This is called the science and technology of complexity. Nature is filled with complex geometrical shapes such as seashore lines, branching patterns of rivers, biological shapes, and even the curves of currency exchange rates. There is a common feature in such complex shapes: their self-similarity. This is the property that, when a part of a shape is enlarged, the same type of structure appears again. Dr. Mandelbrot discovered that self-similarity is the universal property that underlies such complex shapes, and he coined the expression "fractal." Furthermore, he has illustrated its properties mathematically and founded a new methodology for analyzing complex systems.

Numerous time-varying, complex patterns of behavior are found in dynamic phenomena such as the motion of the planets, turbulence in water and air, variations of the populations of species in ecological systems, and many other instances. These patterns of behavior are described by nonlinear evolution equations. Dr. Yorke has found the universal mechanism underlying such nonlinear phenomena. He named it "chaos", and he has elucidated its properties mathematically. He has played a leading role further development of research into chaos, including its controls and applications. It is still a challenge to understand complex phenomena. The two concepts--chaos and fractal, --have been established as universal concepts underlying such phenomena, irrespective of specific fields. Their applicability has been extended even to modern technology, the arts, economics and the social sciences. Dr. Mandelbrot and Dr. Yorke found, respectively, that fractals and chaos are the universal structures existing in complex systems, and they elucidated their fundamental properties. They have furnished us with new frameworks for understanding complex phenomena, and they have contributed both by establishing fundementals and by providing us with applications. Therefore, Dr. Mandelbrot and Dr. Yorke deserve the 2003 Japan Prize.