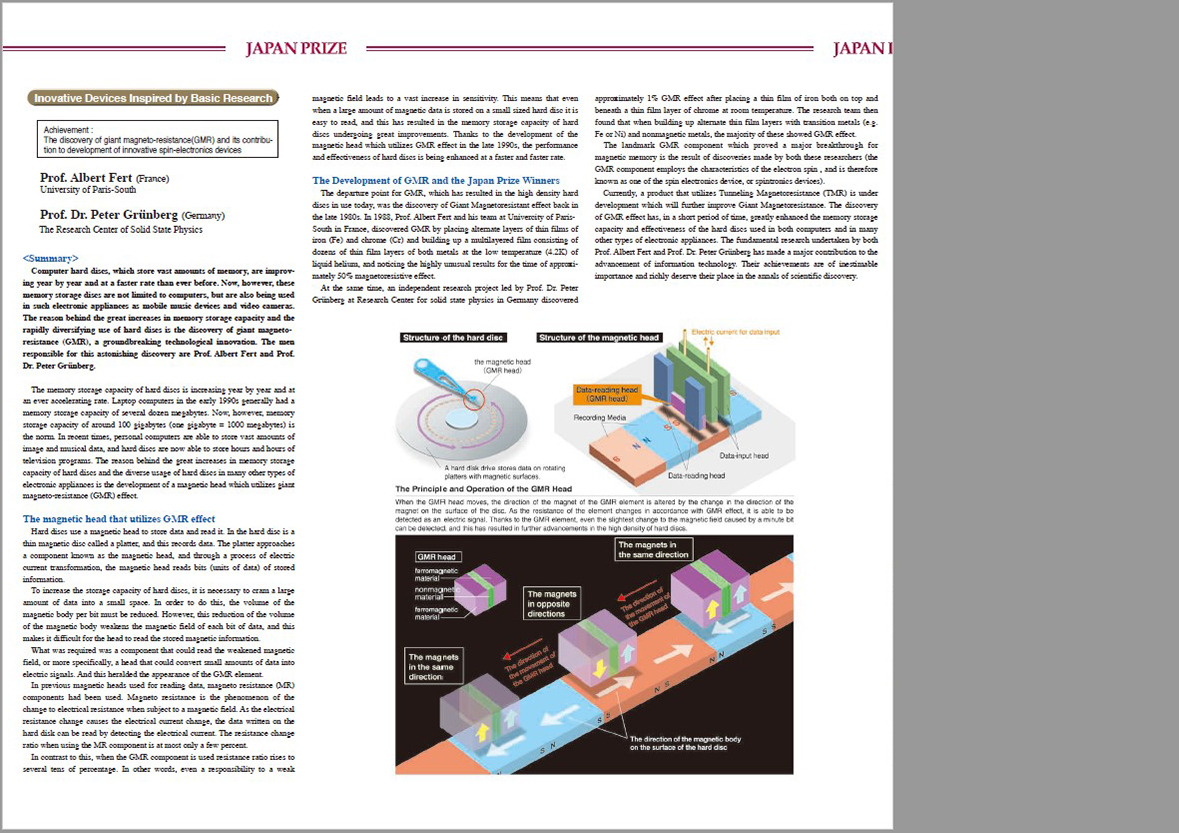 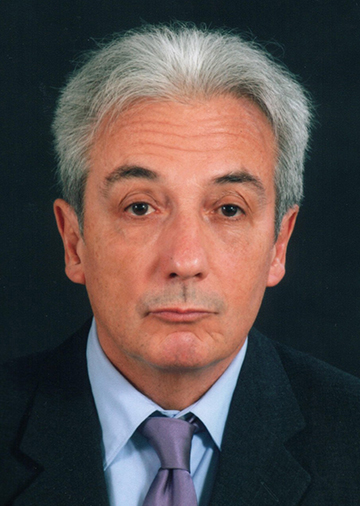 In 1988, both Prof. Albert Fert and Prof. Dr. Peter Grunberg independently and simultaneously discovered the giant magneto-resistance (GMR) effect, the great change of electrical resistance of a conductor when subjected to an external magnetic field. The discovery stemmed from basic research by the two scientists working for many years, and provided a foundation for the subsequent development of the field of spin-electronics.

What is called magneto-resistance effect--namely the effect of magnetization on the electrical resistance of ferromagnetic materials--has posed a challenge for a long time in both fundamental and applied physics. From the 1970s onward, Prof. A. Fert developed comprehensive, pioneering studies for a quantum mechanical understanding of electrical transport properties in ferromagnetic alloys. Through his research, it became foreseeable in the mid-80's that the effect of spin-dependent scattering would give rise to magneto-resistance effects of unprecedented magnitude, provided one finds a means to switch the relative orientation of the magnetization of successive magnetic layers in a multi-layer from parallel to anti-parallel.

In this situation Prof. Dr. P. Grunberg who had a long-standing record of improving the growth and of characterizing the properties of magnetic layers, found that two Fe layers separated by a Cr interlayer couple for a certain Cr thickness anti-parallel to each other could be aligned parallel to each other by applying an external magnetic field. Eventually in 1988 he discovered a GMR effect of about 1% at room temperature in such a Fe/Cr/Fe tri-layer system. Independently from and simultaneously with this research by Prof. Dr. P. Grunberg, Prof. A. Fert's group discovered a GMR effect as large as 50% in a super-lattice consisting of 30 Fe/Cr bi-layers at low temperature (4.2K) by application of an external magnetic field of 1T. Thanks to their studies experts became widely convinced of the potential applications of the GMR effect.

To sum up: the new paradigm of spin-electronics pioneered by Prof. A. Fert and Prof. Dr. P. Grunberg triggered a great advance in basic research that linked the electrical transport and the magnetic phenomenon, as well as in innovative applied research such as nonvolatile memory (MRAM) making use of the finding. In conclusion, the achievements of Prof. Albert Fert and Prof. Dr. Peter Grunberg deserve the 2007 Japan Prize having opened the way for "innovative devices inspired by basic research".